Forty Years On, William Friedkin’s ‘Cruising’ Shows What Cancellation Can Cost Us 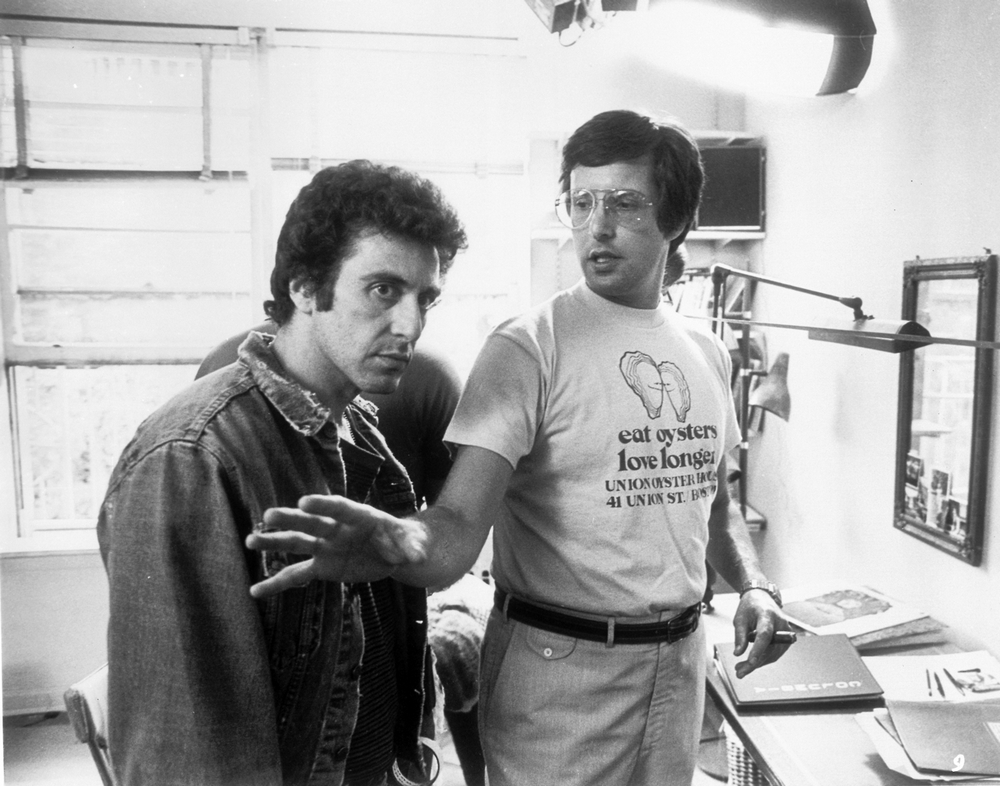 Al Pacino and William Friedkin, on the set of "Cruising." (Photo: United Artists/MovieStillsDB.com)

Forty Years On, William Friedkin’s ‘Cruising’ Shows What Cancellation Can Cost Us

he worst-case scenario for a film that falls afoul of the modern morality police is that its release is scrapped. Certain movies have been banned in countries where censorship laws are more draconian than the United States. But it’s somewhat rarer to see a film fall apart before anyone has even had a chance to see the final product.

Rub and Tug was shelved following outrage over Scarlett Johansson playing the transgender lead. Then there’s The Hunt, which saw its release scrapped — and just today unscrapped — after comments by President Donald Trump and a burgeoning tempest over the film’s gun violence following a series of mass shootings. But it’s hard to know exactly what’s been lost without seeing a movie. For a concrete example of cancellation run amok — and the impact it can have on art — consider William Friedkin’s 1980 effort Cruising, celebrating 40 tumultuous years this month.

Cruising sees Al Pacino as Steve Burns, an undercover cop who is asked to track down a serial killer preying on men from the S&M scene in Greenwich Village. The killer — dressed in leather with dark hair, donning black and blues, almost like a cop — lurks by the bars, and Burns, similar in appearance to the victims, has to blend into the scene to find him. A simple enough story, perhaps even progressive in the victims it highlighted and the ways in which it highlighted the mistreatment of gays by cops of the period. However, the legacy of Cruising is not the film’s content, but the public rallies and boycotts that met the film’s production, with activists attempting to disrupt filming in New York City locales.

The controversy began when columnist Arthur Bell, whose articles in The Village Voice had influenced the story being told, called for the boycotts, predicting that the film promised to be “the most oppressive, ugly, bigoted look at homosexuality ever presented on the screen.” He also commanded its readers to “give Friedkin and his production crew hell.”

Bell was a long-time advocate for gay rights;  his first piece in The Voice was an account of the Stonewall Riots and subsequently he wrote about gay hate crimes being under-examined by New York’s police, in part because of harassment of the victims by the officers. These concerns found their way into Cruising: At one point, cops harass a cross-dressing leather bar patron, and when he complains about it after helping them with their murder case, he’s practically laughed out of the precinct.

Readers took up Bell’s challenge, mounting an effective heckler’s veto: Movie posters were vandalized, air horns drowned out the production; information was leaked on which locations were being used for filming on any given day, forcing production to move; and, finally, rallies were held outside theaters where picketers outnumbered patrons. Gay-oriented businesses refused entry for any cast or crew member. Those working on the film were taunted, leading some gay extras to quit the set. Demonstrators blocked Greenwich Village traffic, and some were arrested. The protesters requested New York Mayor Ed Koch to defund accommodation for film shoots at the city.

The Voice ran a full-page ad from a coalition of gay rights groups on Aug. 20, 1979, stating that the film’s depiction of LGBT people was one-dimensional and too focused on risqué underground sex instead of, say, the jobs these people held. Protesters also suggested the film’s mere existence served as an act of incitement. Dianne Feinstein, who was then the mayor of San Francisco, praised those organizing boycotts of the film on the grounds that corporate America was endangering people. Michael Klemm noted that screenwriter Ron Nyswaner, who wrote Philadelphia, claimed to have “narrowly avoided” suffering a gay-bashing at the hands of Cruising attendees in the HBO documentary The Celluloid Closet.

The accusations of homophobia stung Friedkin. After all, he had directed The Boys in the Band, acclaimed upon its release for being the first major studio film to depict gay characters. But the rise of AIDS and Ronald Reagan’s election had soured the mood of those audiences on the coasts that typically pride themselves in celebrating difficult art; Friedkin’s interest in telling a story intended to provoke rendered him and his work too problematic.

The film’s similarity to a series of crimes also heightened the stakes. Friedkin put off directing it until he read a series of articles exploring a pattern of unsolved murders of leather-bar patrons. One of them involved Paul Bateson, a cast member of The Exorcist who would eventually be convicted of murdering film journalist Addison Verill (he was also a close friend with Bell). And Friedkin had a friend similar to Al Pacino’s character, a cop who went undercover looking for a serial killer in the gay scene.

Pacino — who had previously played an undercover detective in Serpico and a bank robber in Sidney Lumet’s Dog Day Afternoon trying to earn money for his lover’s sex change operation — was perplexed by the outrage. Pacino has defended his character in many interviews over the years saying that it is the actor’s duty to portray characters that aren’t exactly like him, and that the leather bars were “a fragment of the gay community,” in the way that mafia is a small contingent of Italian-American life.

Friedkin also had some conflicts with the Motion Picture Association of America, which made it even more difficult to distribute the film. Cruising, due to its depiction of the S&M counterculture, was given an X rating before 40 minutes of sexually explicit footage were cut to secure an R rating. That missing footage renders the film more difficult to follow and muddles the audience’s ability to track the destabilization of Pacino’s character as the film progresses.

Critics were unsparing once it was finally released. Metacritic highlights a pair of slams from The Washington Post, one by Gary Arnold (“lurid, shambles … even the most ardent sensation-seekers are likely to trudge out of this fiasco with their brows knit into a collective ‘Huh’?”) and the other by K. Summers (“Technically the movie is flawless. … But that’s hardly a reason to sit through the rest of this wretched film”). Variety was equally unsparing (“Cruising … resembles the worst of the ‘hippie’ films of the 1960s”).

Over the years, Cruising evolved into a cult hit. Camille Paglia declared Cruising to be one of her favorite films, comparing the “underground decadence of Greenwich’s S&M culture” to The Story of O, and the soundtrack as “radical.” Years after his newspaper had led the effort to cancel Cruising, The Village Voice’s Nathan Dole described the film as a “lurid fever dream” with “a heady, horny flashback to the last gasp of full-blown sexual abandon” in 2007. James Franco cited the film as a major influence for his directorial debut Interior. Leather. Bar, the premise of which predicated on the “missing 40 minutes,” as framed through the lens of LGBT progress. Boutique Blu-ray purveyor Arrow Films recently released a deluxe edition with a sparkling transfer and featurettes highlighting the film’s troubled production.

If Cruising were to be released today — in a time of instant social-media punditry when a film goes through a backlash and a backlash to the backlash before it exits the festival circuit, let alone hits wide release — one can only imagine how it would be treated. In 2015, the film Stonewall, which was directed by Roland Emmerich, was slammed even before its release for supposedly whitewashing the story behind the Stonewall Riots. (Spoiler: It didn’t.) Adam, which was directed by a transgendered person, faced boycotts and petitions for being transphobic, as the premise involved a cisgender straight man who is confused by a butch lesbian for being a trans person.

Bell, to this day, stands behind his determination to damage the film. What he sought was “responsible art” from William Friedkin, and one can understand his concerns even if one does not share them. But “irresponsible” art has a place in society: to provoke people and take them out of their comfort zones, inspiring empathy and sympathy for those they may not otherwise encounter. And we’re all poorer from losing a potential classic from a directorial genius in the midst of a colossal run that included The French Connection, The Exorcist, and Sorcerer, because some scold somewhere decided we couldn’t handle a complicated, difficult portrait of a world most of us will never experience.