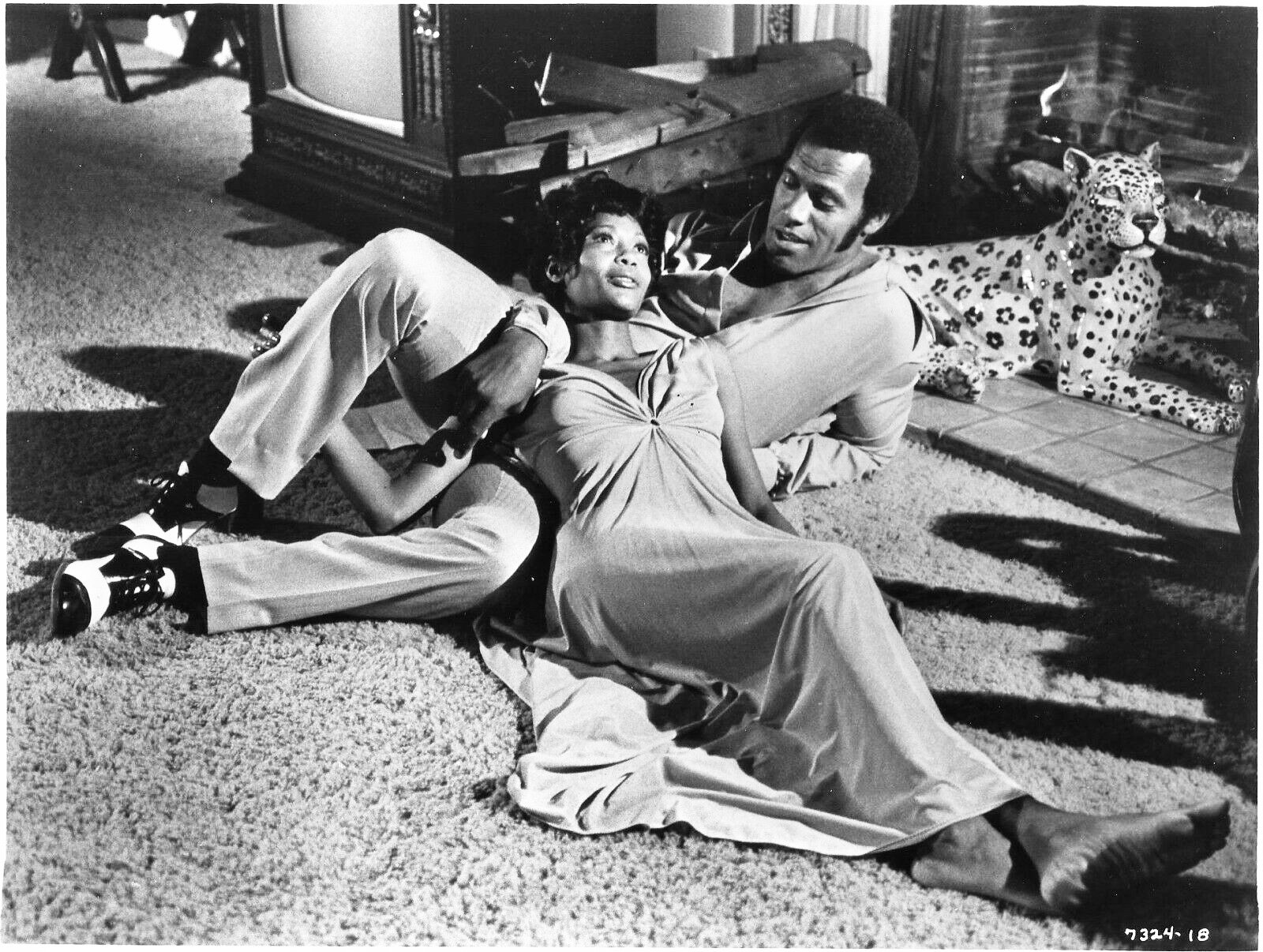 Sounds like self-discrimination if you buy into this idea.

Thank you for the opportunity to express my thoughts, but I’m not sure you are asking the right person to talk about African-American Cinema.

We can begin with me being a kid back in the 50s, going to all the movies I could. I was a real fan, but always wanted to see more Black faces on the screen. When I did see a Black face on the screen, I always left the theater disappointed in the character I saw them playing. Sure, some of them were funny — but they always seemed sad at the same time, because the person playing those roles was reduced to those typical characters in order to work as an actor. I never saw Black folks in real life act like the characters on the screen.

These images helped frame my attitude as a young man facing color obstacles. I was trying to figure out who I was going to be. Fortunately, I had the good looks and a tough façade helping guide my decisions. It was never in my mind to become an actor and try to make changes. But I knew I would always be me, my own person, like it or not. If you don’t like Black, it’s your problem, not mine.

I remember I was in the ninth grade and idolizing two Black athletes who were seniors. They were the two big men on campus with the reputation of being two bad-asses. Don’t mess with them or they’ll kick your butt. But you know what? I never saw them kick anyone’s butt. It was the way they carried themselves. They walked down the hallways like they owned them. Okay, I thought, that’s the secret. Attitude is key.

I became them. They helped me understand that my challenge was myself. Anything outside of me and my will was merely a nuisance, but never a challenge. All of my accomplishments have been based on this attitude: The challenge is me, not anything outside of me. The challenge to be smart, to be fit, to be creative, to be always learning. Color has never played a negative part in my life. Maybe only to motivate me to try harder ... harder than the other person until I succeed. This is why I say I am probably the wrong person to ask about “African-American cinema”: It doesn’t explain my existence in the industry, and, if anything, the implicitly derogatory nature of that designation served as a great motivator for me to always try harder and be better.

Since being in the business and deciding to make my characters far removed from what I was exposed to as a kid, I’ve maintained an image that stemmed from my days as a 10-year professional football player with the nickname of “The Hammer.” That nickname defined my existence on the field as a defensive back. Note: It wasn’t a Black Hammer or a White Hammer, it was a blow struck perpendicular to the earth’s latitude and it worked on all opponents no matter what their race or status.

I remember one occasion that really pissed me off. My folks are from the South and at one point they decided to visit relatives in Jackson, Tennessee. I was young and I was getting all of these instructions on how to act while we were there. This information was falling on deaf ears. I couldn’t see how anyone could live under these limitations.

One afternoon, I was taken to a theater to see a Charlie Chan movie. I started toward the front entrance but was pulled aside and pushed toward some outside stairs leading to the theater’s balcony. I was told I couldn’t go in the front door, and this is where we’d have to sit. Man, what a rat hole! It smelled like pee and poop. I didn’t get it; if we were forced to sit here, why wasn’t it being better taken care of by the people who are forced to use that area? You can’t complain about something that is caused by you, Black or white.

Okay, so they make you sit in the balcony because you're Black. Don’t go. Don’t support the theater. I was not happy about the entire situation. I left very confused. I was probably about 13 and this was a lot for someone young to digest. Especially me. I’m not a violent person, but for sure at least on one occasion I would have gone to that theater and walked through the front door. I might pay the price for it, but at least I would have tried. Years later, I would be in a similar circumstance, and I would handle that very differently. But that’s another story for another time ...

High school was an interesting time. As previously stated, I’m not a violent person, but I was involved in a lot of fights, mainly with Black kids who thought I was too full of myself. Even today I encounter the same attitude, but the fights aren’t physical.

They’re mainly a misconception of who I am and what I represent.

My high school fights were about trying to get me to conform and join a gang, first in Gary, Indiana, and later in my later teen years in Chicago. I finally beat their system by creating my own gang. It was a popular gang and it will go unnamed.

My gang was a protection gang. It helped you when other gangs were bothering you. It worked for a while until one of the gangs decided to get into drugs. Their system was to get the 12- and 13-year-old kids to act as mules and carry the stuff. If they got busted, the police couldn’t arrest them because of their age. It was mainly white gangs working with the drugs, but they used Black kids to move product around town. Consequently, the conflicts between Black and white gangs because more violent.

I was getting more heavily involved in creating a safe haven for the Black kids, but I realized I was fighting a losing battle when, one day, a Black mother cussed me out for taking the drugs away from her young son because he was the source of the family’s income. She told me in no uncertain terms to mind my own business.

I was sitting in the police station one day after a big street fight, when a white cop came and talked to me. He explained how I was fighting a losing battle with no future. I was a junior in high school at the time. He convinced me that I should use that anger inside me to my own advantage. “Go play football,” he told me. Problem was, football didn’t interest me.

Track did interest me, so I decided I’d go out for track to please myself. But I’d try football, too. Track was easy: I had natural speed, like most Black kids. I had no direction, but that would be up to the coach to guide me. I excelled in track and in my senior year I was sprint champ as well as shot-put champ.

Football, on the other hand, was not an instant realm of success. I had a not-so-smart white coach who saw me as a defensive tackle. Tackle! Can you imagine a sprinter on the defensive line trying to be a tackle? One of the fastest kids in the state playing tackle?

It was my senior year and we only had four games left in our season. Our two running backs were hurt and the Black assistant coach came over to me and asked if I wanted to run the ball. I said, “Hell yes!” but told him I didn’t know the plays. He told me not to worry, the quarterback will tell you. The angry white coach came over and asked me if I was ready. “I’ve been ready,” I replied and he told me to go in. So in to the game I strutted with a new pride knowing my speed would save my ass.

The first play the QB said 32 on hike. “What the hell is 32?” I asked. He told me right side of the center. Oh, OK, no problem. I took the ball and ran like a crazy person back and forth on the field. Probably ran 30 yards back and forth but only gained 5 before I was finally tackled. As I was on the ground, I was saying to myself, “That didn’t hurt, this is fun!” I excelled in the last three games and the rest is history.

Looking back, I wish I could thank that white cop who pointed me in the right direction. We can all make a difference at some point in someone’s life. It’s important to take a few minutes and make the effort. We don’t always know who we are helping and the impact it will have on their life in the future.

I graduated with high marks and had over 15 colleges offering me full track scholarships to attend their schools. I favored the Big Ten so I visited five of them and they all pulled the same routine. They would send four or five of their Black students to show me around town. They took me to all the Black restaurants and clubs. After the fifth school, I said to myself, I know this life and I want more. I wanted more exposure to the challenges I knew that I’d face once leaving high school.

In my mind, Black is only a color, not an explanation of one’s character. I kept telling myself this. Finally, I had to decide on which college I wanted to attend. The last college to approach me was Northwestern. Wow! An egg-head, predominantly white college was interested in me. I said OK, I’ll check it out. And I did!

My first big shock was they sent a big white limo to pick me up. All the neighbors in the “hood” came out to see who was getting into the limo. As I walked out of the house, I waved at the neighbors like a rock star. Some of them waved back. My mom was in the house crying, wondering why I wanted to go to this white college and not to Grambling or Tennessee State.

I couldn’t fully explain to them what I wanted or felt because they had long ago settled into a complacent lifestyle. They would never understand. They stayed in their safe place and didn’t want to make waves in “white society.” As for me, once I got into that limo and it pulled away from the curb, it took a young man from Gary, Indiana, into the new world that had been waiting for him all along.

The future was about to begin.