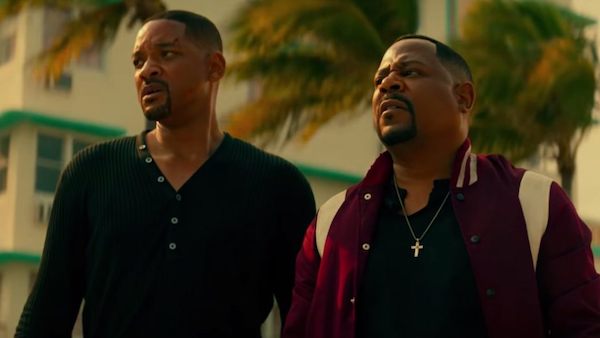 I’m not going to see Dolittle.

This is not a review, so I feel comfortable saying that. I just have no desire. Maybe if my kids were a little older. Maybe. Hollywood’s repeated efforts to turn Dr. Dolittle, Hugh Lofting’s most famous creation, into a cinematic enterprise are warning enough to stay away, the stench of creative bankruptcy keeping any normal moviegoer at bay. Anyone who has read Mark Harris’s book, Pictures at a Revolution, should know that Dr. Dolittle is a watchword for Hollywood decadence; in it, Harris contrasted the 1967 iteration of the movie with vital features like Bonnie and Clyde and The Graduate, all of which earned best picture nominations somehow. Anyone who has seen the Eddie Murphy iteration of the movie from 1998 knows what happens to talented comic actors saddled with creepy talking animals and cute kids.

I don’t need to be reminded of what passes for creativity from Hollywood. I don’t need to be depressed by the sight of the star of adult fare like Kiss Kiss, Bang Bang, finally extricated from the Marvel machine only to be tossed up against a CGI dragon, which exists in this movie for some reason if my viewing of advertisements during football games last weekend is any indication.

So: I’m not going to see Dolittle. I did, however, rush out to see Bad Boys for Life. Thursday night, IMAX, with a paying crowd: It’s the only way to appreciate a movie like this, really.

That's the way I would’ve preferred to appreciate Michael Bay’s 6 Underground. In a theater. With an audience. Watching it on the biggest screen possible. Being blasted by sonic booms. Soaking in Ryan Reynold’s smarmy charm while his grins are the size of a billboard and he’s dangling an eyeball the size of the Sunsphere from an optic nerve as it swings to and fro in a car that's doing wheelies in a museum as it destroys priceless pieces of art.

I mention Bay because the Auteur of Awesome originated the Bad Boys franchise, directing the first two installments. He has departed cinemas for greener pastures, the Elysian fields of Netflix, where the algorithmic overlords are pumping billions — $17.3 of them, in fact — into the entertainment ecosystem in the hopes of pleasing just about everyone with something for some amount of time. To win the war against sleep, you could do worse than enlisting Bay.

He’s handed directing duties off to Adil and Bilall, a Belgian duo. They capably mimic Bayhem, but a more toned-down version of it, occasionally a more tongue-in-cheek version of it. At one point they ape the classic Michael Bay spinning 360 shot — you know the one

— but the shot ends when Marcus (Martin Lawrence) slams the door of Mike’s (Will Smith) Porsche into a fire hydrant.

The visual cue here is clear: This is the same, but different. A bit more self aware. A bit calmer. The two were on their way to the hospital, after all … not to save someone from bleeding out, but to see Marcus become a grandfather. Old boys, old boys: What you gonna do?

There’s something reassuring about seeing Martin Lawrence play hefty in this movie, a bit bigger and bloated. Age comes for us all, and those of us who try to fight it — like, say, Will Smith — find that the end result is never quite as appealing as settling into what you are. The bickering between Marcus and Mike in this movie has a lived-in quality to it, a genuineness that makes you wonder why we waited 15 years between installments of this franchise.

Despite being elder statesmen and despite Adil and Bilall never quite reaching the manic apex of Bayhem at its best, Bad Boys for Life is still a fun time at the movie theater. It earns its R-rating, dropping casual profanity and brutal violence in the mix with some more PG-13, Fast and Furious-style T&A shots.

But the end of the film is a bit disappointing, because it also tacks on a Fast and Furious-style teaser, a promise of more action and adventure that jettisons any sense of morality in the hopes of earning more dollars. And I know: It’s weird to be talking about morality in a Bay-adjacent picture like this. But there’s something to be said for a stark universe of villains and heroes, one that doesn’t muddle about with attempting to get us to empathize with the bad guy. Bad Boys for Life’s biggest flaw is its half-assed attempt to get us to care about the cartelista that Mike and Marcus are trying to take down. I found myself resenting the whitewashing of his crimes by film’s close.

Still: a fun time in the theater! The audience I watched it with had a blast. And there was nary a talking animal in sight. The unending franchise war rages on … though I can’t help but feel the R-rated Bad Boys for Life trouncing the nth iteration of Dolittle at the box office is a hopeful sign of things to come.