Berg Squared: The Many Pairings of Mark Wahlberg and Peter Berg 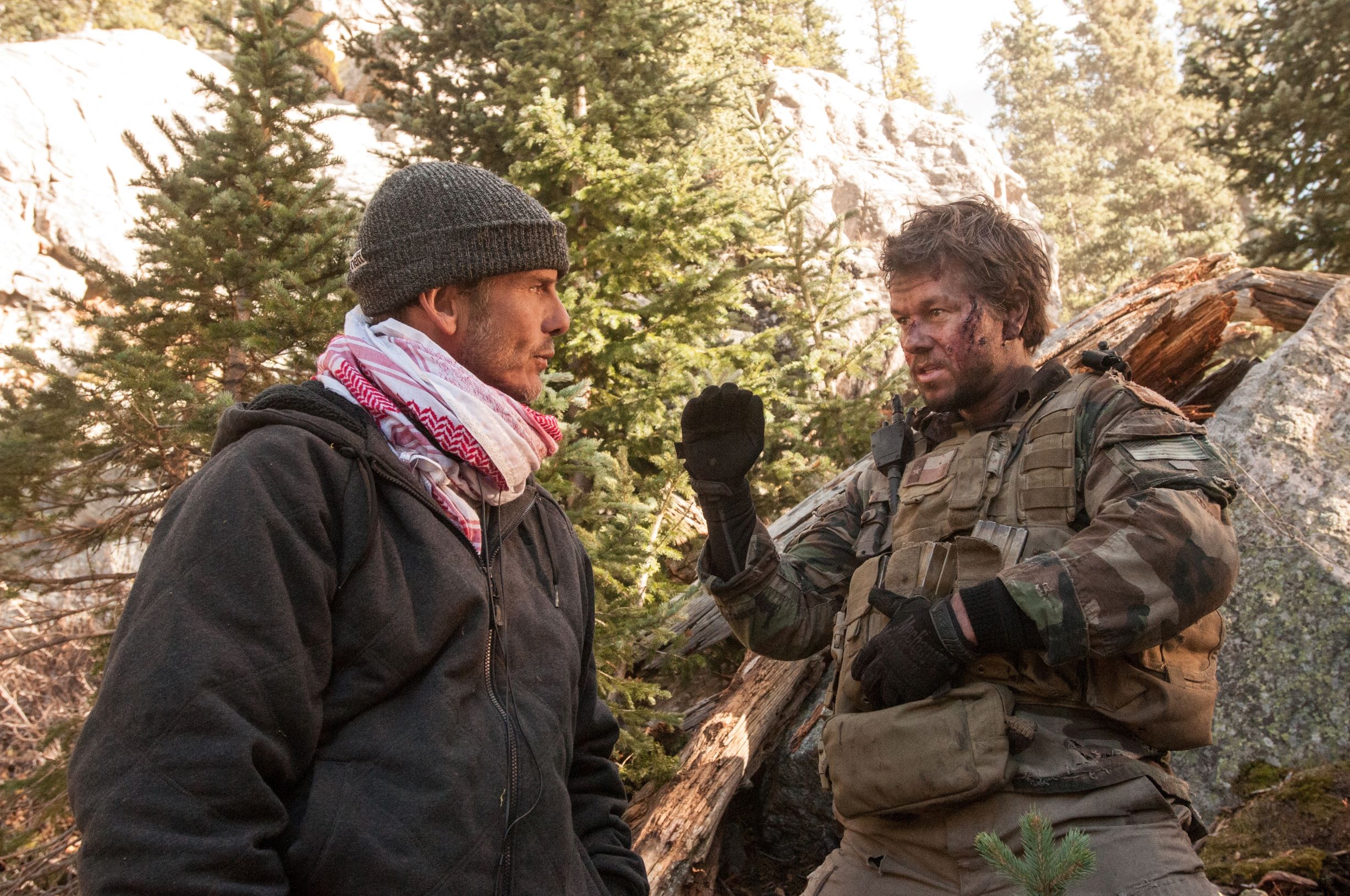 Berg Squared: The Many Pairings of Mark Wahlberg and Peter Berg

ome directors find artistic synergy with specific acting talent: Scorsese and DeNiro; John Ford and John Wayne; Assayas and Binoche. They share a shared appreciation of form and craft mixing perfectly with subject matter. Mark Wahlberg and Peter Berg constitute one such pairing. Wahlberg is Berg’s onscreen persona, carved into flesh, and blood, and abs. He is who Berg thinks he is, or better stated, who he would like to be if he did 1,000 crunches every morning. The uncomplicated hero. The man of the people. The guy’s guy. The post-modern Rick Flag.

As I went through the four films these two career filmmakers have released thus far — Lone Survivor,  Deepwater Horizon,  Patriots Day, and  Mile 22 — I grew increasingly impressed with Peter Berg’s deft juggling act between giving the people and events of his focus credibility, while still trying to make a movie worth our 15 dollars on a Friday night. There’s a fixation and esteem for the roots of Americana, the genteel integrity of the working class of his country, that precious few liberal filmmakers truly understand. I wonder how much of  Deepwater Horizon  would have been cut from the film had anyone else made it. Berg’s clerical attention to the mechanical minutia of operating a commercial oil drilling rig of that size is unusual, and I imagine a whole coterie of directors more focused on the ecological ramifications after the catastrophic events of the movie, an entirely different film fattened up with a bevy of post-horror environmentalism. Berg, instead, loads up the front of his story with the day-to-day routines and checklists these roughnecks adhere to, giving these men and women, as well as these tasks and jobs few would find provocative, their moment in the spotlight, while also lending his film a necessary sense of habitat and geography.

Peter Berg’s father was a marine. His mother, a nurse at a psychiatric hospital. Mark Wahlberg comes from a Dorchester goon-mill, the youngest of nine Wahlberg children. Both men seem to have a genuine affection for country and countrymen. I could simply point to all the references to country music throughout this quadruple-pack of movies as a signifier that Peter Berg at least tries to connect with Middle America. He cast Trace Adkins in  Deepwater Horizon. Jason Aldean’s version of “Dirt Road Anthem” is given a moment in  Patriots Day, and a Zac Brown Band concert figures into the potential future of two of the movie’s characters.

The Wahlberg charisma is difficult to define with any measure of detail. It certainly has nothing to do with his ability to grow a beard of any propriety. I believe his charm can be distilled to a single perception from the American public: We get the sneaking suspicion he likes us more than the rest of Hollywood seems to. In that respect, he feels like our ambassador to Tinseltown, and not the other way around. He’s the union rep of the American citizen. Right along with Peter Berg, Wahlberg is our collective intermediary. These two men genuinely want to represent the indelible spirit of their country on film. A trait which, more often than not, gets mislabeled as jingoism. As if patriotism needed a muzzle, lest its sincerity be condemned as hawkish haranguing and saber rattling.

Berg’s films concentrate on Americans first and foremost, and not so much America: a complex, nebulous concept to try to wrestle any formative position with. America is only great because most Americans are well-meaning, decent people. (It is telling, perhaps, that the inciting incident of Mile 22 — a movie about the dangers of blowback and international meddling and hubris inspired by supposed technological superiority — is a rare lapse in decency by someone on one of Wahlberg’s teams.) Perhaps this is the exact association Peter Berg finds kinship with inside country music? The music promises heartache and pain (and drinking, and revelry ...) but it never gets too bogged down in issues. It’s the voice of the land beneath our feet. It is both reality and folklore, locked in step together, much like this filmmaker’s Wahlberg collection.

In  Lone Survivor,  Navy SEALS jump off cliffs to survive an overwhelming Taliban assault. In  Deepwater Horizon, roughnecks bail off of a burning oil rig. In  Patriots Day  (Berg’s best film, I believe), beat cops go toe to toe with armed terrorists on suburban Boston streets. In these three films, Berg seems to be fascinated with the American ability to leap before we totally comprehend what we’re getting into — that sometimes the fire is preferable to the frying pan. The situation inside the frying pan might beyond our control as is our lot as pawns of fate and misfortune. Disaster simply befalls us whether we’re looking for it or not. It is our ability to leap wherein our true agency resides, and Americans are all about agency — even when it gets us in trouble.

Mile 22  is mostly a low-calorie fan letter to Clint Eastwood’s  The Gauntlet  and Gareth Evan’s superior (to most films) The Raid: Redemption. By contrast, it’s the least impressionable of the Wahlberg/Berg canon, though I must contend that it’s a far better film than its critical marks would indicate. Yet it’s in this particular movie where we discover the ambidextrous director/surrogate relationship Berg has with Wahlberg.

Mark Wahlberg’s character, James Silva, is given to long, discursive discourses on foreign policy and the general lack of human conscience it takes to be a successful CIA operative in contemporary geopolitics. His character spits soliloquies like:  “We live in a new world, these are bloody times. Evil exists. Horror exists. The great game continues. If you have patience you don’t expect it to end soon.”  And:  “Diplomacy never works once the match has been lit to start the fire.” And:  “You have home-court advantage. You have a larger team. Unlimited resources due to the support of a phenomenally corrupt government willing to kill innocent citizens. Plus, a local special forces which we designed, and trained, and built for you.”  Berg cuts these laborious lectures on hard-assed, global civics in between the action set-pieces of the film, and they do reek of noxious pulpiteering. Until the sound of his own voice coming through the can at the other end of the cord — Mark Wahlberg’s mouth — grows even too tinny for himself. So, he deploys a secondary executor, John Malkovich’s James Bishop, to finally give himself the permission he needs to quit preaching and just play the damn movie.  “Stop monologuing, you bipolar fuck,”  says Mr. Bishop. Berg yields to his inner commentator in what ultimately amounts to maybe the most perceptive case of oscillating directorial instincts ever caught on camera. Was this a deliberate shot across the bow of modern filmmaker’s propensity toward progressive diatribes in genre cinema? Or just a man coming to terms with his own hubris during post-production? Either choice just might be a work of creative inspiration.

Pedro Schwarzenegger is a true Northman. A savage man in a savage place and time. His taste in cinema? Savage. And yet he does all his writing on an iPhone, like some kind of candy-ass millennial.