Bleeding Edge Cinema: Controversial Classics That Still Have the Power to Shock (Part 1) 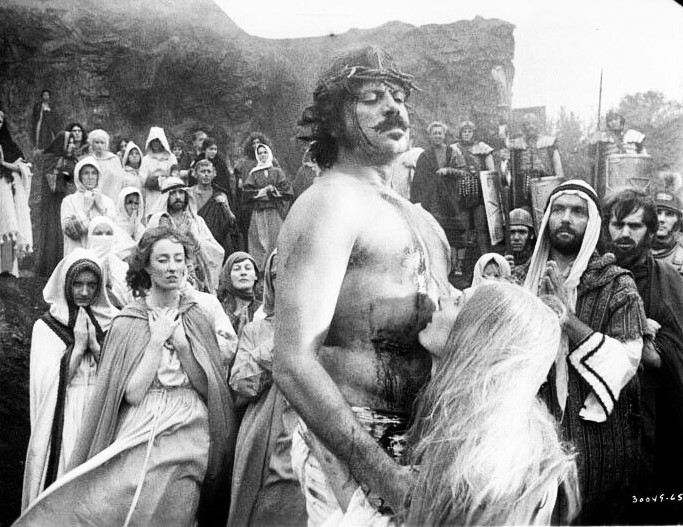 Bleeding Edge Cinema: Controversial Classics That Still Have the Power to Shock (Part 1)

ince today’s media landscape provides nearly any film fanatic — at least those with uncensored internet access, region-free hardware, and maybe a VHS player, depending on your tastes — with a virtually endless smorgasbord of movie choices, it’s easy to overlook the intense uphill climb some now-legendary films faced at the time of their release. Censorship has always been an obstacle to subversive filmmaking, but intrepid cinephiles always find a way around those barriers and our culture is all the richer for their efforts.

That’s why I decided it’s time to honor cinema rebels on both sides of the screen: filmmakers who tested the limits of what their respective societies considered “proper” art and entertainment, and the folks who found ways to sneak around those legal blockades and share their discoveries with fellow fans.

Culturally, film censorship tends to loosen its grip with each new generation. In the United States, television networks can air content that might have garnered an X rating a couple of decades ago. The United Kingdom, which once launched an infamously misguided campaign in the 1980s criminalizing so-called “Video Nasties,” has relaxed its once-rigid controls on what citizens are allowed to watch in the privacy of their own homes.

I’m not just talking about splatter movies, mondo shock-docs, or other graphic exploitation fare. Dozens of films across every genre and subject, many of which we now consider classics (or at least cult favorites), once fell prey to the censor’s scissors — and some of them still face restrictions in multiple countries today.

This series aims to bring you up to speed with a “greatest hits” collection of these films, most of which aren’t so hard to find now and several of which are widely considered landmarks of their respective genres. Some of them even seem tame by today’s standards — but controversy will always be hot on the heels of outsider artists, so it’s important not to take easy access for granted.

With that said, let’s take a chronological journey through the history of the world’s most controversial movies, many of which retain the power to shock and provoke viewers decades later.

controversy from the very beginning. One of the most memorable films from the silent era (and a resource of occult imagery for goths and Wiccans everywhere), Häxan rattled would-be moralists around the world when it was released. It was banned in the United States for scenes of full-frontal nudity, graphic violence (mostly demonstrations of Medieval tortures), and Satanic debauchery.

Since its blacklisting, Häxan has experienced a resurgence in popularity and critical praise: It was embraced by American counter-culture in the late ‘60s after the distributor released an English-language cut with a jazzy soundtrack and narration by William S. Burroughs. Today, it’s widely considered one of the greatest documentaries ever made, finally entering the digital domain with a high-def remaster and a Blu-ray edition by the Criterion Collection. Even now, screenings of the film prompt the question, “How did they get away with this back then?”

It may seem like I just skipped 45 years between entries, but there’s a reason not many films popped up on the radar during this era. After the initiation of the Hays Code in 1934, which enforced strict censorship against “immoral” content, followed by the creation of the Motion Picture Association of America in 1968, under which filmmakers were pressured by the industry to conform to the moral status quo, most movies were stripped of controversial content in order to reach a wider audience. Only after the collapse of the studio system did the permissiveness of the late ’60s began to transform cinema — not just in Hollywood, but overseas too.

At the beginning of this period, another documentary threw a big ol’ rock at the establishment: Frederick Wiseman’s groundbreaking Titicut Follies, one of the first feature-length docs to expose systemic abuse in mental hospitals (specifically Bridgewater State Hospital in Massachusetts). State officials called for a ban on public screenings of the film, claiming it was a violation of patients’ right to privacy — but Wiseman continues to insist the ban was intended to do nothing more than muzzle his shocking documentation of patient abuse. The ban remained in place until 1991, but by then the film had raised awareness of abusive treatment in mental facilities worldwide, leading to the closure of Bridgewater and other similar institutions. This may be the first example of shock value actually saving lives.

Four years later, flamboyant and transgressive filmmaker Ken Russell (Tommy, Altered States) completed an epic, award-winning production so shocking it would soon make him a household name. Adapted from Aldous Huxley’s 1952 novel The Devils of Loudun, the film dramatizes the bizarre but true events leading up to the execution of Catholic priest Urbain Grandier in 1634 on charges of witchcraft. In much the same way Arthur Miller’s play, The Crucible, used the Salem Witch Trials to tackle the topic of so-called “mass hysteria” and its manipulation by corrupt men in positions of power, The Devils takes the same concept and cranks it to 11.

The result was no less than an international scandal as the film’s graphic depictions of sexuality, blasphemy, and torture led to it being banned in multiple countries and severely edited in others. Warner Brothers, which agreed to distribute the film, nevertheless cut several minutes from the release print, which still landed the film an X rating in the United States. The film is banned outright in several countries today, particularly for its biting criticism of corruption and abuse of power by organized religion. Four decades later, Warner has yet to release Russell’s original cut of the film despite a 2002 digital remastering in England taken from the original 117-minute negative in Warner’s own vaults. There are bootlegs of this cut available, and the U.S. cut can be viewed on digital platforms, but the studio still refuses to release it uncut. Even in edited form, however, The Devils retains the power to shock.

We tend to take the films of Stanley Kubrick for granted nowadays since he made cinematic history with each new project, and most of us have at least a couple of his titles in our home collections. But not everyone realizes what a shitstorm of controversy A Clockwork Orange stirred up on release. Kubrick’s script stayed true to the words of author Anthony Burgess, but as you know, Kubrick’s vision makes virtually any story his own — and the corrupt, dystopian near-future depicted in the novel is even more disturbing when we see it acted out on screen. Rape, murder, and torture are just an average night out for anti-hero Alex (Malcolm McDowell, in his career-defining role), and Kubrick’s unflinching camera brings his sociopathic shenanigans to life in living, bleeding color.

Warner Brothers actually released the director’s cut of Clockwork in U.S. theaters. It received an X rating, which Kubrick felt would stop a majority of people from seeing it (despite the also X-rated Midnight Cowboy landing a Best Picture Oscar just two years prior), so he withdrew that version and replaced it with a tamer R-rated cut. A series of violent crimes perpetrated by teenagers who claimed to be fans of the film sparked public outrage in Britain, and Kubrick made the unprecedented move of pulling his own movie from U.K. cinemas voluntarily. The current Blu-ray edition of Clockwork represents Kubrick’s cut — now rated R instead of X.

While The Last House on the Left was released intact with an R rating, it nevertheless sparked regional protests when it premiered: Writer/director Wes Craven even claimed some audiences demanded prints of the film be destroyed. But this may have been fictional, and perhaps strategic: The distributor’s savvy promotional campaign leaned into the controversy, putting quotes from Craven and producer Sean Cunningham on the poster that defended the film’s moral center and critical stance toward violence. While most mainstream critics took the opposite view, stating that Last House glorified its sadistic villains and exploited brutality against women, others championed it as a harsh but effective morality tale about the endless cycle of violence. UK censors weren’t as kind to the film, however, and it became one of the infamous “Video Nasties.” It was finally released there uncut in 2008 — 36 years after its debut.

With that said, the controversy surrounding Tango has never really gone away. It was stoked again in 2006 when Schneider revealed during an interview the cruel and abusive treatment she endured from Bertolucci & Brando, stating she was sexually abused and psychologically damaged by the “butter scene” (the rape itself was simulated) with the full knowledge and encouragement of the director, who apparently added the unscripted scene at the last moment. These rumors have yet to be fully proven (and may never be, as the director and stars have since passed away) but rose again at the dawn of the #MeToo movement, when revival screenings of the film faced protests and cancellations because of the emotional abuse Schneider said she suffered at the hands of her director and co-star.

Pink Flamingos is a benchmark in the career of John Waters, famed provocateur and purveyor of bad taste. Like many of the films covered here, more people have heard about this notorious celebration of trashiness than have actually seen it, but its reputation as one of the first “Midnight Movies” has secured its place among the most beloved cult films of all time. Waters is known for his adoration of unbelievably gross characters plucked from Baltimore’s counterculture, but none left a more lasting impression than his go-to heroine, Divine — an outrageously dressed, gravel-voiced drag queen who would later achieve cult stardom. While Flamingos is a virtual catalog of depraved and disgusting acts, the film is most notorious for a scene in which Divine scoops up and gobbles down a very real pile of dog shit.

While Waters’ wry humor and affection for his characters soften the grotesque impact of scenes like this, the morality police nevertheless descended on Pink Flamingos like hyenas — mostly for its borderline pornographic sex acts, combined with over-the-top violence and deliberate intent to offend snobbish film critics. But the film withstood many attempts to ban or censor it in multiple countries, thanks mainly to its cult reputation among underground cinema fans and a large following by the gay community worldwide. Midnight screenings continue today, and I’m guessing there’s at least one theatrical showing going on this weekend somewhere, playing to a packed and rowdy house.

Come back soon for Part 2, as we continue our journey through the history of shocking cinema!

Gregory S. Burkart is a writer, filmmaker, musician, reporter and editor for multiple genre publications and sites including Fangoria, Dread Central, Blumhouse, Bloody Disgusting and FEARnetTales from the Netherweb DREAD: The Unsolved . He and partner Simone C. Williams co-produced the series for Blumhouse and for Dread Central. They are currently developing multiple features and TV series under the Würkart Entertainment banner.