Complicated ‘Corruptor’: Shades of Gray in a Complex World 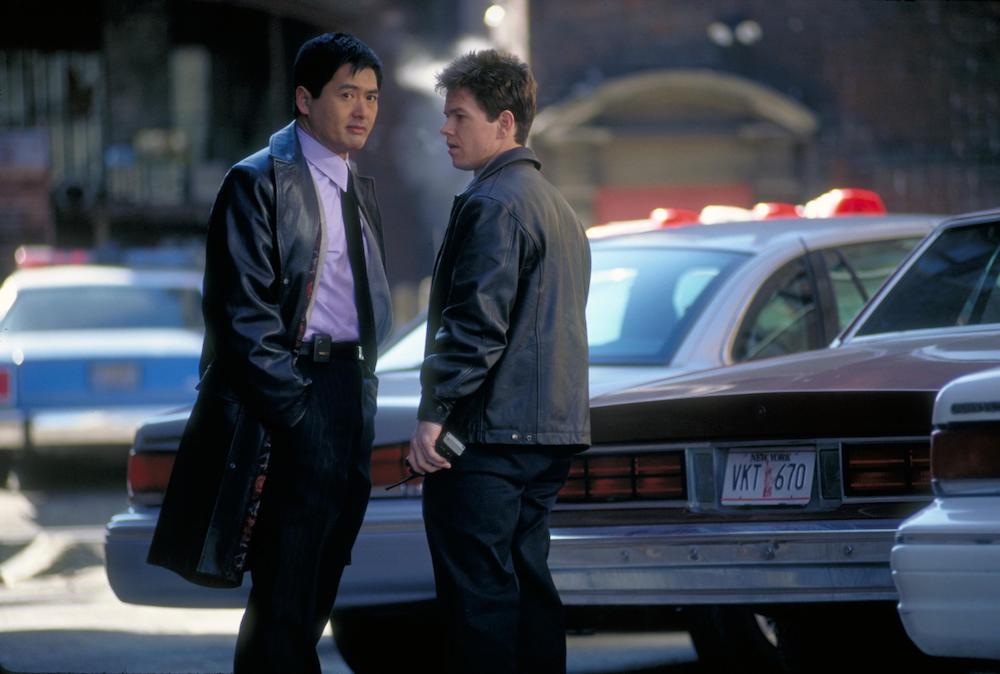 Chow Yun-Fat and Mark Wahlberg hang out in "The Corruptor." (New Line Cinema/MovieStillsDB.com)

Complicated ‘Corruptor’: Shades of Gray in a Complex World

orality is complicated. The world is not black and white: One transgression or thought crime does not make you a bad person, someone beyond redemption who should be excommunicated from polite society. Who you were or what you said or thought years or decades earlier does not represent who you are now. People are complex. The best stories and movies reflect this reality and provide not answers, but questions that help us explore the complicated nature of our humanity. One such movie is James Foley’s fantastic 1999 film The Corruptor, starring The King of Cool, aka Chow Yun-Fat, and a young Mark Wahlberg.

Unlike today’s movies made by tofu-eating moralists that tell you what is right and what is wrong in unequivocal terms, The Corruptor is a movie more interested in exploring how people’s ideas of right and wrong can change. Director James Foley, who previously explored the moral flexibility of salesman in his superb adaptation of David Mamet’s Glengarry Glen Ross, crafts a story that makes his characters, and by extension the audience, question what they believe is right and wrong.

Chow Yun-Fat’s character, NYPD Lieutenant Nick Chen, is on the take; he’s paid off by the local Tong, whom he is supposed to be investigating. In simplistic movie terms, he’s a crooked cop, a bad hombre. Yet he risks his own life to save the life of Danny Wallace, the cop played by Mark Wahlberg. We also see Nick maneuver to protect Danny from being corrupted by the Tong’s second in command, Henry Lee. Nick repeatedly tries to help a Chinese prostitute and save her from a life on the streets. When Nick learns that Danny’s father is in trouble because he owes money to the Italian mob, he gives Danny the 10 grand to pay off his father’s gambling debts. He tells Danny that when he started taking money from the Tongs, he became a better cop, meaning that he used the information the Tongs gave him to put real criminals behind bars. So, is Nick Chen a good guy or a bad guy?

What about Danny Wallace? We learn that Wallace is an Internal Affairs officer sent undercover into the Asian Gang Unit to investigate Nick Chen. He’s supposed to be the good guy stopping corruption and taking down bad cops. Wallace is the guy who knows what is right and what is wrong. Yet we see Wallace lying to his partner Chen and wearing a wire to gather evidence to incriminate him. We see Danny sleeping with whores in order to keep his cover and taking money from Chen to help out his father, who used to be a cop before he was an alcoholic and gambler. Is Danny, played by the excellent Brian Cox, a good guy? His father doesn’t think so. When he learns that his son Danny is Internal Affairs, he is ashamed of his son because Danny is selling out his partner, the man who saved Danny’s life and gave him money to pay his father’s gambling debts. Danny’s father gives the money he desperately needs back to Danny. As much of a degenerate as Danny’s father is, he has a moral code that Danny doesn’t have and will not be a part of Danny’s betrayal of Chen.

“The ends justify the means, Pops,” Danny says to his father Sean at one point.

“The ends is bullshit,” his father counters. “The means is what you live with.”

These tricky, nuanced shadings of morality work because of the excellent and compelling performances by the two leads. The Corruptor is the second movie that Mark Wahlberg has made with director James Foley, after the better-than-it-should-be thriller Fear. Foley is known as an actor’s director and he finesses a nuanced and understated performance from Wahlberg, free of the tough-man schtick and grab-bag of snarls and sneers that mar some of Wahlberg’s later work. I once met Chow Yun-Fat in person; he has more charisma and charm than any other actor or celebrity that I have met in more than 20 years working in the film industry. He’s a Chinese Cary Grant with a Beretta. In The Corruptor, Chow Yun-Fat puts that charisma to good use giving a complex and effective performance that is the equal of any of his amazing Hong Kong work, and that’s saying a lot.

If you’ve never heard of The Corruptor, you’re not alone: The movie was a box-office bomb upon its release. People expected it to be more like the type of heroic bloodshed action movies that Chow Yun-Fat made with John Woo back in Hong Kong. That’s a shame, because this is a damn good movie even if it’s not what people expected. Its moral complexity gives it resonance, and the questions the movie asks are just as relevant today, if not more so than when the movie was made. Plus, it has plenty of boobs, guns and alpha males being alpha males. It’s a movie for complex people in a complex world. In other words, it’s a movie for everyone.

Jimmy Lui is a writer, director and stunt coordinator. Complaints about his opinions or writings can be addressed to your mother.