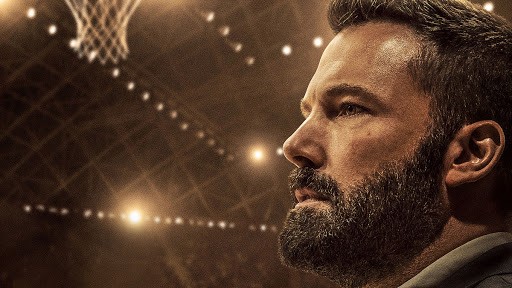 n July 15th, 1979, President Jimmy Carter delivered what many consider to be his defining speech: an address meant to reassure Americans during an energy crisis and resulting recession. However, the  “crisis of confidence” television event  struck a much deeper chord with his constituents, as President Carter illustrated the ways that, over the last two decades, the nation had become disenfranchised with its notions of “greatness.” The Kennedy assassinations, Vietnam, Watergate, the resignation of Richard Nixon, the Cold War: According to Carter, these happenings coincided with the country’s decline as an economic superpower, resulting in its populace becoming jaded, distrustful of the Powers That Be and lacking a shared purpose.

In  Miracle  (2004), director Gavin O’Connor superimposes that historic speech over a Christmas gathering, where Head Coach Herb Brooks (Kurt Russell) brings the U.S. national hockey team together on the eve of the 1980 Olympics. These fine young amateurs, hailing from such rival colleges as Boston and Minnesota universities, have done away with their petty jealousies to become a unit, representing a nation coalesced. It’s a pitch-perfect, if mildly anachronistic, doubling down on the movie’s patriotic theme, which is literally shouted at one point by Captain Mike Eruzione (Patrick O’Brien Demsey), as he gasps for air following a seemingly endless round of suicide sprints.  “Who do you play for?”  Brooks calls. The response?  “The United States of America!”

That bravado and sense of unity paper over a real fear and longing for Brooks; he was sent home from the 1960 squad before that team went on to win the gold. While his players cavort in the snow, Brooks frets that the boys just don’t have the goods, knowing if he blows this moment that he’ll never get another shot again.

This sort of macho anxiety manifests itself in O’Connor’s subsequent central players in various ways. In  Warrior, Brendon and Tommy Conlon (Joel Edgerton and Tom Hardy, respectively) play MMA fighters who walked very different paths after their abusive trainer father (Nick Nolte) abandoned their dying mother. They practically punch their worries and insecurities out in the ring. Every blow becomes a fleshy exorcism: violent, torturous therapy that leaves black eyes and bruised ribs on all who participate.

Brendon, a schoolteacher and fledgling family man facing dire financial straits, is in it for the money. He doesn’t know at first that daddy is training his brother for the same winner-takes-all, cash-prize mega-tournament in Atlantic City. Meanwhile, Tommy, an AWOL soldier who never truly forgave his pop’s transgressions, is an instrument of brute rage, pounding his opponents into either quick submission or unconsciousness. Both harbor a shared residual rage from their childhood enemy but act on it in very different fashions.

With each progressive film, O’Connor jettisons a tiny touch more of the formulaic storytelling audiences have come to expect from this brand of inspirational sports picture.  Miracle  is practically a blueprint for rousing, Disney-fied historical fiction, beginning with an opening-credits montage that sets the political stage, before Eric Guggenheim’s screenplay hits every emotional/thematic beat like clockwork, culminating in the titular “miracle on ice” victory. Don’t get it twisted: None of this is meant as a criticism. In fact, the rigid structure allows audiences to marvel at O’Connor’s impeccable cinematic carpentry, which is bolstered by a tried and true movie-star turn from Russell (even with that goofy helmet of conservative Midwesterner hair).

Warrior  gets a little more complicated with its interweaving narratives, treating both Brendon and Tommy as funhouse-mirrored leads, with Nolte caught between them. We know they’re on a  Rocky-style collision course with one another in the ring. Still, the way O’Connor, who shares writing credit here with Cliff Dorfman and Anthony Tambakis, sets up both as potential winners truly keeps you guessing as to who’ll be the champ, even during that fateful final match. However, for anyone who has ever entertained deep-seated daddy issues, the finale is practically the “man’s man” iteration of a classic Douglas Sirk ’50s weepie. The soundtrack cranks  a bombastic redux of The National’s “About Today,”  and we watch two men declare their undying love for one another via near-mortal combat.

This brings us to  The Way Back, Ben Affleck’s big-screen healing session, in which he works through his  very public battles with alcoholism, divorce and self-abuse. Like Nolte’s utterly captivating, self-effacing performance in  Warrior  — screaming and crying while downing airplane bottles and listening to an audiobook of  Moby Dick  (hey, nobody claimed these flicks were subtle) — Affleck strips himself clean of any vanity. Downing shower beers, accidentally stumbling into strangers’ houses during benders and generally just looking like hammered shit, the Artist Formerly Known As Batfleck is practically begging you to walk a mile in his tattered loafers.

It’s the best work of his career. But, like Nolte, there’s a constant reminder of a movie star buried beneath all that wear and tear. They say true legends are born with an indescribable gravitas and, love or hate him, Affleck has always possessed a boyishly beguiling screen presence, even while sporting a horrid grunge goatee in Kevin Smith’s  Chasing Amy  (1997). When his Coach Jack Cunningham tries to bring the best out of a ragtag team of Catholic League losers, instructing them to  “man up”  and  “press all day”  like he’s looking to get inducted into the high school hall of fame, we shut the fuck up with the rest of the players (or risk getting benched for good).

Still, where  The Way Back  truly shines is in how it continues to play with O’Connor’s beloved underdog recipe, practically becoming the  Leaving Las Vegas  (1995)  of high school sports melodramas. If one were to believe the  trailers  or early critical word — which essentially labels the film  another middlebrow collection of genre clichés, albeit a well-done one in the vein of  Miracle  — you’re most likely going to expect a redemption story. Yet this isn’t the case at all. Instead, this is a portrait of a man trying to bury himself in distraction from his grief and addiction. If he just focuses on a new hobby guiding lovable losers to the district playoffs, that  maybe  Jack can forget about his separation from a still-worried ex-wife (Janina Gavankar); that case of beer calling his name from the fridge; and a dead son whose ghost hangs over every mundane task.

The climax of The Way Back  is where O’Connor’s grand deviation reveals itself, as we’re assuming Affleck will lead his crew of capable cranks — which includes the stereotypical “secret star who’s been getting scholarship offers all along” (Brandon Wilson), the “volatile rebel who begs his way back onto the team” (Melvin Gregg), and even the “funny fat kid named Chubbs who dances” (Charles Lott Jr.) — only to witness him break down and start boozing after an old pal’s kid succumbs to cancer. Suddenly, nothing can divert Coach Cunningham from having to face his demons, and he’s fired after his nebbish assistant (Al Madrigal) reports Jack for showing up to practice drunk. Naturally, Cunningham’s cycle of compulsion only worsens, until he finds himself in the state’s custody, performing court-mandated rehab while the kids go on to compete without him.

Is the team triumphant? We never really find out. Sure, they dedicate a game to their newfound savior in his absence, but that gift is never directly conveyed to our main character as he continues a battle with his own worst tendencies. Perhaps it’s a microcosmic literalization of President Carter’s notion that, as a nation, “we’ve  always had faith that the days of our children would be better than our own.”  The final action we see Coach Cunningham perform is shooting some hoops on a desolate playground. It’s a practice Jack swore he’d never perform again, thanks to a father who rode him into hating the game he once adored above all else.

Coach Cunningham’s crisis of confidence will undoubtedly continue, but as long as his influence helped future generations discover their positive path, maybe his struggles were worth it after all. It’s a rather brilliant winkle in a fabric other directors have cut countless times before, but O’Connor fashions the style in such a way that the resultant jersey could only have his name stitched on the back.

Jacob Knight is a film writer based in Austin, Texas, whose work has appeared in several publications and who has spent more time watching action and exploitation movies than any human being probably should.