Cult Quest: The Thrill of the Hunt and Finding “Weird Shit” Today 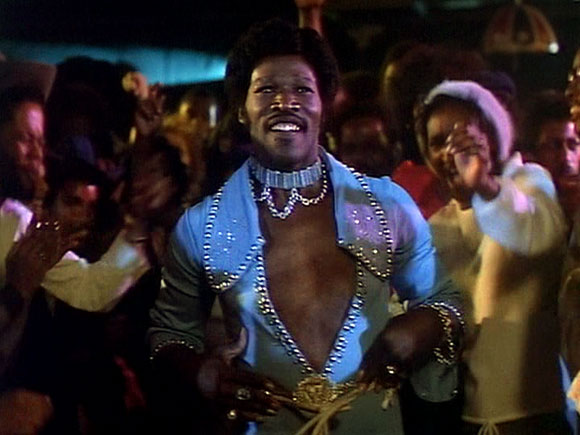 Cult Quest: The Thrill of the Hunt and Finding “Weird Shit” Today

He and I were sitting with my partner, Simone C. Williams, and writer-producer Robert Parigi at the Bob’s Big Boy in Burbank, discussing how different fandom is today. Since we’re all roughly the same age, we ended up commiserating over today’s algorithm-driven media, and how much we miss the fine art of hands-on discovery.

All of us in that burger booth have adapted our jobs and entertainment choices to fit the modern media model. We’ve become so acclimated to finding what we want via a Google search or keywords on Amazon or eBay that we had to think about what we’ve been missing: the sense of adventure that can’t be achieved by some algorithm pushing specific content in your face. You don’t even have to get up from the couch to find something new to watch.

The hunter-gatherer deep within me knew that something about this was all wrong. What do we miss when scarcity itself becomes scarce?

Eighties kids could have benefited from today’s instant-gratification culture; most of us are a few clicks away from our latest obsession. But I often find myself longing for a bygone era when our avenues of discovery were as limited and challenging as panning for flecks of gold in the Yukon.

Sure, it sounds ass-backward, but let’s face it, there was something magical about exploring the vast, uncharted fanscape in those days. Trading VHS tapes, copies of FANGORIA, and photocopied zines with fellow cult movie junkies after school away from the prying eyes of prudish teachers; driving miles into the next county to find a Mom & Pop video store or used bookshop in search of undiscovered treasures; stumbling upon a new comic or horror novel on a rickety spin-rack near the checkout line at the corner store; or road-tripping with your homies to a convention, where a handshake and $20 could net you a 12th-generation bootleg tape containing the extended cut of Dawn of the Dead.

There’s an upside to the current ’80s & ’90s nostalgia boom. The same movie nerds who went prospecting at cons and cranked out VHS dupes and tape-trading flyers are now the proud owners of boutique Blu-ray labels, streaming platforms, and other digital media outlets. Now we can watch, and even own, HD remasters of movies we once thought were beyond our grasp in any legitimate format. How else does David Cronenberg’s The Brood join the prestigious ranks of the Criterion Collection? In your wildest fantasies, did you even imagine you could kick it with brews and buds to watch Blood Feast or Disco Godfather, projected in crystal-clear quality on a nine-foot backyard screen?

But too often there’s a critical element missing: that indescribable, magical feeling that swells within you when you finally get that obscure flick you obsessed over since reading about it in GoreZone, or when you find an original Death Curse of Tartu VHS at a yard sale for a measly five bucks. That’s the reason video labels are remastering cult flicks as limited-edition VHS releases, despite the last factory-new VHS player having rolled off the assembly line in 2016. It’s the thrill of the hunt, that precious moment when those long-held desires are fulfilled—sometimes after years of relentless searching.

I pine for the misadventures of youth, which included paying a classmate who tore tickets at a decrepit movie theater to sneak me into midnight showings of Heavy Metal or Maniac; saving an entire summer’s worth of lawn-mowing money to buy my first VCR and a bundle of tapes; and making a monthly 80-mile trek to visit a bro whose family had a subscription to SelecTV, from which he’d recorded a bounty of Russ Meyer, Radley Metzger and Just Jaeckin softcore skin-flicks.

Intrigued by how the latest generation of cult media collectors — i.e., those of you who have embraced all forms of vintage weirdness, but developed this obsession after the year 2000 — I decided to go retro with my research. I just went up to people and asked about their personal quests for “weird shit” to learn if they managed to capture the same feeling of discovery and adventure that drove me to distraction back in the day.

Along the way, I tracked down filmmakers, journalists, actors, makeup FX artists, and super fans from around the world. Some of their answers were not only surprising but revealed new levels of ingenuity in hunting obscure, off-the-beaten-path media in an age of immediate digital satisfaction.

Those seeking cult discoveries today face a dilemma. Modernity offers connoisseurs a plus, and it’s a big one: The immediacy offered by Amazon, smart TVs, and streaming apps can be a sanity-saver for the vast numbers of fans who live outside large cities, with limited access to brick-and-mortar retailers. However, the physical-media market is dominated by chains with very limited inventory; some are even phasing out physical media altogether. And unless you happen to live in a college town, access to independent bookstores, comic shops, and music dealers is virtually nonexistent.

Thankfully, after talking with cult cinema fans from all walks of life, I found new hope — and learned a few lesser-known avenues of exploration — for those of us whose tastes run toward the offbeat, the obscure, and the gloriously weird.

“Before I started using the internet for more than email, there was a period when video stores had become choked with product and the sale bins got larger and the prices for used stuff became more affordable,” Dave recalled during our chat at Bob’s Big Boy. “That was a golden time to hunt down the rare VHS movies you’d read about in magazines or from friends, and I remember there was a store that opened in Edmonton that only sold used tapes, so I would go weekly to scoop foreign, indie, or just plain weird horror movies.”

Dave’s most beloved find during these excursions was Dario Argento’s classic Deep Red.

“I’d spent years searching for it in delete bins,” he said. “I felt like I’d discovered a lost treasure the day I spotted that cover with the terrifying dummy on it … and the film did not disappoint.”

Like many of his generation, Dave finds it difficult to recapture that sense of discovery in a world where you can find nearly anything you want by searching online vendors, eBay, and Craigslist, or find an obscure title by searching a hashtag on Instagram. Torrenting sites have replaced the bootleggers of conventions past. It’s just not the same as pounding the pavement to find that one elusive item you’ve been hunting for years. But that doesn’t mean he can’t experience that same rush in his online searches.

“A few years ago, I stumbled across a bunch of art books from Vincent Price’s personal collection that were listed on eBay by his estate,” Dave revealed. “The auction wasn’t that well-publicized, and I managed to bid successfully on three books, each of which he had handwritten his name in. So not only did I get to own some intriguing tomes from one of the biggest horror icons of all time, I got a Vincent Price autograph … which on its own is out of my price (Price?) range. I cackled like the Merchant of Menace himself when I opened the first book and saw Vincent’s name scrawled on the inside cover.”

Robert Parigi, producer of numerous TV series ranging from Tales from the Crypt to Marvel’s Agents of S.H.I.E.L.D., grew up in the same generation as Dave and me. His interest tended toward the literary, hunting down finds in independent bookstores whenever possible. In Robert’s case, as an Angelino, those stores included beloved proprietors like Wacko, Amok, Dark Delicacies, and Hennessy & Ingalls.

“Amok is long gone, but the others are thankfully still alive and well,” he added. “I find the kind of books I used to discover at Amok through reviews in Fortean Times Magazine… but even they’re not likely to review the latest autopsy manuals!”

Chatting with Robert, Dave, and Simone, I knew there was more to discover. Hence this series: “Cult Quest.” I wasn’t looking for “weird shit” itself, exactly, but for fans from all walks of life to share their own stories of cult discovery — and wound up with a treasure trove. So, I kindly invite you, dear reader and weird-shit connoisseur, to join me on a journey with my friends and me. Hopefully, along the way, you’ll learn some discovery techniques of your own — or if you’ve got your own tips to share, maybe we’ll include it in our next entry!

In Part 2 of Cult Quest, we’ll hear from some independent filmmakers, who blazed their paths of discovery in the world of weird … and you’ll be surprised by what they found!

‍Gregory S. Burkart is a writer, filmmaker, musician, reporter, and editor for multiple genre publications and sites, including FANGORIA, Dread Central, Blumhouse, and FEARnet. He and partner Simone C. Williams co-produced the series Tales from the Netherweb for Blumhouse and DREAD: The Unsolved for Dread Central. They are currently developing multiple features and TV series under the Würkart Entertainment banner.