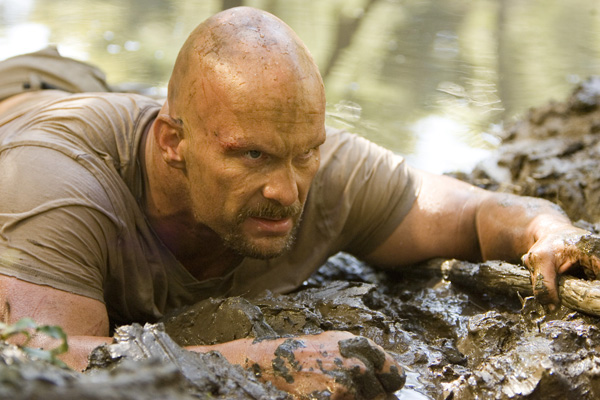 by
Dallas Sonnier, as told to Sonny Bunch


As part of his cranky old nihilist shtick, Werner Herzog — the director of Aguierre: The Wrath of God and Grizzly Man and the man who cried when he saw Baby Yoda in The Mandalorian — has a canned response when asked what he’s currently watching. He doesn’t watch modern movies or much of the Golden Age of TV. Rather, he watches professional wrestling.

“Sometimes, just to see the world I live in, I watch ‘WrestleMania,’” Herzog told Variety’s Will Thorne when asked what TV he watches. That echoed a response he gave five years ago to Vice’s Nathalie Olah: “Well, I look with great interest at phenomena like WrestleMania.”

This quip is great for sharing on Twitter, often with a bit of mock-shock from the person passing onthe link: “Get a load of this weird old guy, how quaint and odd.” But there’s something to Herzog’s response, a suggestion that the populist under-culture that doesn’t get written up on a daily basis in the trades and in the coastal papers has value because it reflects what the people want to watch.

I saw this firsthand when my former partner and I started making movies with an unlikely action star: “Stone Cold” Steve Austin. In order to drum up interest for a comic book label I was managing at the time, they asked Steve to swing by their booth at a convention. The buzz was instant; execs on hand were shocked by what a draw he was.

But the demand for Stone Cold from audiences looking for something straightforward starring a guy they recognized was undeniable. There was practically a recipe for this sort of thing: [Jim/John/Jack] [gets out of prison/comes back after being left for dead] to [rescue his family/save his friends] and take revenge on the person who betrayed him. You keep costs down by shooting in Vancouver, you make sure to maintain high production values despite the low cost, you stay on time and on budget, and boom: you’ve got a movie.

Things got off the rails when we strayed from the formula — no one, it turns out, is that interested in Stone Cold as a Jason Bourne type — but if you gave the people what they want and what they weren’t really getting from mainstream Hollywood productions, you could turn each of these productions into a hit. DVDs just flew off the shelves at Walmart, units moving in the six-figure range despite no marketing and no theatrical run.

The WWE now has its own film production company. John Cena stars in comedies like Blockers and Playing with Fire, along with action fare like Bumblebee. Dwayne “The Rock” Johnson is arguably the biggest star in the entire world, serving as the face of multiple franchises.

Here’s my point, and here’s why I don’t think Herzog’s answer is funny so much as profound: there’s a hunger for this sort of thing, an audience that’s underserved by the current market. People watch wrestling because they enjoy the exaggerated muscular strength on display, the sense of epic struggle and straightforward good vs. evil storytelling, the willingness to flaunt taboos and wink at politically correct scolds. The same can be said of those movies with Stone Cold: they might not have been high art, but they were damn fun and damn entertaining.

REBELLER isn’t making straight-to-DVD action movies (not that there’s anything wrong with those!). But our goal is to connect with the audience for those films and give them something to cheer for — and maybe toss in something to think about, too. You see it in the movies CINESTATE has made already, flicks like Bone Tomahawk and Dragged Across Concrete and The Standoff at Sparrow Creek. They’ve all found real audiences with home video audiences desperate for something plenty original and a little challenging.

And we think those audiences will come back to theaters. We just have to give them a reason to show up.