Day Two: The Hammer Smashes Into the Movie Biz 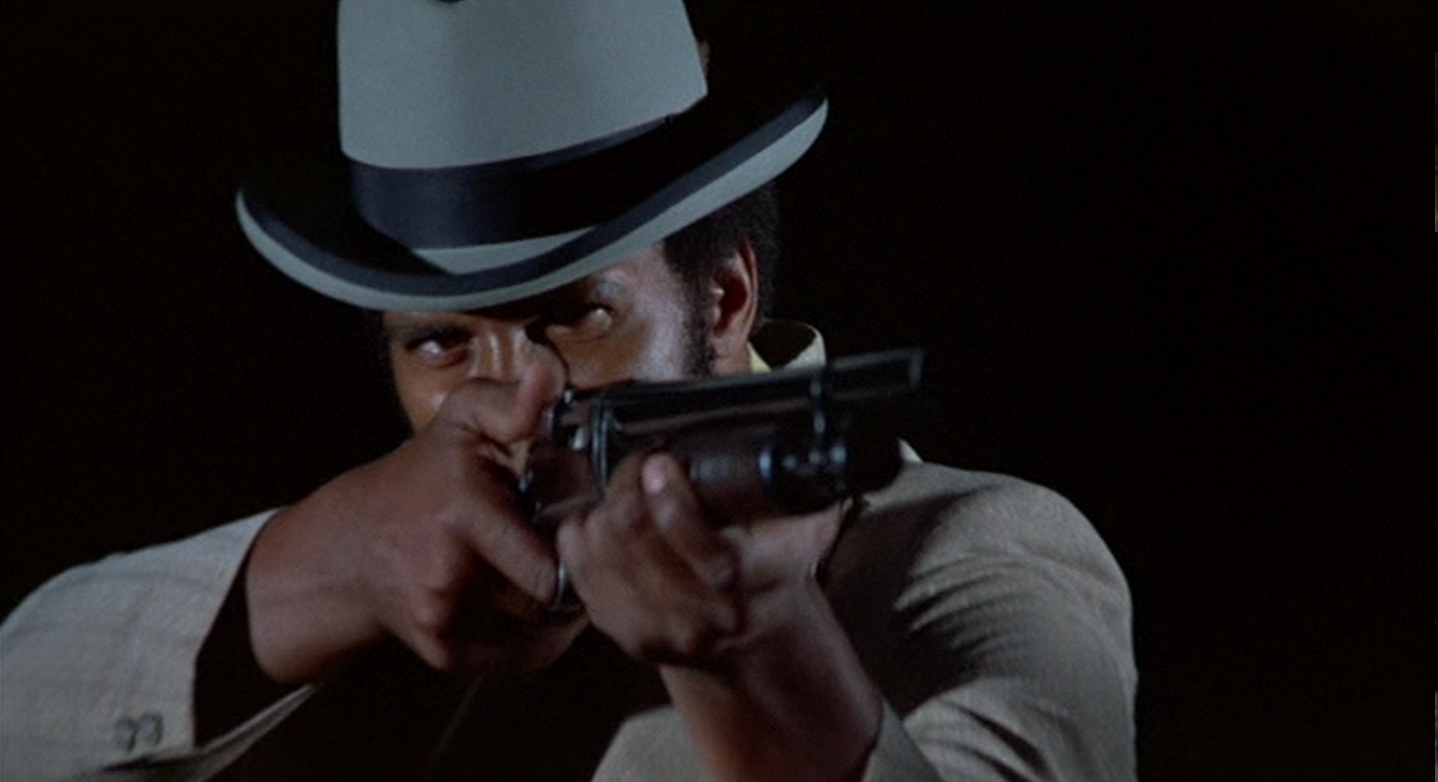 Day Two: The Hammer Smashes Into the Movie Biz

by
Fred 'The Hammer' Williamson


No one exploits The Hammer; three rules; and a lifetime of success ...

he future ... You know what’s great about the future? You never know where it’s going to lead you. As long as death isn’t involved, I’ll try it!

Football? Yeah, I played college football and was a pro for 10 years after college. But what I really wanted to do was to become an architect. I spent many great hours both day and night at the drafting board creating structural images of houses and commercial buildings while at Northwestern.

I played football because it was easy to me. I was gifted with athletic ability and size and speed, which allowed me to excel in so many sports. I chose to continue football after college because I signed with the 49ers. It was a California team and I thought if I went there, I could expand my architectural knowledge and eventually practice my trade there. It was a good match for a little while.

Eventually, I settled with the Raiders and I worked six months in football and six months at Bechtel as an engineer during the off-season. After 10 years, I became bored with football. But once I left football and worked full time as an engineer, I realized I couldn’t make the transition as smoothly as I’d hoped. After nine months, I knew I couldn’t sit behind a drawing board for the rest of my life: a nine-to-five work schedule with an hour for lunch was just not for me. It was a moment of great decisions ... what to do next?

One night I was watching TV and saw Diahann Carroll on her show, Julia. I had been watching the show for about two months when I came to the conclusion that this is what I was going to do. I noticed that each week she had a new boyfriend in the guest role. I said to myself, “I’m better looking than any of those guys. I’m going to Hollywood and become her boyfriend on the show.”

I bought a trailer, attached it to my Jaguar XKE, and drove to Hollywood. I didn’t know anyone there. Once I arrived, I checked into a hotel, left my trailer in the parking lot, then drove to 20th Century Fox.

I knew from the credits on the show that Hal Kanter was the Producer. I drove up to the guard gate at Fox and asked if I could see Mr. Kanter from Julia. Hey, what did I know? The guards thought I was a joke and immediately asked me to turn around and leave, which I did.

Okay, no problem. I drove a few blocks away to a phone booth (no cell phones in 1960!) where I got the number for the guard gate from the operator. I then called the gate and said, “This is Mr. Hal Kanter’s office and we’re expecting a Mr. Williamson. When he arrives, please direct him to our office.”

I hung up and drove back to the gate. This time, the guard immediately waved me in, along with instructions as to where I would find the office.

The rest is history.

I signed a three-year contract and became Julia’s boyfriend. While on the Fox lot, I also became Spearchucker Jones in the movie M.A.S.H. Okay, now I’m in the movie business. But I still have this childhood image of seeing only weak and subservient Black actors on the screen. How do I change that?

I was determined to keep my “Hammer” image that I created during my time in pro football. I had played the game according to my style and image. After being on the Julia show and doing M.A.S.H., I had learned a great deal about the technical side of making a film. Unlike most actors who stayed in their private trailers, I stayed on the set after each take and asked the crew questions so I could learn about filmmaking. I learned about the lights, the camera movements and the staging. I even learned how to load the film into the cameras.

After Julia ended, I was ready to do my own thing. And I did. I made the films and made my own rules: You can’t kill me; I must win all my fights; I get the girl at the end of the movie. The last rule was to give Hollywood an out because I figured they’d at least give me two out of three rules!

After several films on my own, I met a young white man in a restaurant and we started talking. He wanted to be a producer so I convinced him that we should do a film together. His name was Larry Spangler. After a few meetings, we decided to do a western. After explaining my rules to him, I decided we should call the movie, Nigger Charley. After a lot of back and forth, he agreed to take it to Paramount where he had some connections.

While all the movies were financial successes, they had a negative tag put on them: blaxploitation. This was a combination of Black and exploitation.

The studio execs almost fell out of their chairs when he told them the title of the film. But because it was such a low budget (under $1 million), they decided to fund it probably just to get rid of us! Turns out that Nigger Charley was a financial success. We followed that up with Soul of Nigger Charley and Boss Nigger.

I had a run of successful movies all featuring a man with a strong Black image. Some of these were Black Caesar, Hell Up in Harlem, and Black Eye. While all the movies were financial successes, they had a negative tag put on them: blaxploitation. This was a combination of Black and exploitation. I hate it to this day.

Now here is the first stupid thing … the Black press picked up on this title and ran with it. What the hell does this description mean? Who was being “exploited”? Not me; I was the hero. Not the fans; they were enjoying the films because I was feeding their hunger for strong Black images on the screen. The actors weren’t being exploited, there was more work with more pay for them. The studios weren’t being exploited, they were connecting with a new audience and developing a new well of talent. So, what did it mean? Not a damn thang!

Here’s the second stupid thing: NAACP and CORE, the two so-called organizations that represent Blacks, began to fight as to which one of them was going to shadow the studios in order to be sure that Blacks were being depicted in a positive way. They petitioned the studios saying they had to review each script before the film would be made. The studios laughed and ignored this request. It was their money and they would spend it any way they wanted.

And here is the third stupid thing: Paramount made a film called Mandingo about a Black slave. They sent me the script and after reading it, I was truly upset that they would even think that I would consider taking this ass-kissing role. For those of you who were fortunate to never see the film, Mandingo’s demise came when he was seduced by the master’s wife. Totally against his will, she undressed him and fondled him as the seduction continued. When the master found out about this, he put Mandingo into a pot of boiling water. As Mandingo was getting into the boiling water, he was crying, “Please master, don’t do this to me. I loves you master.” Needless to say, the master boiled his ass and shot him while he was cooking.

Are you shitting me??? They finally found a boxer (I’ll be nice and not name him) to play the role. No actor would do it. And guess what? The NAACP gave the white producer an award for the Best Picture of the Year.

He made the most degrading picture to Blacks that was ever made and he got an award. No shit, I’m not making this up. The same studio later did Drum (son of Mandingo). They still couldn’t find an actor to play the role, so the same boxer who played Mandingo returned and now played his son. It was clear they weren’t ready for the Hammer’s attitude.

The studio made the same mistake with Shaft. The original was a huge success set in New York. Then they made Shaft in Africa, where he was forced to fight totally in the nude. This just didn’t work. The Black fans wanted to see Shaft walking down the streets of New York and getting the respect he had earned. The studios and the people with the money just didn’t get it.

After five or six movies for the major studios, I decided to form my own production company, Po’ Boy Productions. Over the years, I’ve raised the capital for more than 20 movies that were produced under Po’ Boy. I always gave the Black public the hero they so desired, and I still do today.

I know who I am and what I represent to the Black audiences. I stay true to my character and my image. I’m not for sale. I constantly turn down roles that would destroy my hard-earned image. I’m not a super hero or a Black Bruce Lee, but I have a strong character and clear understanding that Black is only my color and not an explanation of my character.

African-American Cinema? No. It’s just cinema with a Black lead.