Don’t Kid Yourself: The JJ Cut Would Suck Because Star Wars Is Dead 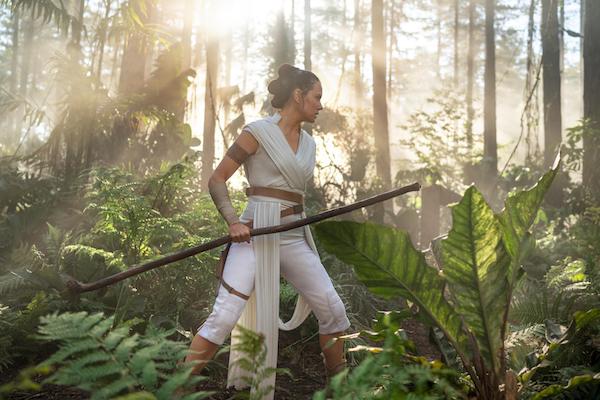 Don’t Kid Yourself: The JJ Cut Would Suck Because Star Wars Is Dead

Remember Star Wars? Not A New Hope, but Star Wars. Of course you do. It was a hand-painted piece of outlaw art stuck together with gritted glue, a glorious tribute to the primal power of storytelling directed by a dude who was an outsider in his own friendship circle.

If you’re reading this, you already know that the original trilogy was as inspired by old cowboy movies and samurai flicks as Tarantino’s body of work. But what about the new trilogy? Disney’s trilogy? What is Walt’s empire trying to say in The Force Awakens, The Last Jedi, and The Rise of Skywalker? Fuck all, as it turns out. The Rise of Skywalker is the Emperor’s new clothes, with a plotless Palpatine laid bare before its audience.

Where Star Wars was partly inspired by George Lucas’ dysfunctional relationship with his dad, Disney’s trilogy is fully driven by Kathleen Kennedy’s relationship with Bob Iger and his shareholders. Forget auteur theory; this is accountancy. Driven by a #theforceisfemale hashtag, the new trilogy’s initial aim seemed to be increase the audience demographic, which was perceived to be too male.

Let’s forget the fact that Disney originally bought Marvel and Star Wars because their stores didn’t sell enough boys toys, and go with this apparently honorable ambition. Let’s also forget the fact that Princess Leia already existed and that a large section of the EU audience was indeed made up of women. If you’re a nerd and you know a lady nerd, odds are she loved Star Wars just as much as you did.

Let’s give Kennedy and her cronies the benefit of the doubt. So, you want to make Star Wars for women, what have you got? Oh, a rushed trilogy which culminates with your strong female lead marking her supreme independence by taking the name of the old white grumpy dude she once spent a summer with. That’s after burying the symbol of her mother figure’s strength in a place where she was once made a sex slave by a giant space slug. Cool. Cool, cool, cool.

They can’t deliver a concise message when all the chips are stacked in their favor because they’re too focused on market-driven point-scoring to tell an actual story. We knew before Star Wars Episode IX was announced that it would have “Skywalker” in the title. Where Lucas’ trilogy was inspired by mythic structure, Disney’s is driven by brand recognition.

And that’s the difference, the reason why the people clamoring for the current cut of Rise of Skywalker to be replaced by a phantom Abrams version are destined to be disappointed. There is no good version of this film. Even if the alternate cut exists, it’s still shit. There’s nothing else it could be.

Corporate cinema, by its very nature, is hampered by too many voices, half of them shouting priorities that are the enemy of art. This mystical JJ cut is still the result of a committee of people who want to make sure their profit-share steadily increases.

You could argue that both the original trilogy and the new trilogy are perfect examples of the eras in which they were created. The 1970s: director-driven, fiercely independent, risky, and edgy. The 2010s: studio-driven; corporate; performatively woke (did you see that lesbian kiss, WOW); and safe (Rise’s reversal of The Last Jedi’s flawed efforts at changing direction demonstrated how Disney really feels about auteur theory).

Look at how Disney has treated its directors. JJ did what he was told on The Force Awakens, so was asked back, but still (reportedly) got screwed over on Rise of Skywalker. Gareth Edwards, hired as a yes-man, was taken out of the editing bay when he voiced his opinions on Rogue One. Rian Johnson agreed with Kathleen Kennedy so was allowed to do what he wanted, only to be served up the cinematic equivalent of a subtweet by Abrams in Rise, with all of his biggest contributions to the lore cowardly reversed after the Fandom Menace fought back. Phil Lord and Chris Miller, fired from Solo for wanting to make it in their own style, were replaced by Ron Howard, who is undeniably competent but has no distinctive style.

This isn’t an environment that’s going to produce the next Lucas. It’s this kind of business-led betrayal that led Lucas to make Empire Strikes Back.

“When I was talking to [producer] Alan Ladd Jr. [about Star Wars],” Lucas said at Sundance in 2015, “I got the money, $125k, and we were splitting the net profits – no one ever makes money from net profits because they stack the deck against you - and I said ‘I know what I’m doing for my 50%, I put my heart and soul into this, my career’s at stake, I’ve got to go out and make the movie. What are you doing for your 50%?’ He said ‘I provide the money.’ I said, ‘You don’t provide the money, you go to a bank, with a letter of credit, and they supply the money. So you’re not doing anything and you get 50% of the movie’!”

The industry that allowed Lucas to have the balls to take all the money on the best Star Wars movie simply doesn’t exist today: Corporate culture has seen to that.

Of course, there’s an argument that it was destined to be this way. Every expansion of throwaway phrases such as “the Clone Wars” or “Kessel Run” has been detrimental to the mystery of the original trilogy. So every time Disney hits the nostalgia switch, Star Wars loses more of its inherent cool. That means that whatever Disney does with the brand, it’ll be part of the same downward spiral of a story that should have ended four decades ago.

Whatever unseen delights hide in the JJ cut will be the same. It’ll either be more from new characters we hate (one of the greatest tragedies of this trilogy has been the way it’s shoved R2D2, a character we love, aside for more screen time for BB8, a rolling football that sounds like a dying duck) or further nostalgic nods that take away from the triumphs of the original trilogy.

Star Wars is dead. It died when Emperor Palpatine was thrown screaming into an infinite shaft, lightning crackling around him. It died when Darth Vader made the ultimate sacrifice to save his son, not when Rey tricked Palpatine because she was upset he’d hurt her emo boyfriend.

Star Wars is dead. It was drowned by a million corporate voices crying out at once, with the artist behind it silenced.

Star Wars is dead. Long live the new independent scene, from which the next George Lucas will rise. Or perhaps it’ll be someone even better than Lucas, a rebel who won’t sell their dreams to the empire.

Either way, Star Wars is dead. If you want it to be reborn, support indie cinema.

Sam Ashurst is the director responsible for Frankenstein’s Creature and A Little More Flesh, he’s also the co-host of the Arrow Video podcast.