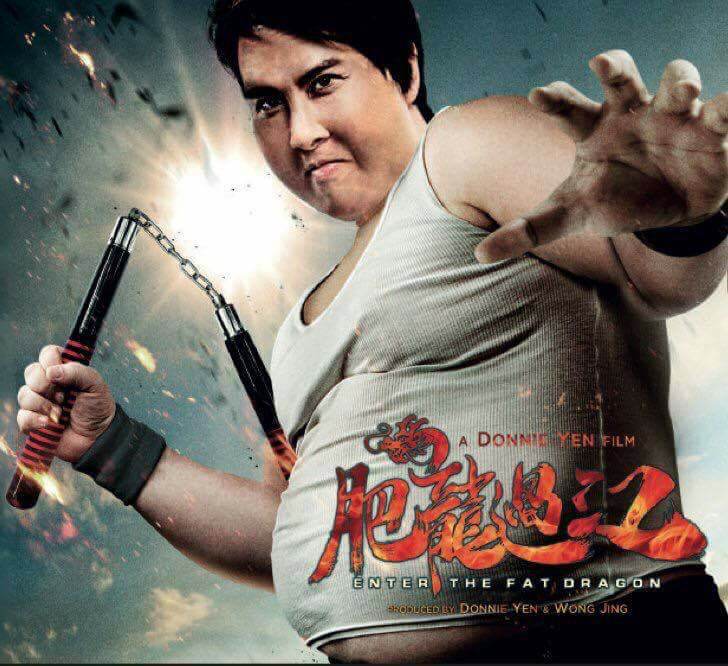 ‍2020 was supposed to be the year when the Chinese box office eclipsed the US market. That shift looked like a sure thing, especially since it technically already happened in 2018. But by the end of 2018, the current Chinese administration cracked down on tax fraud, and, after the Propaganda Department was put in charge of regulating film and TV regulation, the mainland government’s relationship with both the Chinese and Hong Kong film industry stopped looking so tight. Then the Wuhan Coronavirus hit earlier this year, effectively halting the release of all Lunar New Year titles both domestically and abroad.

That postponement isn’t a catastrophe in the cosmic scheme of things, but it does create some problems for companies like IMAX, who, according to box-office analyst Eric Handler, are reeling from the long postponement of Lunar New Year releases.

“Their first quarter is totally blown up now” Handler told The Hollywood Reporter. "In the first quarter of last year, half of all [IMAX] revenue came from the Chinese New Year week."

Thankfully, Well Go USA is about to release Enter the Fat Dragon, the first post-outbreak Lunar New Year title of the year, and it is … an action-comedy where Donnie Yen beats up heavies while wearing a fat suit?

Enter the Fat Dragon is not a lot of things. It was nobody’s first choice for a post-Wandering Earth Lunar New Year debut here in America (except me). AMC Theatres announced that they would release two new Chinese movies on Jan. 24 — The Rescue, another Michael Bay clone helmed by Dante Lam (Beast Cops, That Demon Within), and Detective Chinatown 3, the latest sequel to the lightly likable 2015 comedy hit.

Enter the Fat Dragon is also not a remake of the 1978 Sammo Hung vehicle of the same name, which was produced, directed, and stunt-coordinated by Hung. Sure, Yen’s latest movie — which will be released here two months after the stuffy Ip Man 4: The Finale — has the same basic premise as Hung’s Enter the Fat Dragon: Anybody can be a hero, even an obese, Bruce-Lee-worshipping daydreamer. That premise made a little more sense for Hung in 1978, who was actually big-boned and also made his Fat Dragon five years after Bruce Lee’s death and in the thick of the ignoble mid-’70s wave of Bruce Leesploitation films.

But that theme of unselfish heroism in the face of fat-negative skepticism is now coincidentally rather funny given the confluence of events surrounding Enter the Fat Dragon’s American release. Yen’s movie is fine enough, though it’s not half as crazy as its elevator pitch. Asian film buffs might expect something more berserk from Yen’s Enter the Fat Dragon given that it was was co-directed by solid Japanese stunt coordinator Kenji Tanigaki and Wong Jing, Hong Kong’s former maestro of mo lei tau, or “makes no sense” comedies that revolve around slapstick, sight gags, and lots o’ props.

Wong’s name conjures up images of traumatizing and delightfully insane Stephen Chow vehicles such as Tricky Brains (1991) and The Sixty Million Dollar Man (1995), the latter of which includes a scene where Chow transforms into a sentient toilet. Wong also helmed the notorious Jackie Chan vehicle City Hunter, which features an oft-GIFed moment where Chan cross-dresses as Street Fighter’s Chun-Li. Jing Wong has mellowed with age, but man, you cannot un-see his calling-card films.

Enter the Fat Dragon is also being released in America a few months after the straight-to-VOD release of The Iceman: The Time Traveler, the second part of Yen’s beguilingly decadent two-part action-fantasy remake of The Iceman Cometh (1989), which features Donnie Yen traveling forward in time to our present day with the help of “Linga,” the Indian God Shiva’s penis. Enter the Fat Dragon is, by contrast, a sleepy little programmer where Yen plays Officer Fallon Zhu, a destructive (but well-intended!) cop who gets suspended after he embarrasses his boss in front of the media. Also: Fallon’s prissy girlfriend Chloe (Niki Chow), a famous actress, dumps him, which leads Fallon to hit the vending machine hard, gaining about 100 pounds over the course of a seconds-long montage. Tanigaki delivers some playful action set pieces, but there’s nothing in Enter the Fat Dragon that’s as deranged as the Iceman scene where Yen pees on a HUMMER’s windshield.

The only way for Fallon to be reinstated is by covertly transferring a Japanese pornographer — who has incriminating video footage on his cell phone that connects the yakuza with the Tokyo cops — to the Japanese police. Some mild hijinks ensue, including some hang-time with Thor (Wong), a chubby Chinese ex-cop who now accepts police corruption in Japan by adopting a go-along-to-get-along attitude that Fallon can’t stand. “The cops in Japan are the dirtiest” according to Thor, but Fallon insists, “It doesn’t matter what country you’re in: right is right.” Enter the Fat Dragon owes more to Dirty Harry than, uh, the other Enter the Fat Dragon, but it’s not nearly as fun as either of those preceding influences.

Yen’s Enter the Fat Dragon is sadly only fine. It doesn’t have enough fight scenes or sight gags, though there are a couple of good ones, as when Donnie Yen gets chased around by a weird, mangy-looking dog puppet that, based on the movie’s behind-the-scenes, end-credits footage, was apparently manipulated by at least four crew members. There’s also a funny opening scene where Fallon tries to disarm a bank robber in a speeding getaway car but is held up by a pair of dueling, TMZ-style tabloid reporters who re-arm Fallon’s attacker so they can get better ratings.

Strangely enough, Fallon and Chloe’s stalled romance is the most tantalizing aspect of Enter the Fat Dragon. She’s famous enough to attract the unwanted attention of the Japanese yakuza, but not talented enough to be a good actress, as Fallon notes huffily: “You have only one expression from beginning to end.” That joke sounds like a self-deprecating wink to Yen’s critics, but it’s unclear given how impersonal the rest of Fallon and Chloe’s pre-breakup relationship is. She nags him and demands that he stop stealing her thunder even though he’s totally dedicated to her, even recalling personal details about her parents. That’s how you know Enter the Fat Dragon is a Donnie Yen picture: this guy thinks that caring about your in-laws is an unassailable proof of one’s character.

By now, you’re probably wondering: Didn’t Simon say something about a fat suit? Honestly, I hoped you had forgotten, because Yen seems to have done the same. You’d think (or maybe just hope) that Yen would have prepared some good slapstick routines for a movie where he runs around and fights dudes while wearing a fat suit. You would be wrong, though the dog puppet scene is funny. Enter the Fat Dragon is sadly not even the best recent Chinese action-comedy to feature fat suits. That questionable honor belongs to Fat Buddies, a shameless 2018 buddy comedy that has two protagonists in fat suits and even less good taste. I’m not sure that Enter the Fat Dragon ever stood a chance of making an impression with American moviegoers, not when all they seem to want from Yen is more Ip Man sequels. But sometimes, just fine is more disappointing than flat-out embarrassing.