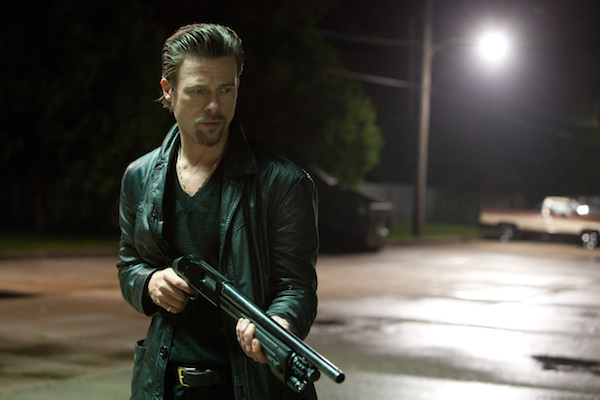 The F Bomb will examine movies that earned the dreaded F grade on Cinemascore. I look into why the project blew up in the faces of their filmmakers and whether it deserved the dishonor.

CinemaScore is a flimsy answer to the question of “what if the voice of the audience matters more than the critical consensus.” On opening day, theaters across North America provide ballots to audience members on movies opening wide that weekend to gauge their reaction. Derived from a marketing firm based in Las Vegas, CinemaScore puts a priority of commerce over art. It is perhaps best understood as a means of understanding whether or not a film met expectations: Is this the movie the audience thought they were going to get, and if so, how well-done was it? It serves as a relatively reliable metric for the studio to understand which movies are worth promoting and how they can push it to gain maximal box-office returns.

It’s rare for a movie to score an F grade. As of this writing, only 19 films have gotten the (dis)honor of earning the lowest grade in existence. An F usually means box-office poison. Ed Mintz, the founder of CinemaScore, says that movies that receive Ds or Fs shouldn’t have been made in the first place, or “they promoted it funny and received the wrong crowd.” Whether audiences are turned off by actors playing against type, a trailer that’s entirely different from the content, or an experimental style of filmmaking ill-suited for audiences on 3,000 screens, CinemaScore will note their dissatisfaction.

Andrew Dominik has only directed three features in his career, all of which focus on criminal culture. He debuted with Chopper, a marvelous character study of the infamous Australian convict Mark Chopper Read, featuring a breakthrough performance from Eric Bana. Dominik then followed up with The Assassination of Jesse James By the Coward Robert Ford, which stars Brad Pitt and Casey Affleck, and is about the limits of worshiping a villain. His third, Killing Them Softly, features the sort of star-studded ensemble cast and exquisitely beautiful camerawork that could have established him as a critical darling.

Adapted from the George V. Higgins novel Cogan’s Trade, it centers on Jackie Cogan (Brad Pitt), a hitman who has to investigate a botched robbery of a poker game. That robbery is perpetrated by several culprits, most of whom are either, putting it politely, either kind of dumb or past their prime. Rounding out the cast are James Gandolfini and Ray Liotta reprising, or perhaps commenting on, the sort of mob roles that made them recognizable in the first place. The trailers hinted at a testosterone-fueled crime saga; instead, audiences got a stale genre exercise that preaches about American decline.

Killing Them Softly drastically changes the backdrop from its pulp source, yet faithfully follows each page. It switches the setting of the 1970s with the global financial crisis of 2008, mere days before Barack Obama was elected, and it’s more than a coincidence that it was shot in New Orleans, rather than New England. This transforms the film into an explicit indictment of crony capitalism, taken to its most literal form. This was also the premise of Cogan’s Trade, where a middle management of mob elites so narcissistic and trapped in their indulgences that they have little energy to carry out the work, instead letting their foot soldiers, quite possibly dumber than rocks, do it for them.

When the film premiered at Cannes, early reviews were positive. Todd McCarthy from the Hollywood Reporter, called it “terribly smart in every aspect” and Peter Bradshaw of The Guardian was ecstatic, giving it a perfect five stars. Reception upon release was more mixed. Roger Ebert’s review praised the performances, but criticized it for “having seen versions of this story forever.” Kurt Loder of Reason labelled it a “talky noir with a political agenda,” which describes the film’s word of mouth in a nutshell. It earned $6.8 million in its opening weekend, coming in seventh against, among other films, Skyfall, the final installment of the Twilight franchise, and Lincoln.

Killing Them Softly is harshly critical of the empty political rhetoric bellowed by politicians, uttered while their constituents below them live through intense economic stress. As a man trawls through wind-strewn garbage as Barack Obama campaigned for president, the credits disrupt the speech, implying little substance to his words. It finishes ferociously with Obama delivering his victory speech at a bar where Cogan tells the Driver to pay up after a long day of work.

Noir and gangster films have always used capitalism as a crutch for one main reason: every character is talking about money as something to be pursued and taken, always at the expense of other people and often out of desperation. Killing Them Softly asks what happens if everyone lost and the only hope is to withstand the cruel nature of financial anxiety. One character mentions a robbery of a poker game to be an “economic fucking collapse,” where the players lost all of their cash because Mark Trattman (Ray Liotta) chose to screw them over for his own amusement.

Largely dialogue-driven, the film’s tension derives from the relationship between the gangsters. Cogan is stoic, calling out the bullshit of every man he meets. But whenever he comes across self-pity, Brad Pitt’s face absorbs it, emitting a subtle disgust at the system to which he’s succumbed. When he meets James Gandolfini’s New York Mickey, a fellow hitman who just got paroled and is now indulging in alcohol and hookers, there’s a sense that they are exhausted. As he hears about the events surrounding the robbery, he pontificates how calculated the beatings are, before saying how he likes to kill them softly, without any emotional distance.

Andrew Dominik takes character actors such as Liotta and Gandolfini and puts them not in the spotlight, but in the shadows, asking his audience to imagine them after they reach their peak. You can’t help but envision them in their iconic roles. What if Tony Soprano could not solve his demons after his marriage with Carmela falls apart? What happens to Henry Hill after going into Witness Protection? The answer is a tragic story of declining trust. In the past, we only accepted them because they were good at what they do. And if they can’t do the work, then they pass it on to a duo (played by Ben Mendelsohn and Scott McNairy) who believe that wearing clean gloves with a sawed-off shotgun is an appropriate way to pull off a casino robbery.

Killing Them Softly failed to capture a large audience at least in part because its marketing teased a different, more glamorous movie, one featuring guns and geezers with familiar faces playing familiar macho roles. In contrast, the final product was anything but. Despite its relatively lean 97-minute running time, it moves along at a glacial pace, crooks spending more time pontificating about their jobs rather than throwing punches. Killing Them Softly is interesting in that it was also one of the first gangster movies to address the global financial crisis of 2008. But a lack of distance and a lack of subtlety made it hard for audiences to connect with the movie.

A handful of films since have used the global financial crisis as a backdrop and a growing fear of displacement. Hell or High Water, The Mule, Hustlers, even Dragged Across Concrete, highlights that the impact of the recession is still felt by many Americans. Bringing attention to Liotta and Gandolfini may have been what killed Killing Them Softly. It flirts nostalgically with the roles that made those actors famous but is more critique than fond remembrance. These men are trapped by their own hubris; Death is the only remedy. You don’t feel bad for them because this is America, which simply operates like a business. That’s perhaps the bleakest statement any crime film could make throughout this decade.