Halle Berry and Nicolas Cage each made the least of golden opportunity – or did they? 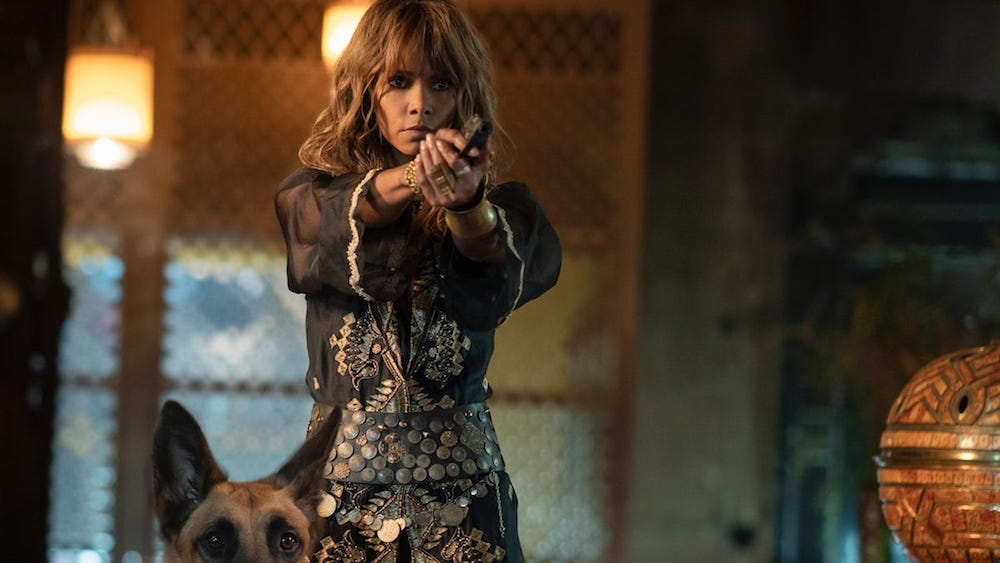 Halle Berry, buoyed by her Oscar and sheer will, went her own way

Halle Berry and Nicolas Cage each made the least of golden opportunity – or did they?

The story goes that Halle Berry walked into her negotiations for X2, placed her Oscar on the table (in the middle of the table, no less), and said, “What you got?”

Or at least that’s how I imagine it.

“You know what happens to a toad when it’s struck by lightning?” Beat. “The same thing that happens to everything else” and “Hang on to something” in X-Men gave way to, well, let’s just say she was more … present. That Oscar was like a big, old bully because what we got was a Storm who was more of a central figure, or at least one who had more lines in the rest of the series.

Berry had inspired little girls everywhere with her tear-stained, almost three-minute speech to accept the Academy Award for Best Actress (Monster’s Ball), the first black woman to do so. It was an even more historic night as Denzel Washington (Training Day) took home the Oscar for Best Actor, the first time in Academy history that two black actors had taken home the night’s top two honors.

It was long established that Denzel was Oscar-caliber from the jump (see Carbon Copy). For Berry, it seemed as if it would be validation that she was more than just a beautiful face (and a pass for doing Swordfish that same year): She was an artist.

One dream checked off her list, Boss Berry followed it with another: She played “Bond girl” Jinx in Die Another Day. She flexed her horror muscles (or something like it) in Gothika. And then she stepped into the high heels of an antihero with the CATastrophe (I could NOT help myself) that was Catwoman.

Some might say she squandered the push that an Oscar was supposed to give to her career. What this essay presupposes is: Maybe she didn’t?

It was almost as if, feeling she had nothing else to prove — because … Oscar — that she was free to do whatever the hell she wanted.

She’s not the first, and God willing, I hope she’s not the last to grab Oscar, say “Thanks, man; good looking out,” put it on a shelf, and then go her own way.

Wittingly or not, Berry was just following the modern prototype for these sorts of shenanigans: Nicolas Cage. He left every fuck he had to give right there on the stage after he won his Oscar for Leaving Las Vegas. In his day, after getting that Award, an actor would keep their noses in the air and just NOT act, unless it was in a PRESTIGE film (not the movie The Prestige, just prestige).

Not Mr. Cage. He broke through the stereotype as if he was honoring the superhero from which he took his name, Luke Cage (a foine example of Marvel television). Power Man, indeed: Cage flipped the script and the table. Heck, he dragged that Oscar around town and used it to carve a path to his dream job of playing Superman, something he finally got to do with Teen Titans Go! In 2018.

The Rock, Con Air, Face/Off, City of Angels, Snake Eyes, 8MM, Gone in 60 Seconds, yadda, yadda, yadda, Ghost Rider, and the National Treasure series. He turned into an action gawd with occasional forays into drama just to tease the public. And that was just his first act!

Now, he’s become one of the patron saints of the horror renaissance. God bless him, he’s given us Left Behind (argue with me later on this point but if you think a retelling of the Bible’s Book of Revelations isn’t horror, then you’re not reading it right), Mandy, Color Out of Space, and Primal, and more that he’s signed to do.

Cage has so much more scenery to chew, thank you very much, even playing himself in The Unbearable Weight of Massive Talent (the story of his life?) next year. And Berry, well, her biggest weapon is her versatility, don’t you know? They diversified their portfolios in ways that keep fans engaged and keep their pockets right. Have you checked out Berry’s Instagram? You should. Have you perused VOD Cage’s catalog? You should.

As a rule, Cage and Berry’s post-Oscar films aren’t awful (though there is an exception to every rule, and it’s no different here: Debate Ghost Rider among yourselves but there is NO debate about how terrible, horrible, no-good Catwoman is). A lot of those movies are bonkers, and a lot of them are actually pretty good. What those movies didn’t do was approach awards bait. Well, of the non-MTV variety anyway, and that left some people scratching their heads.

(Cage paved a path, using wanton destruction and free will, that would be used, too, by Adrien Brody, who won Best Actor at 29 and followed up his historic Oscar win with ... an unapologetic Diet Coke commercial.)

My father always said that once something is on your resume, no matter how it ends, no one can wipe it off. Maybe these artists had the same advice: No matter what drivel, er movies, they choose to grace, they will always be able to say “Academy Award winner” before their names.

“Hang on to something,” indeed.

Dawn M. Burkes is Editorial and Publishing Coordinator for FANGORIA, REBELLER and Cinestate. The longtime journalist with a focus on entertainment, news and sports has been a five-tool player for The Dallas Morning News, The Atlanta Journal-Constitution, USA Today, and Miami Herald, among other media organizations. She has also written for Urban Arts Magazine, OurselvesBlack.com and The Dallas Observer. She hosted a podcast, From the Hip. Go ahead: Make her day and @ her on Twitter: @DawnBurkes.