When It’s Time to Shut Up 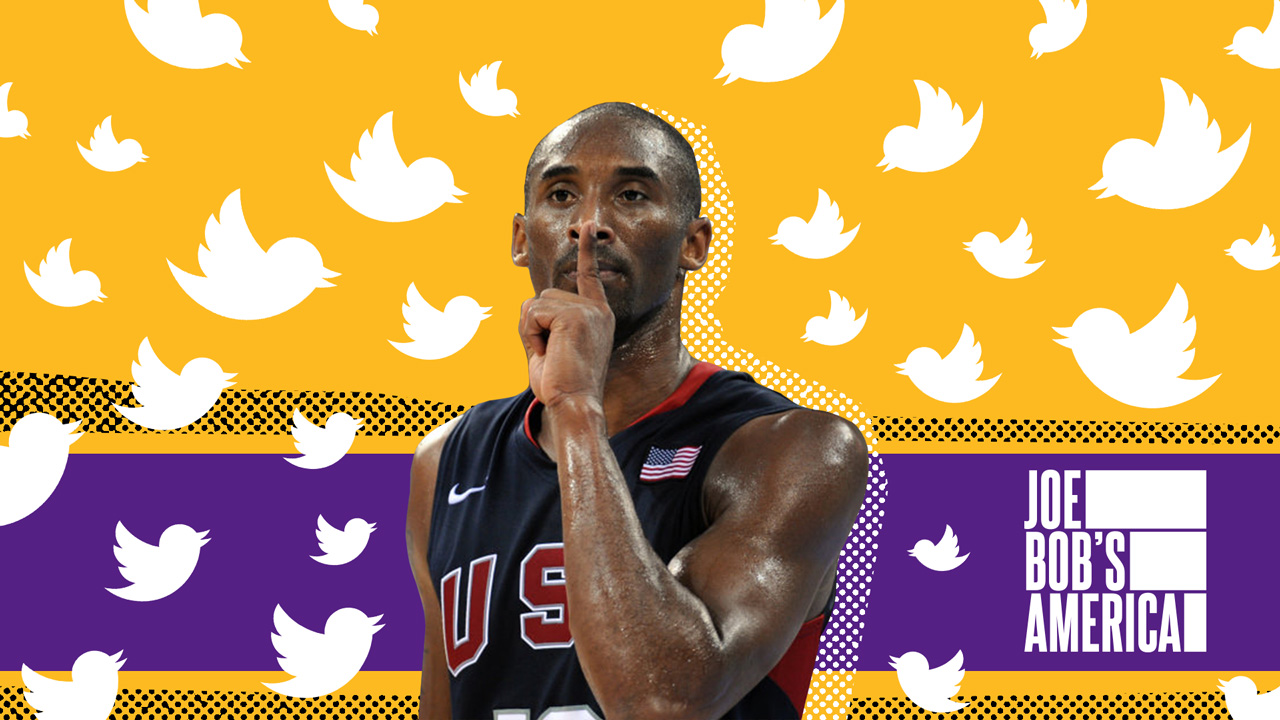 When It’s Time to Shut Up

NEW YORK — Earlier this week, when charred pieces of a Sikorsky S-76B were strewn all over the fogged-in hills around Calabasas, TMZ reported the death of Kobe Bryant without waiting for next-of-kin notification, then several Twitter ghouls started kicking his still unburied and un-mourned body by “reminding” us that he’s a “rapist.” I’m not gonna name the actress who instigated that dogpile because she’s getting public death threats, so there’s yet a third layer of media ruthlessness operating here, in the form of “let’s kill the person who doesn’t show proper respect for the dead.”

None of this stuff is illegal — the First Amendment protects lunatics as well as the New York Times as well as lunatics who work for the New York Times — but what makes it possible is an act of Congress. The Communications Decency Act of 1996 states that online publishers are not responsible for the content they online-publish. On the day this was passed, Benjamin Franklin rolled over so many times that it took a 20-man landscaping crew to restore the Christ Church Burial Ground in Philadelphia. On the day he printed the first issue of Poor Richard’s Almanack in 1733, Ben Franklin was the equivalent of a newbie on Twitter, and on the day he published his autobiography in 1791, he was the equivalent of Bob Woodward putting out his next tome. But in both cases, he was operating under the same rules. “Communications Decency” was something you didn’t have to ask Congress about.

So, for 200 years we had a defense against people who owned printing presses going off half-cocked. Libel and defamation laws made it possible to go after malicious media in court — in one famous case, Shirley Temple’s handlers successfully sued Graham Greene for a review that said she was pedophile bait — and at the very least you could usually pry some money out of anyone who played around with your photos or tossed out rumors to see which one stuck. Guys like me were protected — satire has been an exception to libel law ever since Rodgers & Hammerstein sued Mad Magazine and lost — and you can’t slander the dead. Obviously, the Kobe-hating actress knew her libel law. If she had called Bryant a rapist 24 hours earlier, she could have been sued since he was never convicted of any crime.

Decisions about what to say and when to say it are the essence of publishing, whether you’re posting for one person or one million. There’s nothing about the internet that makes the world any different today than it was in 1950, when my old acquaintance Herb Baggarly took over the Tulia Herald, the only media outlet in Swisher County, Texas, and through sheer persistence, courage, and flair for the English language, became the conscience of the Panhandle. (His advertisers were pretty much 100 percent opposed to his editorial policies but found it difficult to argue with an editor whose column was read by subscription in every state of the Union plus two dozen foreign countries.)

Anybody who publishes — whether you’re doing a weekly blog for the Twin Cities Apostolic Church of the One Christ or managing the Washington Post newsroom — knows there are three types of news:

It’s this third category that separates the heroes from the villains. Great writers, great editors, and great publishers know when to shut up.

I remember sitting with Tim Kelly, the award-winning publisher of the Lexington Herald-News, back when he was managing editor at the Dallas Times-Herald, going through photos of a Delta plane crash in which the seats had been ripped out with the passengers still strapped in, creating the bizarre image of numerous people upside down on the runway, dead, but still clutching the arm rests. We weren’t shy about sticking unpleasant images in people’s faces. We were the scrappy, often struggling afternoon newspaper with the tabloid instincts of Walter Burns in The Front Page. Tim chose not to publish. He did the right thing. For us, it would have been a three-day boost in circulation. For someone’s family, it was a lifetime of recurring nightmares.

When I was at the Arkansas Democrat in Little Rock, we never published the names of any criminal defendant younger than the age of 18. It’s not that we couldn’t. There’s no law against it. Today, it happens all the time. Somehow, we got the idea into our heads that these kids who committed violent crimes could be saved, and that giving them a lifetime stigma was not worth getting a story that day. How naïve. How charmingly silly of us.

I never knew a police-beat reporter who didn’t soft-sell the details of suicides. When a person kills himself, he ends up in strange positions, and the body ends up being destroyed in strange ways. We left that to the imagination. If the family wanted to know, there were ways they could find out. Nobody else had to know.

A few decades ago, I got a phoned-in tip from a woman in Irving, Texas, who wanted me to know that weird illegal things were going on in the City of Dallas department that processed parking tickets. I drove out to her trailer, and she pacified two screaming kids while she went and brought me a straw basket full of copies of parking-fine receipts.

“These should never leave City Hall,” she said.

I asked her where she got these. “My husband brought them home.”

So, I took the receipts and went to the county records office and laboriously went through the original citations to try to figure out what they all had in common. Halfway through my efforts — which were going nowhere — the head of the department called me in and said, “I understand you’re going through my records.”

I told him that yes, I was. I told him I thought there were irregularities, and so he told me what happened. An employee had been pulling the receipt copies out of the files, taking the money from the fines that were paid in cash, then putting the receipt copy back later when he repaid the cash. In other words, he was getting interest-free loans from the parking ticket money. He had been caught, disciplined, and denied a promotion, and there was no longer any way for him to take the cash.

I went back to the woman in the trailer park, his estranged wife, and in the course of talking to her, learned that they were in the middle of a custody fight. She was using me to win the custody fight. She was hoping that he would get fired, publicly embarrassed, or otherwise discredited in the eyes of the divorce-court judge.

I went back to the office, told the city editor what I knew — let’s call him Larry; he’s passed on since then — and Larry said, “When can I expect the story?”

And I said, “I think it’s no story. The offense is minor, it’s over, it’s already been exposed, the city has already dealt with it, and the only reason we investigated in the first place is that the wife is using whatever she can to make sure he doesn’t get any visitation privileges for his kids. I think it’s no harm, no foul.”

Larry then proceeded to make the most self-righteous virtue-signaling speech I’ve ever heard in my life, all about how, “There are thousands of public-spirited employees who did not commit petty theft with the city’s funds,” and “It’s not for us to judge the seriousness of the crime, it’s our job to report the truth,” and “We are watchdogs for things like this,” and he also mentioned that it’s a story the competing newspaper could never get.

He told me to write it and I wrote it.

The guy got fired. His wife got the kids. It was the wrong thing to do.

So, my hands are dirty in this department.

But here are a few things that even Larry would never do:

He would never report a death before next-of-kin notification. Shame on you guys at TMZ.

He would never unearth an old allegation that never went to court on the day a celebrity died. Shame on you entertainment figures who did that.

In the case I just described, Larry thought it had a purpose and I thought it didn’t, but at least we talked about it.

All you other people, to hell with you. You’re cowards and vultures. Shut up.