Jordan Peterson Tells the World to Clean Its Room 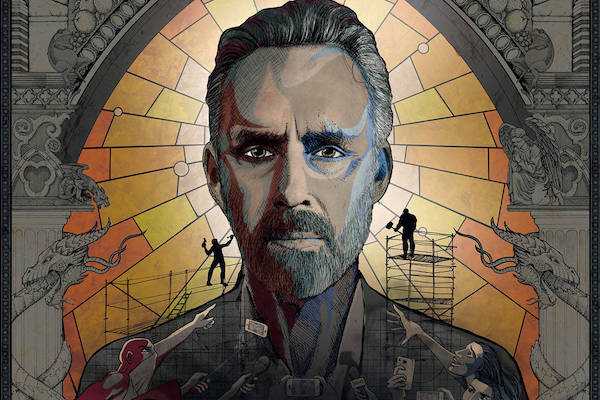 Jordan Peterson Tells the World to Clean Its Room

ordan Peterson is perfect fodder for a documentary.

As a wildly popular public figure whose concerns include the differences between men and women, the existential threat of postmodernism to the West, and the search for deeper meaning through the lens of Dostoyevsky, lobsters, and Pinocchio, Peterson’s presence is a bit like Kanye West’s: polarizing, yet fascinating in its grandiosity that it’s difficult to ignore. He’s an avatar of, and advocate for, unapologetic masculinity with a fanbase that is predominantly young and male.

In other words, he’s a threat to the progressive order. How Peterson came to be seen as a threat is a complicated and occasionally silly story. But the long and the short of it is that Peterson refuses to hew to orthodoxies some in modernity are trying to hoist upon society. He is blunt and has no patience for political correctness; he is saying what he thinks, means, and says.

But if this man is an existential threat to your beliefs, maybe you need to check your premises. That’s hinted in The Rise of Jordan Peterson, where we see young men grab their chances to take unadulterated selfies with him. One of the boys tells the filmmaker that reading 12 Rules for Life repeatedly helped improve his life — which, in Peterson’s world, amounts to “cleaning your room.”

The documentary, currently available via on-demand video, gained attention when several venues refused to screen the film because they were concerned about the film espousing “right-wing talking points.” It played in select theaters, and the screening I went to was almost sold out. The Rise of Jordan Peterson is not the first documentary of its nature to face de-platforming efforts. The Red Pill, a flawed documentary about men’s rights activists, was blocked from being viewed at independent theater chains in Australia following public petitions and had its screening contested by rowdy students at Sydney University.

Ironically, both documentaries were directed by women. Patricia Marcossia, who was a graduate student under Peterson, helms The Rise with a fly-on-the-wall approach that comes with solid results: The documentary offers sober insights on the professor and how he rose to larger prominence. There are no “right-wing talking points,” as its naysayers would have you believe, because his politics aren’t really the focus. Instead, it depicts the Peterson phenomenon writ large.

The Rise is mostly a collage of clips from interviews, lectures, and speaking tours, which are often attended by crowds in the tens of thousands. In his teachings, Peterson investigates the deeper meaning of chaos through the lens of those who experienced totalitarianism under the Nazis and the Soviets. In interviews, he battles against journalists justifying gender hierarchies, and at one point bluntly states women wear makeup just to attract male attention. “I can’t imagine what it’s like to be publicly heated,” he tells the camera. The juxtaposition of those blunt interviews with his fanbase’s idolization helps us appreciate why he has become one of the more divisive figures on the scene.

Marcossia highlights opposing talking heads who have come into contact with Peterson over the last few years. One is Lane Patriquin, an intersex activist who filmed herself speaking out against Peterson on campus in 2016 when he voiced opposition to Bill C-16, legislation he says infringes on free speech by penalizing individuals who would not use the preferred pronouns of transgendered individuals. (For the record, Peterson has no problem using the preferred pronouns; his concern was with punishing individuals who might be less enlightened). The effort to censure him backfired: The clip racked up more than 1,000,000 views on YouTube and made him a cause celebre for those who have grown tired of efforts to crack down on freedoms in favor of politeness.

Peterson’s colleagues express a hot-and-cold relationship now that he is more famous. Bernard Schiff, an emeritus professor of psychology, spoke about growing distant from Peterson, believing his preacher-like quality enables his angriest fans. Another is Will Cunningham, a colleague and friend of Peterson’s at the University of Toronto’s Psychology department. Cunningham is much more measured, deriding Peterson’s large fan base as a “cult.” But Cunningham also admits to being baffled by the media’s decision to frame him as a crank. As Cunningham reads Peterson’s tweets, he is stuck between the two personae of Jordan Peterson; one Cunningham describes as agreeable, but gruff. The other is a Jordan Peterson who is inauthentic and manufactured for rage clicks.

Peterson's students advise him to be more intimate. We see an example of Peterson’s more restrained side as his wife Tammy prepares an all-beef meal (the diet, he claimed, helped defeat his life-long depression), asking why he hasn't been doing yoga with her lately. Tammy is portrayed as someone who understands his complicated nature, presenting a familial bond between the two of them strong enough to contrast the ticked culture-warrior persona that he has assumed in recent years. Peterson recently went into rehab, when his wife’s cancer diagnosis led him to stop taking anxiety medication.

Perhaps the best way to understand Peterson is that he is deeply aware that order is not only hard to maintain but also easy to lose. We can see that he sees this in himself, as he has his own demons to battle. Marcossia thoughtfully explores him in a humanistic way without being tempted to lean into one preconceived direction.