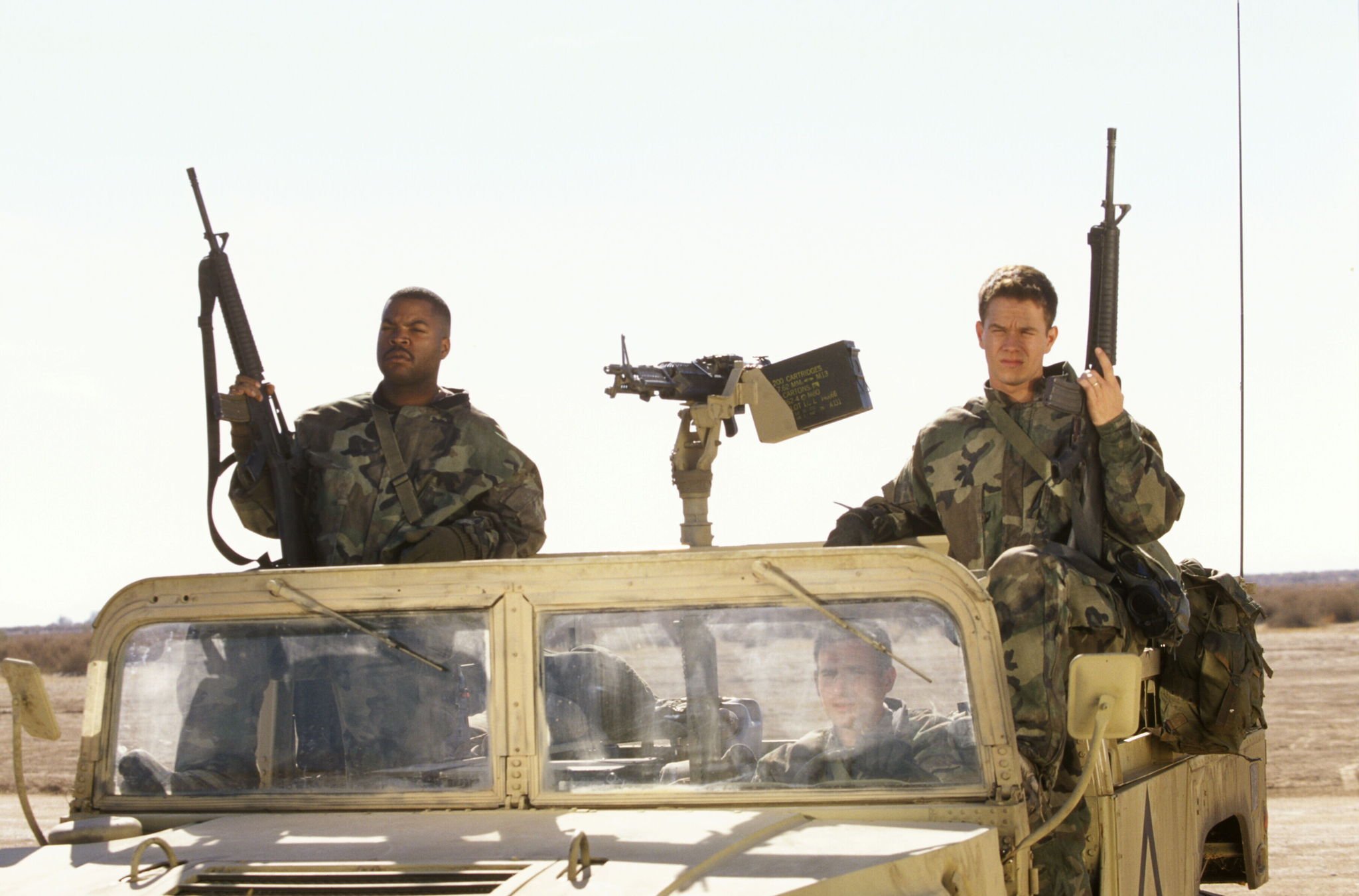 n the trailer for Spenser Confidential, Mark Wahlberg berates his new roommate for being completely oblivious that he brawled with a gang at a restaurant and then crashed the car to get him out of there. In a way, it represented Mark Wahlberg in a nutshell. With a face so boyish and childlike he brings a dread of anxiety that enhances much of his acting, giving one the impression of a frat boy on the edge of losing it. It’s a trait you think might work in any genre, but, in my opinion, it works far better in his comedies because they are often a send-up of his personality.

Wahlberg’s work as a beefcake rapper with working-class roots in Boston gives him the (occasionally unfair) appearance of being innately goofy. This was a strength in his budding movie career, particularly in Boogie Nights, where he plays emerging adult star Dirk Diggler. Paul Thomas Anderson’s exploration into the Golden Age of the adult industry has a lot of tragic undertones, with one notable scene serving as an exception: when Dirk sings a half-assed rendition of “The Touch” in Boogie Nights, playing off that guy you saw in the “Good Vibrations” music video, portrayed as if Justin Bieber was covering “Danger Zone.” It was sad and silly and pathetic, a man out of his depth and unaware of how silly he looked. It was how some people could have looked at Wahlberg himself, if he had bombed in Boogie Nights.

If Boogie Nights turned Wahlberg into a serious actor, then it was David O. Russell's Three Kings that made him a star. Working alongside budding TV and movie star George Clooney and fellow musician-turned-actor Ice Cube, Wahlberg played Troy Barlow, a soldier with working-class roots who becomes disillusioned as the Gulf War ends. At the beginning of the movie, we see the soldiers, including Troy Barlow, partying during the conflict’s final stages; it gives off some of the frat-boy vibes from his heyday as Marky Mark. Throughout the film, however, he expresses some confusion when he is captured by an Iraqi military intelligence agent. Like why is the terrorist holding him hostage talking about how imperialist Michael Jackson’s music is? His goofy, confused grimace and furrowed brow? That’s a stand-in for all of us.

In Russell’s next effort, I Heart Huckabees, Wahlberg plays Tommy Corn, a firefighter estranged from his family who has a deep opposition to petroleum. In a way, it shows a Wahlberg tic that could be used as an advantage in any entry of his filmography. He delivers lines in a way that can only be described as confused urgency, betraying a puzzlement about the things that are happening around him. Wahlberg is a key to understanding why that film is excessively abstract, opening up another comedic facet. His performance was ranked as a runner-up in the Village Voice Film Poll for Best Supporting Actor, and there’s a reason why.

It was in The Departed, where Wahlberg is hilarious as the wise-cracking staff sergeant Dignam, that his comedic prowess best shines through. He grills everyone in his sight and has the most memorable lines in the movie. “I’m the guy who does his job. You must be the other guy,” he tells a technician after an operation goes wrong. These exchanges emit a cocky attitude that allows him to be funny, while the rest of the cast marinates in stress and tension.

The comedic undertones to Wahlberg’s work often shine through unintentionally. In M. Night Shyamalan’s The Happening, Wahlberg is miscast as a science teacher who escapes with his wife when a mysterious toxin makes everybody commit suicide. Nothing about the movie works, except for Wahlberg, who by accident, makes it more watchable than it should be. While each character acts as inhumanely as possible, he emotes levels of confusion that are admittedly endearing. While there are many examples of this — discovering the plants are plastic (in a display house), saying “what, no” to a suspicious housekeeper — the most entertaining one is an exasperated Wahlberg trying to figure out what to do when he sees a bout of mass suicides, as the camera pushes in for an extreme close-up. There is barely a palatable emotion expressed, and it is not as scary as it should be, but that failure is eye-opening. The Happening is far better understood as a comedy, laughs compensating for its dull thrills.

The Other Guys puts Wahlberg’s toughness against the wall, by imagining the same person he played in The Departed being demoted and getting his just desserts after telling off the computer tech for being “the other guy.” He’s a detective who has to tag alongside Will Ferrell, where he is relegated to the lower levels of the police department. It’s hilarious to see Wahlberg berate Ferrell for humming so loudly, because Ferrell takes the insult literally, as if that toughness was just a facade.

Wahlberg reprises that sendoff as Daniel Lugo in Pain and Gain. As a bodybuilder, Lugo’s narcissism is as big as the weights he lifts and he thinks he deserves the lifestyle of the man he kidnaps, rips off and tries to murder. Pain and Gain is a brilliant, if heavy-handed, take on American narcissism in the ‘90s, personified by the grotesque bodybuilding culture of Florida’s beach communities. While Bay blares out much of Lugo’s delusions like a carnival barker, Wahlberg plays them off in making him not simply repulsive. His lack of intellect is often treated as a bleak punchline, whether he is plotting the next step to his crimes or a failed scheme to rip off vulnerable clients. While the character is charmless and that goofiness is less transparent compared to his past comedies, it doesn’t appear to be an impediment. It also helps that Lugo is multi-faceted enough to make the desperation seedier: He’s anxious about his buff looks, desperate to find new ways to make more money, and shallow enough to take motivational speakers as seriously as the Bible.

I remember listening to a podcast, in which Pain and Gain was listed as one of the best films released that year. One of the hosts objected, saying that Mark Wahlberg should not attempt comedy ever again. But that person is wrong. Not only is Wahlberg pretty good at it, it’s a better natural fit for him than drama. He was born to be funny and has specific abilities that make comedy work to his advantage.