Martin Scorsese, Female Silence, and the Moment of Illumination 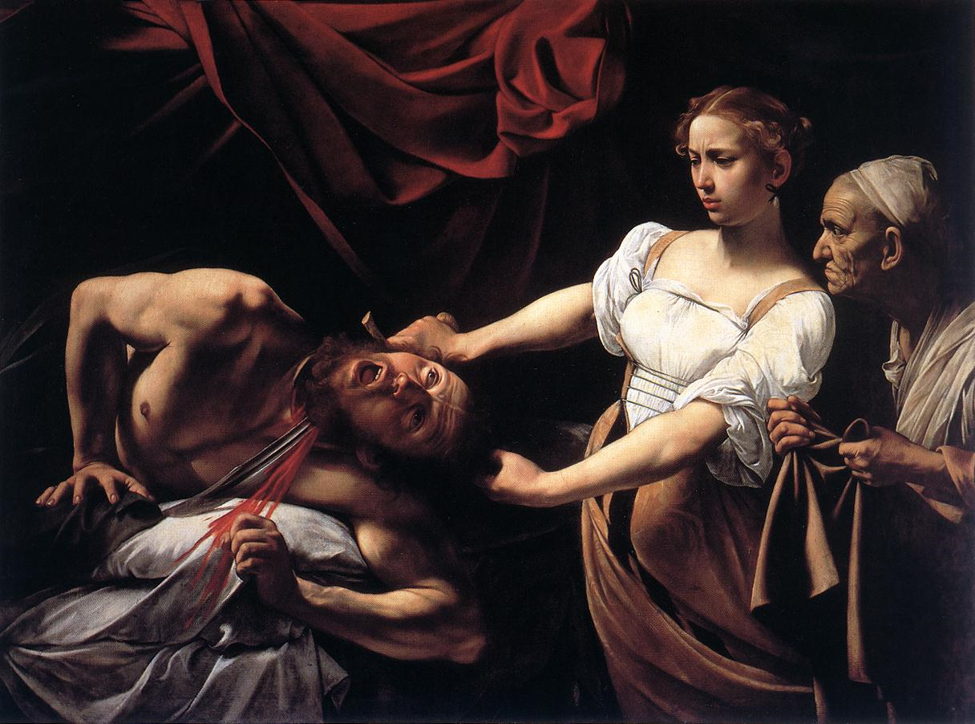 Martin Scorsese, Female Silence, and the Moment of Illumination

Caravaggio looms over Martin Scorsese’s cinema. Four centuries ago, the Italian artist produced in media res paintings featuring Roman street subjects in sacred and profane settings: people in the act of committing crimes; witnesses stuck in the moment; silent but clearly expressive individuals. Scorsese originally learned about Caravaggio’s work through friend and fellow filmmaker Paul Schrader and first incorporated the artist’s sacred and profane elements into the 1973 picture Mean Streets, a story about a man’s search for meaning in New York City. By exploring that film’s thematic juxtapositions and depiction of women, modern moviegoers can better appreciate Scorsese’s use of female silence in The Irishman.

In Mean Streets and The Irishman, the concept of home plays a crucial role. For someone like Scorsese, raised by first-generation Italian-Americans and educated by grainy Italian Neorealist films on television, the home environment is indeed a sacred place. But Mean Streets doesn’t begin with rosaries and prayers; it begins with a domestic nightmare and transitions to a hellish, red-tinted underworld, directly inspired by Caravaggio’s cinematic staging and chiaroscuro palette. Through opening voice-over narration, Harvey Keitel’s Charley Cappa establishes the film’s sacred/profane tone: “You don’t make up for your sins in the church. You do it in the streets. You do it at home. The rest is bullshit, and you know it.” Unlike The Irishman’s Frank Sheeran (Robert De Niro) — an old man confronting the past — Charley’s a young man stuck in time. As such, he calls to mind the male victim in Caravaggio’s “Judith Beheading Holofernes,” an individual who’s technically still alive but nearing death. Charley worries about a spiritual death, and looks to a sacred environment (his apartment, full of symbolic religious imagery) for answers. In Mean Streets, Scorsese uses two female characters for commentaries about Charley’s sacred and profane push-and pull, his inability to fully commit to either the streets or a stable relationship.

Amy Robinson portrays Teresa Ronchelli in Mean Streets, an epileptic woman who’s described as “sick in the head” by Charley’s gangster uncle Giovanni (Cesare Danova). She too is a Caravaggian figure, a person deemed unholy because of her unfortunate cerebral condition. When Teresa first appears on screen, Charley watches her undress from his apartment home, a moment of sexual illumination. Soon after, Scorsese and cinematographer Kent L. Wakeford frame Teresa draped in white sheets, nude in Charley’s bed. Throughout Mean Streets, Teresa urges her love interest to move into a new apartment with her. Meanwhile, Charley struggles with his feelings for an African-American dancer named Diane (Jeannie Bell). Diane also represents a sacred/profane Caravaggian figure, as Charley knows full well that if Teresa isn’t viewed as an acceptable partner by Uncle Giovanni, then Diane similarly won’t be part of the picture. Like Caravaggian witnesses, both women loom behind the main action. Of course, there’s nothing wrong with Teresa or Diane, it’s just that Charley won’t man up either way. He loves Teresa’s “big mouth” but doesn’t appreciate how she speaks to a black maid. Charley finds Diane appealing, but he uses racial slurs (via his inner dialogue) as a protective measure. Like The Irishman’s Frank Sheeran, Charley wants the best of both worlds and doesn’t want to answer any difficult questions at home. This is the conceptual foundation for Peggy Sheeran’s lack of dialogue in The Irishman - silence as Caravaggian screaming.

In The Irishman, young Peggy (Lucy Gallina) first appears inside the Sheeran home — a sacred Scorsesian setting — after being pushed by a local grocer. “What’s the matter with her?” Frank says, and subsequently makes Peggy bear witness as he gives said grocer a proper beating. It’s arguably The Irishman’s weakest scene, given the exaggerated acting from the victim and De Niro’s stiff body movements betraying the CGI magic at work, but it’s arguably the film’s most important scene, one that turns out to be a moment of illumination for Peggy. Later in the film, Dolores Sheeran (Marin Ireland), now an adult, reveals to Frank that she and Peggy could never tell him about any problems as kids because of the violent implications. Frank desecrated their sacred home life in favor of the opportunistic and profane underworld. During young Peggy’s collective scenes in The Irishman, she consistently glares at Frank and Philadelphia mob boss Russell Bufalino (Joe Pesci), but curiously warms up to Jimmy Hoffa (Al Pacino): a man known for helping people. A saint, if you will. At a bowling alley, the sacrilegious Russell tries his best to entertain young Peggy and only succeeds when telling a religion-themed joke: “Do you know why God made the sky so high? So that the little birdies wouldn’t bunk their heads on it when they’re flying around.” During this conversation, young Peggy speaks for the first time in The Irishman, a moment of illumination that fully aligns with Scorsese’s character motifs about silence and action, the sacred and the profane. There’s still a glimmer of hope.

Unsurprisingly, Scorsese’s character motifs weren’t identified by those who reduce criticism to counting the number of lines uttered by each gender. Much of the Twitter backlash ignored the relevance of Gallina’s scenes, and instead focused on the more accomplished Paquin (older Peggy). When she first appears on screen, the setting is once again the Sheeran home, a sacred setting, as news reports detail the murder of gangster Joey Gallo. Peggy immediately connects Frank to the crime and contemplates whether or not to confront her father in the family kitchen. She literally toes the line between two rooms, balancing on the edge of the sacred and profane. Peggy then makes her decision and walks away — a moment of illumination featuring a Caravaggian witness observing from the outer frame. Later, when adult Peggy finally speaks (“Why?”) after Hoffa disappears, it’s purely symbolic and properly in line with everything that came before in The Irishman. Peggy speaks volumes through silence, the same way that Caravaggio’s “Medusa” conveys shock, or how “David with the Head of Goliath” communicates despair (Caravaggio offered his severed head, via art, to Roman patrons after killing a man).

By removing himself from domestic responsibilities, The Irishman’s Frank Sheeran ends up in a personal hell. Mean Streets’ Johnny Boy Civello (also DeNiro) similarly lives in darkness, the result of his profane behavior. During a climactic moment, shortly before Johnny Boy breaks street code and refuses to pay loan debts, he jokes about Cousin Teresa’s sexual relationship with Charley. A brief altercation ensues, with Teresa experiencing an epileptic seizure. In a Caravaggian cameo role, Scorsese’s mother Catherine enters the frame and speaks in Italian while Charley and Johnny Boy flee. In this brief sequence, featuring Teresa as both a witness and tragic figure, the character staging mirrors Caravaggio’s cinematic moments of illumination, especially during the final seconds when Scorsese appears to cite “Conversion on the Way to Damascus,” his favorite painting by the Italian master of chiaroscuro.

Scorsese’s Mean Streets and The Irishman conclude with contrasting moments of illumination. In the 1973 film, Teresa recovers from her seizure and joins the boys for a car ride to Brooklyn. As with so many Caravaggio paintings, the film’s cinematic artist, Scorsese, makes a cameo. Portraying hitman Jimmy Shorts, Scorsese puts a bullet in Johnny Boy’s neck, creating a moment of illumination that includes all the bloody mayhem of Caravaggio’s “Judith Beheading Holofernes.” Now, both Teresa and Charley are witnesses, screaming and terrified as their vehicle crashes. Scorsese doesn’t provide a cut-and-dry ending, but rather a visceral montage of the film’s Caravaggian figures who go on living in their appropriate environments. Teresa emerges from the crashed vehicle like a zombie leaving a grave: Either she’s dead and doesn’t know it, or she’s perhaps experiencing an epiphany.

The Irishman ends where it begins, with older Frank Sheeran in a hospital, reflecting about the past. There’s no familial (female) salvation for him, but rather an absolving of sins through a male priest. Frank’s moment of illumination occurs when he accepts his life for what it is, rather than what it might have been, or what it should be. In contrasts to Mean Streets’ violent, Caravaggian finale, The Irishman concludes with a quiet moment as Scorsese provides a glimmer of light to contrast the thematic darkness. Before the priest leaves, Frank asks him to leave the door open, just a little bit — the same metaphoric concept that Charley grapples with in Mean Streets. In Caravaggio's and Scorsese’s art, the silent actions of male and female characters speak louder than words. We don’t need to hear Holofernes scream to understand what Judith has taken.