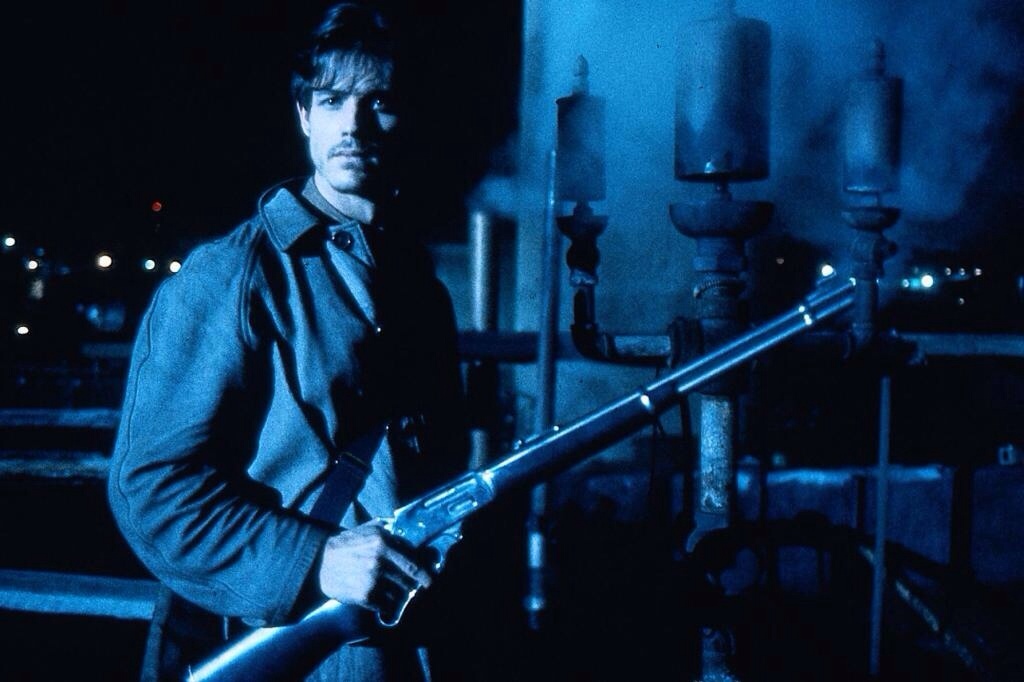 he warring gangs of New York have all converged in one place, leaving the turf they dominate, to come to the Bronx for an all-hands-on-deck meeting. The massive crowd seethes with barely controlled ferocity. The different gangs do not fraternize with one another. The reason this can even be discerned onscreen is because of the costumes. The opening sequence of Walter Hill's The Warriors (1979) is a costume extravaganza, one for the books, really. There are hundreds of people onscreen at the same time in this first scene, each person wearing an outfit like a modern-day "brand." They don't wear their clothes. They brandish them. The clothes say, "This is Who I Am. This is Where I Am From." In his films, Walter Hill often uses costumes in this way: clothes as signifiers, symbols, avatars, warnings, weapons. It's reminiscent of commedia dell'arte, where stock characters were instantly identifiable by the costumes they wore: You would never mistake Pierrot for Scaramouche. The archetypes are recognizable. Walter Hill works in modern-commedia archetypes.

The Warriors was extremely controversial during its initial release, due to violence breaking out at public screenings. Even though that era has passed, the film still has a pulp-y throb, with its breakneck pace and apocalyptic vision of 1970s New York. The Warriors, a gang from Coney Island, fight their way back to their home turf, pursued all the way by other gangs. The costumes give The Warriors a surreal atmosphere, like an MTV video on hallucinogens or a pop concert for teenagers as filtered through a Satanic cult handbook.

Bobbie Mannix designed the costumes for The Warriors (she would work with Hill again on The Long Riders, as well as designing the disco-fantasy costumes for Xanadu.) Compiling all the clothes must have been a daunting task. The Warriors is like one of those old Hollywood Bible epics, where costume departments had to create hundreds of togas and Roman sandals for a swarm of extras. The gangs in The Warriors do not wear cliched "gang" clothes. The idea of "gang" has been pushed to its extreme. The Warriors themselves wear sleeveless leather vests, necklaces, arm bands: Their look is ornate and tribal, almost pre-modern. But other gangs dress like mimes, complete with face paint and suspenders. Or like a baseball team, pinstripe uniforms with white and black face paint. One gang glides around on roller skates. There are gangs in Hawaiian shirts, prison stripes, fedoras, or overalls. One gang appears to have escaped from William Friedkin's Cruising. The Warriors is a hopped-up fantasy, where gangs rampage through the city in gorgeous feral packs, dressed like mimes, or like Hugh Hefner, or extras from Guys and Dolls, clambering through a crumbling deserted infrastructure, and participating in elaborate fight scenes. More than anything else, The Warriors is a macho-glamorous ballet.

Hill's first film, 1975's Hard Times with Charles Bronson starring as a drifter turned bare-knuckle boxer, was a Depression-era period piece that was shot on location in New Orleans. The times may be "hard," but the film has such a gentleness to it: Nothing is pushed, and even the actors giving broad performances do so in a way that draws you in. Bronson is wonderful, as are James Coburn and Jill Ireland. Jack Bear designed the costumes, and he keeps the color palette controlled: faded greens, dark plums and grays. Everything looks soft and well-worn.

When other colors show up, it usually means something specific, a signifier of "this is a bad person" or “this is a bad ‘scene’." Bronson finds himself at a fancy party, where the waiters wear bright red jackets, and the men have red carnations in their tuxedo lapels. The reds are jarring after all those soft purples and grays. These rich people make money off the backs of guys like him. Strother Martin's hophead character wears a head to toe white suit, making him look like Big Daddy from Cat on a Hot Tin Roof, reeking of sweat and hilarity and desperation. Bronson wears the same humble costume throughout, another one of Hill's stylistic tics, present even this early in his career. In Hill's films, people often don’t change their clothes. Sometimes this is because the film takes place in a condensed timeline (see the aptly named 48 Hours), but it seems, too, that Hill likes to let the clothes "announce" a character, to let the audience feel that commedia-style recognition ("Oh. I know that 'type'") and then let the actors and the film do the rest.

In Hill's next film, The Driver, every character is named only by the "role" they play in story. Ryan O'Neal is "The Driver." Bruce Dern is "The Detective." Ronee Blakely is "The Connection." Isabelle Adjani is "The Player." Costumes are identity-signifiers, just like the names. Ryan O'Neal's character is similar to Richard Gere's Julian in American Gigolo: a man very good at one thing that is, unfortunately, illegal, and he begins to suspect he is being framed. Dressed in a white shirt with an open collar and black pants, he is elegant, cool, taciturn, like a drop-in from a cocktail party into this dark sleazy underworld. Isabelle Adjani, playing a bystander who got a look at his face during a heist, wears flowing black pantsuits that are somehow billowing and severe at the same time. Her dark roomy suits not only highlight her extraordinarily beautiful face, but make her seem like a part of the night, able to dissolve back into the shadows at a moment's notice. Similar to Cary Grant wearing the same gray flannel suit all through North by Northwest, clothes here are not just billboards for "character," but underline the race-against-the-clock.

The Long Riders, a beautiful film about the Jesse James gang, has, as its gimmick, a cast full of actors who are brothers: the Carradines (Keith, David, and Robert); the Keaches (Stacy and James, who wrote the script); the Quaids (Dennis and Randy); and the Guests (Christopher and Nicholas). Hill reunited with Bobbie Mannix, who brought singular touches to the style of the film. The whores in the brothel are not in the cliched tight corsets with overflowing cleavage, but instead wear bloomers, shifts, petticoats, making them look soft and available. Pamela Reed, as the “madame” with a complicated yet devoted (in its way) relationship to David Carradine's Cole Younger, is first seen in a loose off-the-shoulder silver dress, her hair piled messily on top of her head. She is a formidable tough woman, but she looks like a blowsy Gibson Girl just rolled out of bed. It's such a wonderful contrast, and the costume helps establish the tensions in her character. The men are often dressed identically, especially on their heists, where their long trench coats billow out behind them like wings. When "outsiders" show up — like the woman on the stage coach in her little orange hat, or the city-slicker reporter, or the Pinkertons —their clothes announce their status as intruders. You take one look at them and want to say, "You ain't from ‘round these here parts, are you?"

Hill likes to let the clothes "announce" a character

Hill has used the hugely talented costume designer Marilyn Vance a couple of times. She designed the costumes for Hill's 48 Hrs., an odd-couple buddy-comedy crime movie (Hill is always fluid with genre) starring Nick Nolte, as a San Francisco detective, and Eddie Murphy, a convict sprung from jail for 48 hours to help Nolte track down the bad guys. Nolte is all rumpled khakis and bulky blazers, whereas Murphy saunters out of prison wearing a grey Armani suit (which gets its own credit line), declaring, "I got a reputation for looking real nice with the ladies." Vance has a lot of fun with clothing the patrons of the two very different nightclubs: one for white people, one for black people. The country-western bar, with cowboy hats bobbing on the dance floor, features a stripper wearing white fluffy assless chaps and silver pasties. On the other hand, the patrons of the other nightclub glitter and sparkle in red and gold dresses, big red hats, and sleek suits. As common with Hill's style: Costumes are not only a shortcut to character. They don't so much represent a world as they evoke it. It's realism on steroids. You understand everything, where you are, who the people are, at a glance.

Johnny Handsome (1989) is ... what exactly is Johnny Handsome? Mickey Rourke plays "Johnny Handsome," whose facial deformity has led him to live a life of crime. That is, until a kindly plastic surgeon (Forrest Whitaker) offers to operate on Johnny's deformed face, thereby giving Johnny a chance at a "normal" life. Dan Moore (another frequent Hill collaborator) designed the costumes, and the clothes are often completely outrageous and for no apparent reason. Mickey Rourke is in a drama about a man with no self-worth who suddenly can walk down the street without people staring, while Ellen Barkin and Lance Henriksen stalk around like they’re in a Billy Squire music video circa 1984.

Barkin and Henriksen play two thieves who do not recognize their old comrade with his brand-new face. Barkin's hair is sculpted into a tower, she wears long pink gloves, latex French maid's uniforms, complicated jewelry that rattles when she walks; Henriksen is all ropy, oiled muscles, dangling earrings and sleeveless leather vests. They sneer and groan and writhe. They might as well wear signs saying, "Hi. We're two scuzbags, and we're here to rob you." Those two are the ‘80s in the decade's most baroque period.

Streets of Fire (1984) is next-level baroque, so baroque it becomes mythic. Mythic trash — with all its pleasures, silliness, and associations — is where Hill really shines. Vance designed the costumes for this "rock and roll fable" which, similar to The Warriors, features hundreds of extras, sometimes all onscreen at the same time. There is a weird and wonderful mix of 1950s sock-hop styles — duck tails, saddle shoes and poodle skirts — with 1980s sheen and gleam, red pumps and Spandex and spritzed bangs. Made at the height of the rockabilly craze, when the Stray Cats were on Top 40 radio, Streets of Fire is the 1950s as filtered through the pop-culture, MTV-driven 80s. It's a drive-in movie for kids with cable TV who don’t want to leave the house. Diane Lane plays "Ellen Aim," a rock star, part Pat Benatar-part Lita Ford, kidnapped from the stage in the middle of a concert by a motorcycle gang straight out of a Roger Corman film. Ellen, wearing black elbow-length gloves, red Spandex pants, and a black choker, is a goddess emerging from the teenage dreams of multiple eras. She's a damsel in distress, but she is also a beloved star. What could be more romantic? Her ex-flame, Tom Cody (Michael Paré), is also a romantic figure who goes on a murderous John-Wick-style quest to rescue her.

It's all so silly, really, but it looks so good, and it feels so good. Hill has a way of creating movies that seem to take themselves very seriously while — simultaneously — don't take themselves seriously at all. Like an ancient myth or heroic ode brought to modernity — which is, of course, what The Warriors is, in a way, having been adapted from a novel that was itself adapted from Xenophon’s Anabasis.

Maybe it's the sense you get of Hill standing back, saying to us, "Isn't it fun to take this so seriously? It would be so boring to be ironic about this!"

Sheila O’Malley is a regular film critic for Rogerebert.com, and has a biweekly column on Film Comment. Her blog is The Sheila Variations. 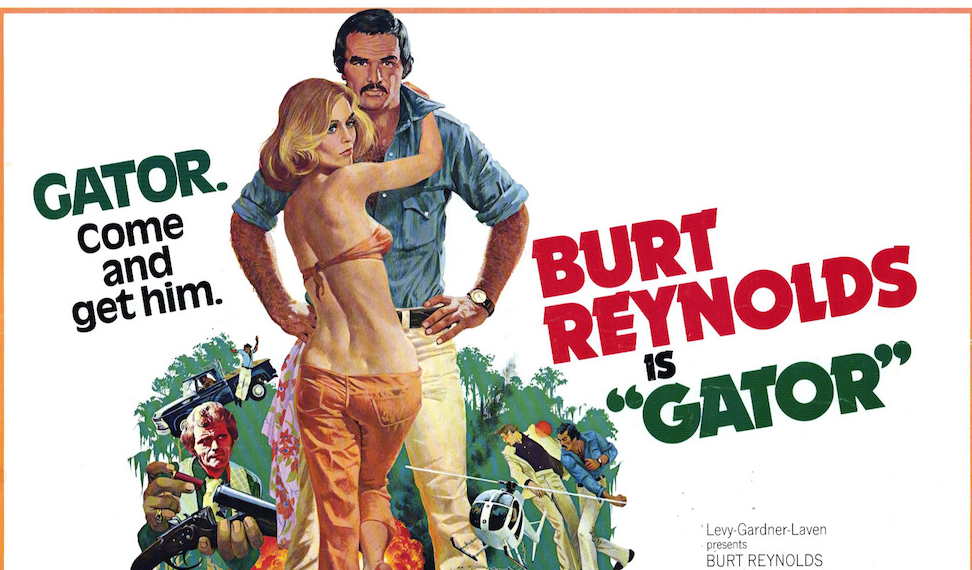 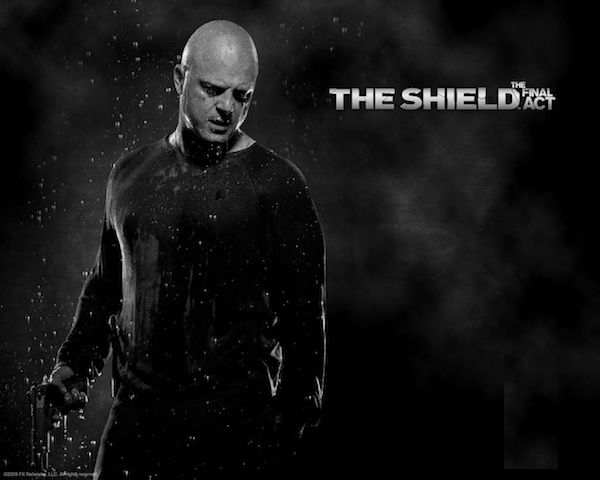