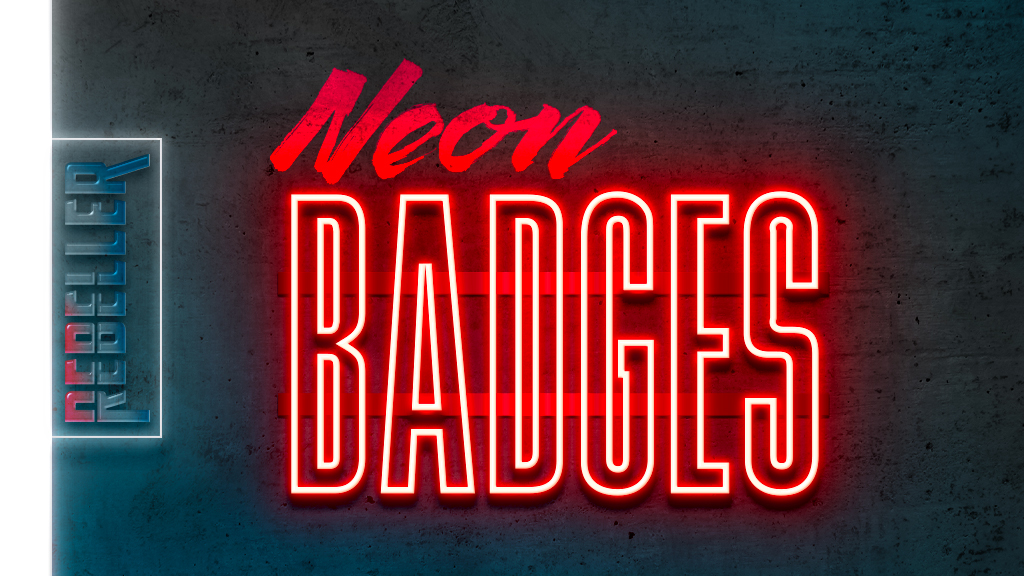 Editor's note: You can subscribe to Neon Badges here. The first full episode, about Robocop, is live today. Enjoy!

'm currently listening to two police officers talk about an arrest last week that involved a supposedly homeless, inebriated, shit-covered, naked gentleman that they had to drag out of a hotel room and send to the drunk tank. Last year, I witnessed one of those same officers clothesline and then suplex a young man who was breaking into cars. I said to him that night, “Hey, Officer Green, is this what it's like every day out there?” He says, “Catching car thieves happens maybe once in a career. Dragging shit-covered bums to the drunk tank happens at least once a day.” Turns out he was right.

In Die Hard, John McClain goes up against a team of highly trained international terrorists. A partially deaf Sly Stallone is the sheriff of a community comprised entirely of corrupt New York City policemen in Cop Land. The stories of cops we watch on screen are more enjoyable by tenfold compared to what the everyday cop goes through in real life. I remember living in an apartment across the street from a bank that had been robbed. Detectives came knocking on my door the next day asking if I'd seen anything. Of course I hadn't. No one had. But these poor saps had to go to every single unit in the building and ask the same exact thing while getting the same exact response.

I don't want to see cops hauling in drunk people covered in their own vomit and feces. I’m uninterested in watching the day-to-day scut work involved in solving a case that probably won’t be solved. I want to see Axel Foley fast-talk his way out of being brutally murdered by Victor Maitland. I want to see Roger Murtaugh complain about being too old for this shit after a feat of derring-do. This is why I love film. This is why I was sucked in to these films as I sat on my grandma's floor at 7 years old. Movies are escapism, and that's why we watch them.

There are three specific incidences in my childhood where these cop movies branded themselves into my brain. The first was seeing Robocop on my neighbor's small kitchen TV while we ate lime popsicles. The second was being glued to my grandma's living room floor as she popped in the VHS of Die Hard. And the third was renting Tango & Cash the following week with my mom and seeing the horror in her eyes as her 7-year-old son gleefully watched Sly strap a grenade to Brion James' mouth. All the while, that 7-year-old boy was wondering, “Are they driving real monster trucks? Did that guy really get shot? Whoever thought of this must be super cool!”

This was the beginning of Neon Badges, I suppose.

While I have very little motivation to actually make a movie, I'm endlessly fascinated by the process. I'm just as interested in the process and story behind Bergman's Persona as I am the process and story behind Money Train — how in the hell did they get permission to film in the New York City subway system? That's what Neon Badges is all about. It's a podcast dedicated to telling the story behind the story. I appreciate analytical thoughts about all types of movies, but I want to know the nuts and bolts process of how they were made — and movies about cops, specifically. I want to know what it was about the material that drew in the actors, directors, cinematographers, composers and editors. I want to know what possessed the authors to write these stories in the first place. This is all done by going back to the very beginning and seeing where these artists and craftsmen came from.

Not all people need or even want to know how the sausage is made. But in my experience, when you watch a movie and then hear about the insane trouble people went through to even start making that movie, not to mention the injuries, hilarity and infighting during the making-of, followed by the tumult of putting it all together, showing it to audiences and receiving praise and/or backlash, it makes that one 90-minute story all the better.

We all know it's a miracle to get a movie made in the first place, and I believe every movie deserves to have its story told. I'm drawn to these specific movies — movies about the good guys chasing the bad guys — because they're what I grew up on. They're simply a part of who I am. And just like anything that is created, whether it be art or furniture or a car, the natural human reaction is to appreciate that thing just a little bit more.

Anthony King is a stay-at-home dad in Omaha, Neb., who spends his time teaching his sons the film theories of John Carpenter and James Glickenhaus.