But Will It Play Today? 'Northwest Passage,' 'Starship Troopers,' and the Seduction of Force 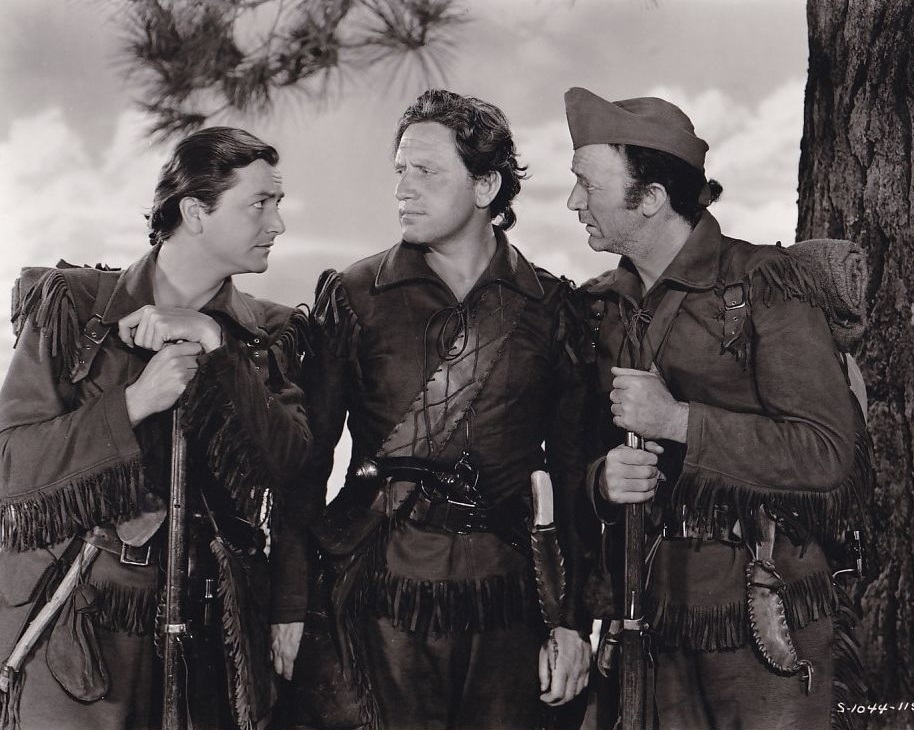 But Will It Play Today? 'Northwest Passage,' 'Starship Troopers,' and the Seduction of Force

few years ago, I mentioned in an article that Northwest Passage was a favorite adventure movie. It prompted a comment from a reader, “Wow, time to adjust your moral compass.”

The movie tells the story of the St. Francis Raid by Rogers’ Rangers, a light infantry group led by Major Robert Rogers, played in the film by Spencer Tracy. The attack on a village of Abenaki Indians took place during the French and Indian War. The village was occupied almost exclusively by women, children, and the elderly. Despite that, Rogers’ Rangers went about slaughtering them like butchers while he and his men suffered only one fatality and a mere seven injuries. And the movie depicts it as just that: a slaughter, albeit, without the women and children part (it's mainly adult male Abenaki in the movie). So, yeah, I totally get the moral compass comment. Especially since history, the book written about it, and the movie based on that book have all portrayed the Rangers as kind of heroic for an event that would have made even Lieutenant Calley think, “Jesus, guys, I don’t know.”

But the commenter went further: "Why would you be encouraging anyone to watch this trash?"

The first thing to note about the plot is that it's the actual story of the Rangers raid. I mean, no, it’s not heroic, in fact, it’s quite horrific, but  that  is  the actual story, and that’s what they filmed. And nowadays, it plays as pretty horribly racist and morally repellent but it’s equally important to note that it was made in 1940, and as such, is a pretty fair representation of how folks in 1940 viewed the history of conflict between Colonial white guys and native inhabitants. The problem, of course, is the heroic portrayal of all of this but, also, that’s what makes it worth preserving. See, by making the slaughter of a village heroic, just because of who the villagers were, the movie was unexpectedly preserving something more than the history of the story, it was preserving the attitudes of the day.

So how, exactly, you may be asking, do you, Greg (that would be me), consider this culturally depraved, anti-woke disaster a favorite? Well, that's a good question and one I'm prepared to answer... OH MY GOD LOOK OUT BEHIND YOU! [runs away]

Okay, I'm back and I'm really going to answer it this time. Part of my answer came from a post on Twitter this week from a fellow REBELLER writer, the one and only ZODIAC MOTHERFUCKER. ZODIAC came upon a gloriously bad take. A "writer" posited that Starship Troopers was a "big-budget B movie" that "sure is a lot of fun." In response to this take on Starship Troopers, a take that surely holds some kind of record for steadfastly refusing to intellectually engage with a movie for even a picosecond, ZODIAC commented:

STARSHIP TROOPERS IS WITHOUT QUESTION A MASTERPIECE. ANY CONTRARY OPINION SHOULD BE A FELONY AND PLACING IT ON *ANY* LIST ALONGSIDE THE LIKES OF BATMAN & ROBIN AND THE SIXTH DAY SHOULD BE PROSECUTED AS A CAPITAL CRIME

That the original "writer" so deeply misunderstood the movie is the point in play here. By not understanding what he was watching (and Holy Jesus, did he not understand what he was watching) the "writer's" listing of it as a favorite would make one wonder what he thought he was enjoying. The answer, I guess, is all that crazy fun stuff, right? But what's really enjoyable about it, which you can only enjoy if you understand the fucking thing, is how tightly director Paul Verhoeven binds the adventure of the story to emergent fascism in the characters and makes it both appealing and repellent, but mainly appealing. Verhoeven, speaking in The Guardian, said:

“I was looking for the prototype of blond, white and arrogant, and Casper Van Dien was so close to the images I remembered from Leni Riefenstahl’s films. I borrowed from Triumph of the Will in the parody propaganda reel that opens the film, too. I was using Riefenstahl to point out, or so I thought, that these heroes and heroines were straight out of Nazi propaganda. No one saw it at the time.”

Then comes the punchline:

“I thought Neil Patrick Harris arriving on the set in an SS uniform might clear it up.”

Ha, ha, nope, it didn't, least of all for Mister Fun B-Movie Guy.

The exploration of evil is toothless if it is explored without a thought to how seductive it is and how forceful that seduction can be. Why does evil so often win? In part, because it's often the most exciting choice available and a lot of that excitement comes from force, which in and of itself carries an intimate appeal forever bound to our earliest instincts for survival. In the movie, Jean Rasczak, history and moral philosophy teacher as well as soldier, states, "Something given has no value. When you vote, you are exercising political authority, you're using force. And force, my friends, is violence. The supreme authority from which all other authorities are derived." That Rasczak is played with intimidating precision by Michael Ironside makes the point even clearer: We will win, and have always won, through force, which brings victory, which gives us freedom. The problem Verhoeven encountered was that to portray it accurately, you must portray it seductively, and in doing that, you are going to unfortunately fly over a lot of people’s heads.

But wait, what does this have to do with Northwest Passage? Starship Troopers is examining force,  Northwest Passage is simply presenting it. Exactly. When people watch a movie like Northwest Passage now, removed from the realities of the time, the racist attitudes stand out but only as a part of a general broad understanding we all have that "everybody was racist back then." But being produced on the doorstep of the world's most destructive war, Northwest Passage is far more frightening for what its premise implicitly condones. It is an unironic look at defeating enemies through brute, soulless force. It is precisely the kind of movie that Rasczak would have shown to his students, unironically, as way of hammering the point home. And its intent to seduce has been noted before. Historian J. Dennis Robertson, wrote of it: “Filmed just before America entered World War II,  Northwest Passage  is a thinly disguised recruitment poster.”

When I watch Northwest Passage now, I enjoy the scenes of rugged self-reliance as the Rangers make their way stealthily through enemy territory, cross rapids by forming a human chain and slog through mosquito-infested swamps. But I marvel at the jaw-dropping brutality on display, at how easily it played out before the camera, how softly it landed to a public willing to embrace its message, how completely any Native American dissent was ignored (trade papers of the time don’t mention it, reviews skip over it). There is no time in the movie for humanizing the Indians because humanizing them works against its message: The Rasczak Doctrine of Force.

There is no question that Northwest Passage would most decidedly not play today. And if you hear of it at all, it will either be a discussion of how it gets its history wrong or how dehumanizing it is to the Abenaki tribes, both of which are unquestionably true. But while it whitewashes its hero by removing the slaughter of women and children, it still stays closer to history than it thinks by preserving forever on film the attitudes of force as a pathway to freedom. The problem with Northwest Passage isn't that it did all this so unmercifully, but that it did so with an eye towards seduction. Made now, Robert Rogers would most assuredly be portrayed as the villain and rightfully so given that he switched sides in the Revolutionary War, was arrested by George Washington and helped catch Nathan Hale for the British. But in 1940, he was still a hero and Northwest Passage stands as a testament to how portraying force as virtue is the ultimate propaganda tool. And as such, it should be studied for years to come — not consigned to the dustbin of history.

Greg Ferrara has been writing for  TCM  for more than 10 years. Before that, he wrote for  Movies Unlimited,  Cinema Retro,  Cinema Fusion, and had a brief stint as a music critic for  Mondo Cult Magazine.