Out-of-Region Rays: February Import Discs You Must Own 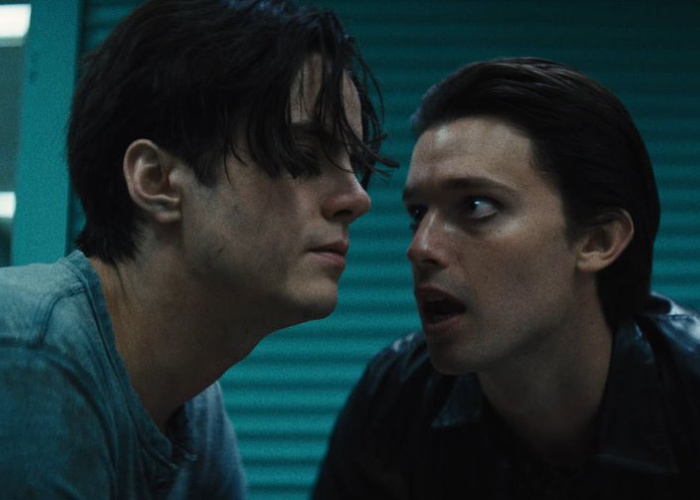 Out-of-Region Rays: February Import Discs You Must Own

Editor’s Note: As champions of physical media, I thought it was important to highlight some Blu-rays outside of North America that you can purchase. Please keep in mind that many of these discs WILL NOT PLAY in a standard Blu-ray player if you live in America. If you need any advice on acquiring a region-free Blu-ray player, please tweet questions to @SonnyBunch. I love helping people navigate this thicket.

Welcome to REBELLER’s Out-of-Region Rays, your guide to the best of import Blu-ray with an outlaw edge. From Arrow Video to Indicator, Eureka to 88 Films, the United Kingdom has some of the best discs, and it’s our job to sift through them. From new releases to the obscure cuts you need in your collection, we’ve got your back.

While it won’t have the same cultural impact as Fight Club, Daniel Isn’t Real is basically the Muppet Babies version of Fincher’s masterpiece, and it’s a fun ride if you view it in those terms.

There’s a sprinkling of Drop Dead Fred in there, too, only with added demonic imagery and gore, which is obviously always preferable. Note to filmmakers, if you can add intense violence to a movie, please do.

The plot sees college kid Luke Nightingale experiencing a trauma so extreme he resurrects his imaginary friend, the titular Daniel, to help him get through it — which might be fine, if it wasn’t for the fact Daniel makes Tyler Durden look like Harvey the rabbit.

Patrick Schwarzenegger — Arnie’s kid — heists every scene he’s in as Daniel, searing the screen with pure charisma. Sharp suits, sharp insults, and bladed weapons combine to create a villain for the ages. When this film inevitably gets the cult following it deserves, it will be Daniel dominating the cooler Halloween costume parties.

Extras include a smart audio commentary from director Adam Egypt Mortimer, a video essay, six minutes of deleted scenes, a powerful alternate ending that arguably sets up a sequel, an Arrow interview with the director, image gallery, FrightFest intro, Q&A, and another video interview with Mortimer.

It’s a comprehensive package, currently only available in the United Kingdom via Arrow Video. We expect someone to pick it up in the States for Blu eventually, but you might have a while to wait: It’s currently a Shudder streaming exclusive. (A bare-bones DVD is available in the States.) But if you dig Panos Cosmatos’ Mandy or the Richard Stanley Lovecraft movie Color Out of Space, don’t wait for an imaginary U.S. release, make Daniel your best friend today.

The other “Fight Club of this generation” is also out this month, meaning you can have a Blu-ray double of sharp-suited maniacs who may or may not be completely imaginary. No commentary, only a handful of press-kit style extras, and the release will be the same in the United States as it is in the United Kingdom, but these double-bill recommendations aren’t always about the best release, but the best fit, and there aren’t many pairings better (assuming you already own the stunning Blu-ray release of Fight Club, the most important film of the past 21 years).

Both Daniel and Joker are dominated by mesmerizing performances, and both have a hypnotizing ethos of evil that will make you want to sharpen up both sartorially and intellectually.

And, most importantly, both are really fun. Forget the frowny think pieces and po-faced award speeches about Veganism, Joker is still a comic-book movie, albeit one from Warner Brothers’ DC division, which does mean it’s more thoughtful than the MCU’s flushable plots (yes, we include Dawn of Justice and Suicide Squad in the “thoughtful” category - why do I get the feeling I’ve just accidentally started my own Fight Club with this statement?)

Either way, Todd Philips’ Choose Your Own Scorsese was both one of the biggest talking points of the year and an entertaining movie. It’s yours to own on Blu-ray now, and if you can pair it with Daniel, you should. Remember, if you pick up two indie movies for every one studio effort, the world will be a better place.

Available in the United States via Dark Sky, the U.K. release by Eureka edges it for collectors by including all of the original extras with additional commentary (by critics Kat Ellinger and Samm Deighan), and, with a beautiful limited edition, a fancy slipcase, and a comprehensive booklet (including essays on the film and an interview with director Joe Begos).

But whether you import it or pick it up from your local Walmart, Joe Begos is the kind of outlaw filmmaker you should be supporting.

With frequently shouted dialogue, gig lighting, and editing that feels like it was cut with the string of a bass guitar, this is a film that’s more metal than the music that appears on the soundtrack. As such, your enjoyment of it may vary, but if you’re in the mood to be thrown face-first into filth and you’re tough enough to take it, Bliss is the outsider art for you.

Director Joe Begos has already followed Bliss with another grime-smeared masterpiece, VFW, (on VOD in the States now!). It features REBELLER heroes Stephen Lang, William Sadler, Fred Williamson, Martin Kove, and David Patrick Kelly as a bunch of veterans forced to protect their local bar from an army of invading addicts. I’ve seen that one, too, but as I’m under embargo, I can’t go into detail, but let’s just say that the future of sleaze cinema is safe.

With Bliss and VFW, a one-two punch of cultural confrontation, we can’t wait to see what comes next from Begos and his producing partner, Josh Ethier. Begos once told me his hero was James Cameron, so let’s hope he stays in his Terminator period forever.

Indicator’s release of John Carpenter’s James Woods-starring Sam Peckinpah homage Vampires gives the film such loving treatment that you would think it was a Fellini being released by Criterion. And why not? The film’s as entertaining and ridiculous as 8 ½, and because it’s John Carpenter, it has a better score.

Sourced from the same master as the Region 1 disc released by Scream Factory, Indicator has included new extras to make it worth the import and you don’t even need a multi-region player for this one. As with all of Indicator’s releases, the disc is region-free so it will play on your PS4.

The story sees vampire hunter Jack Crow (Woods) facing off against a merciless bloodsucker, who the Vatican says is searching for a mystical McGuffin that will allow him to live forever (surely, you know, being a vampire should cover that? But I digress…). I don’t recommend Vampires because of the plot, as that’s a bit beside the point. This is an exercise in style, not substance, and when you combine Woods’ charisma with cinematographer Gary Kibbe’s magic-hour shots (New Mexico has rarely looked better), the result is easy-on-the-eye entertainment.

If you’re a Carpenter geek, you’re rewarded with a disc that contains a lengthy archive interview with the master about his career, new to this disc (part one is here; part two is on Indicator’s Ghosts of Mars). You also get archival film-specific interviews with shooting footage, an isolated score, and a commentary from Carpenter.

Sure, it’s silly, sentimental, contains stupid slow-motion, and occasionally feels like a more-serious From Dusk Till Dawn remake, but it also rocks in the way only Carpenter movies can, and feels ready for rediscovery/resurrection as a lost gem in his canon.