Out-of-Region Rays: January’s Import Discs You Must Own 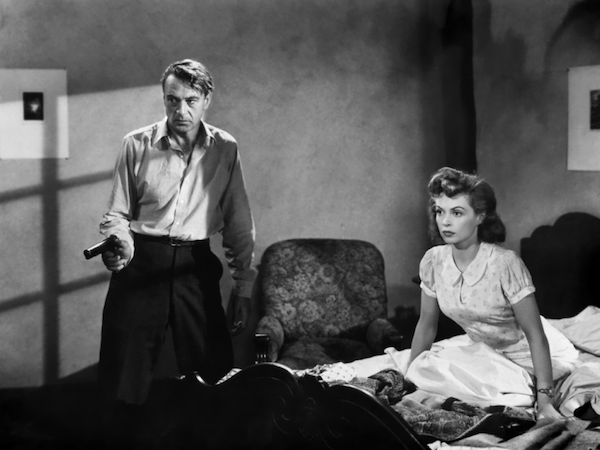 Gary Cooper in 'Cloak and Dagger'

Out-of-Region Rays: January’s Import Discs You Must Own

Editor’s Note: As champions of physical media, I thought it was important to highlight some Blu-rays outside of North America that you can purchase. Please keep in mind that many of these discs WILL NOT PLAY in a standard Blu-ray player. If you need any advice on acquiring a region-free Blu-ray player, please tweet questions to @SonnyBunch. I love helping people navigate this thicket.

elcome to REBELLER Recommends, your guide to the best of import Blu-ray with an outlaw edge. From Arrow Video to Indicator, Eureka to 88 Films, the UK has some of the best discs, and it’s our job to sift through them. From new releases to the obscure cuts you need in your collection, we’ve got your back.

Cloak and Dagger (Masters of Cinema) - out Jan. 27

Coin-flipping Gary Cooper is cool as fuck as sharp-suited super-spy "Andy" (it’s not quite "Bond, James Bond," but it’ll do). Andy’s mission is to save an aging nuclear scientist from the clutches of Hitler’s goons, and to dress as stylishly as possible while doing it.

Featuring fistfights on staircases, revolver-wielding Nazi nurses, a suave seduction that turns into a conversation about eating cats, a love-sick spy in a flowery dress singing cowboy songs beneath a swastika, and fiery speeches about the nuclear capabilities of American apples, Cloak and Dagger had 007 vibes seven years before Casino Royale was a bubble in Ian Fleming’s martini.

Fritz Lang famously left Germany moments after Joseph Goebbels asked him to shoot propaganda movies, and on this evidence, he decided to do the same job in the States instead. More patriotic than James Cagney tap-dancing his way through Yankee Doodle Dandy, Cloak and Dagger is so passionately American that it’s probably best seen projected onto a U.S. flag.

It also deftly combines humor, action, and tension. One scene features a spot-check by the Italian military searching a truck full of hidden spies — including an underwear-clad female machine-gunner — that’s so intense it’ll have you perched on the ridge of your bullet box.

Lang basically invented the spy flick, and this clenched-fist film is his most controversial example. The film faced severe political blow-back against its anti-nuke stance on release. Eureka brings it to Blu-ray in the UK for the first time, and it’s worth the import even for U.S. fans who already own it: This is easily the best version of Fritz’s fine film.

You get an excellent commentary from Alexandra Heller-Nicholas, a video essay on spycraft, 22 gripping episodes of the Cloak and Dagger radio series, and an audio adaptation of the film featuring Ronald Reagan in the Cooper role.

Cloaked in darkness, Dagger’s sly slices at authoritarianism are ready to be appreciated by a new generation of subversives.

The Big Heat (Indicator) - OUT NOW

A loud suicide, a former cop’s fingers loosening and going limp on a loaded revolver. Later, a woman murdered, covered in flesh-singed cigarette burns. A tough-talking detective, determined to get to the bottom of both crimes. So begins a story as dark, violent, and explosive as any modern noir.

From these simple puzzle pieces, a compelling crime caper is constructed, underscored with the menace and tension of a whispered phone threat. Glenn Ford’s macho lead investigator, Dave Bannion, is driven by rage-fueled revenge as much as he is the law, talking like he’s been written by Chandler, spitting insults and throwing punches in the pursuit of the truth.

REBELLER hero Lee Marvin lurks in the background, coffee pot at the ready, geared to fling it into the face of any dame that dares cross him. He’s as savage as the film he’s in. Gloria Grahame is a memorable femme fatale, light as a star, but with the depth and darkness of a midnight sky. She’s as mesmerizing as the film she’s in.

There are seeds of every cop drama you’ve ever loved — including S. Craig Zahler’s Dragged Across Concrete — here, but to say any more would be to ruin the reveals of a film that constantly surprises.

One of Dave’s former friends describes his actions as a “hate-binge;” that’s as apt a description of this movie as any. But for a film so full of righteous hatred, Indicator’s release is pure love.

But even if this release was just the film, this crisp print of Fritz Lang’s brutal rampage would be worth handing in your gun and badge to own.

This Spanish slasher starts with a shot of a red, white, and blue car wash, soundtracked by radio chatter about Tom Watson playing golf in Texas. A Walkman-wearing kid signals a bright-eyed nurse to accelerate through the brushes, shortly before blood gets mixed with suds as an axe-wielding maniac swings her to an early demise.

All this before Atari-fonted opening credits get swiftly typed out over a maudlin country-western song. Jose Ramon Lopez (credited as Joseph Braunstein in the English-language version) might not be American-born, but he sure knows how to serve a slice of cheese on a bloody burger (washed down with gallons and gallons of Coca-Cola product placement).

To reveal details would run the risk of spoiling the surreal swerves of this synth-soaked Eurotrashterpiece. However, if you’ve ever wondered what the United States looks like through the eyes of an eccentric outsider (it’s full of macho camp, there are lots of pick-up trucks, approximately zero bras, and romance is conducted via computers), this is your next Blu-ray import.

There are two commentaries, one from Barton Faulks (who also turns up in a video interview), one from podcast comedians The Hysteria Continues (which is as fact-filled as it is funny), and a fun interview with special effects and make-up artist Colin Arthur. The extras combine to continue Arrow’s rep for being the Criterion of trash.

Violent, bizarre, and endlessly accidentally amusing, Edge of the Axe is the sort-of perfect booze-fueled blood-fest that’s sure to show up on Red Letter Media’s Best Of The Worst at some point. But you can make fun of it with your own friends first.

Of all the releases on 88 Films’ Slasher Classics imprint, Just Before Dawn is the rare gem you need to grab first, and that’s even if you already own the Code Red release.

The film is hugely underrated and truly unique, as you would expect from a slasher flick directed by Jeff Lieberman, the genius behind Blue Sunshine.

It’s a backwoods machete murder-fest with a giggling twist. While it doesn’t have the fast-paced thrills of movies like The Burning or Friday the 13th, it has enough subversive weirdness to compensate, book-ended by brutal killings with not-so-subtle subtext.

But any hardcore L.A. liberals should probably look away. Lieberman sets his Deep South movie on the West Coast, satirizing redneck clichés as only a true contrarian can.

As with the U.S. version, you get two versions of the film: a pristine theatrical and an extended cut that looks as if it’s being projected direct from New York’s 42nd Street in 1981. It’s a rare example of a Blu-ray print that hasn’t gone through a QC process, and it’s all the better for it. The screen crackles with scratches and dust, creating a soundtrack that pops like it was recorded on vinyl. For pure cinema geeks, this hell is heaven.

The UK disc also has some grime-smeared exclusives. They include the documentary “Grindhouse All-Stars: Notes From The Sleaze Cinema Underground,” which sees Lieberman (Squirm, Blue Sunshine), joined by his psychotronic colleagues Joseph Ellison (Don’t Go In The House), Matt Cimber (The Black Six), and Roy Frumkes (Street Trash) talking about the origins and influence of the grindhouse movement.

“I understand cult,” Cimber says at one point. “All of it was synonymous with low-budget. The one thing you did with a grindhouse film, or a low-budget film, or an exploitation film, is you tried to make a film that a studio would never make. You always tried hard to pick a subject that fit your budget and fit your creative intent. The lower the budget, the more creative you have to be.”

“If you can’t do something that leaves people in awe, don’t do it. I think testing your creativity is a wonderful way of going at it. I really dislike filmmakers who ask me to watch one of their films, saying, ‘Just think of what I could do with more money’ — that’s the favored line. ‘Well, no, I want to see what you do with this money, that captures me,’” Climber says. Amen.

If the film’s your main focus, there’s also a superb UK exclusive commentary, with author/podcast god Justin Kerswell (The Hysteria Continues) and slasher expert Calum Waddell, who reveals Lieberman’s respect for hard work and his disdain for privilege.

More influenced by Deliverance than The Texas Chain Saw Massacre (which it’s often compared to), Just Before Dawn is a true slasher classic, deserving of multiple slices in your collection.