Out-of-Region Rays: More March Import Discs You Must Own 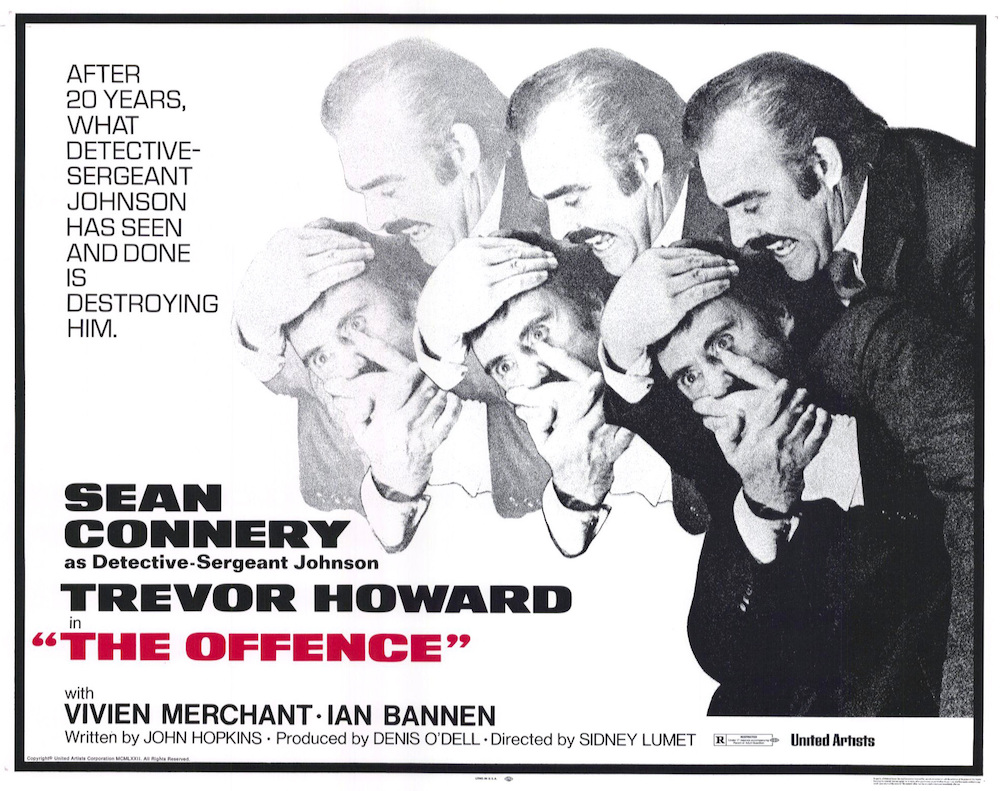 Out-of-Region Rays: More March Import Discs You Must Own

Editor’s Note: As champions of physical media at REBELLER, I thought it was important to highlight some Blu-rays outside of North America that you can purchase. Please keep in mind that many of these discs WILL NOT PLAY in a standard Blu-ray player if you live in America. If you need any advice on acquiring a region-free Blu-ray player, please tweet questions to @SonnyBunch. I love helping people navigate this thicket.

elcome back to REBELLER’s Out-of-Region Rays, your guide to the best of import Blu-rays with an outlaw edge. From Arrow Video to Indicator, Eureka to 88 Films, the United Kingdom has some of the best discs, and it’s our job to sift through them. From new releases to the obscure cuts you need in your collection, we’ve got your back. And with more time than ever at home while you social-distance and self-quarantine, you'll appreciate the extras these bring to the table.

That’s partly because one of them has a cough, but mainly because the Tyrone family (Katharine Hepburn, Ralph Richardson, Jason Robards, Dean Stockwell) features four of the most messed-up Irish Americans you’ll ever meet.

The mother is addicted to morphine, the father is mean with money, the older brother is addicted to booze and whores, and the nervous younger brother’s cough could be a sign of a fatal illness. Their weaknesses combine in unexpected ways, carefully revealed over the course of the narrative.

Every performance is great (Stockwell is basically a mini-me Montgomery Clift), but Hepburn is the real MVP, with a constant manic energy that fails to cover the addict’s madness behind her eyes. “Sometimes, I feel so lonely,” she mutters early on. After watching this one, (it’s essentially "Passive Aggression: The Movie") you won’t feel so bad about your own solitude.

Eureka’s release features a new (and comprehensive) feature-length commentary by author Scott Harrison, a new video essay by Lee Gambin, as well as a collector’s booklet featuring new writing about a film so intense that it will probably vibrate on your shelf.

Another of Lumet’s lesser-seen movies given the deluxe treatment by Eureka, The Offence probably wouldn’t exist if it wasn’t for Sean Connery’s star power. Connery used his Bond cachet to get a bunch of difficult movies made, and The Offence is possibly the most disturbing of all of them. It’s also Connery’s favorite of his own performances, which speaks to the quality of Lumet’s movie.

Connery’s Sergeant Johnson is the focus of this complex character study about a policeman whose search for a child abductor has caused him to connect with his own inner darkness — a darkness that spills out when he’s alone in a room with a suspect.

Lumet uses unique shooting techniques and unusual edits to give glimpses behind Johnson’s tough facade, hinting at an inner world warped by the cop’s encounters with true evil.

It’s tonally bleak, with one of the most harrowing monologues in cinema, so maybe don’t stick it on if you need cheering up. But if you’re fascinated by the deep darkness all men carry within, The Offence gives you an unblinking gaze into the abyss.

Available in the States on Kino Lorber, the Eureka edition has better extras, with excellent interviews with stage director Christopher Morahan, art director Chris Burke, costume designer Evangeline Harrison and composer Sir Harrison Birtwistle. Respect to Kino for picking this one up, but all they have to offer is a trailer. And once you’ve caught Lumet’s Offence, you’ll be eager for all the background detail you can get.

One of the coolest American filmmakers of all time, Buster Keaton was a writer, a director, a performer and — most importantly for our purposes — a clown. Because we could sure all use a laugh right now, couldn’t we?

This month’s new Keaton collection (the second in a series from Eureka) delivers chuckles by the dozen, with three restored classics jostling to be picked first.

Seven Chances (1925) is a beautifully composed/poetic love story (with narrative cards saying stuff like “When autumn had cast its golden glow and the flowers had faded and died, he still wanted to tell her he loved her”). But the movie never forgets that Keaton is a complete bad-ass, and includes one of cinema’s maddest chase sequences (in which a character is pursued by a street-load of jilted women).

Featuring a premise that’s formed the inspiration for a billion lesser rom-coms since — Keaton’s character receives an inheritance with a baffling clause: He’s got to be married by the evening of his 27th birthday — the hour-long film swiftly launches its preposterously entertaining race against time.

The disc includes a loving commentary by U.S. Keaton experts Joel Goss and Bruce Lawton and a two-reeler by Harry Sweet “What No Spinach?” that was clearly, uh, “inspired” by Seven Chances.

Eureka’s collection includes two more fun films: The Navigator (1924), in which a wealthy man randomly decides to propose to his neighbor across the street (which was the biggest hit of Keaton's career), and Battling Butler (1926), in which Keaton stars as another rich man, this time a dandy pretending to be a boxer to impress a girl, who has to continue the charade after a real pugilist shows up. All three films are packed with genius sight gags and astonishing physical comedy.

Add in hours of audio interviews with the man himself (alongside Irwin Allen, Arthur Friedman, Robert Franklin, Herbert Feinstein and Studs Terkel) and this is a rich tribute to one of cinema’s true masters.

Eureka’s Blu-ray upgrade of Keaton’s short films is another essential add to your collection. Some of the finest silent-era films ever made (many of them shot during the Spanish flu pandemic), several are directed by (and star) controversial genius Roscoe ‘Fatty’ Arbuckle.

Arbuckle deserved to be as iconic as Keaton, such is the talent on display here, but accusations of rape and manslaughter (he was acquitted on both counts) ruined his career. Keaton continued to support him throughout, offering him a profit-share in his company when he struggled to find work.

These are shorts that will make long days fly by, packed full of humor and spectacle. Highlights include One Week, The Haunted House, Cops, and The Scarecrow, but honestly, you’re safe with pretty much everything here. It’s every single surviving Keaton short (over 10 hours of material) in one place.

Extras include a Coney Island alternate ending (cut for being “racially offensive”), commentaries, video essays, TV footage and more. It's a truly stunning set that’ll see you through the next few house-bound weeks.