Preemptive Self Defense and ‘The Invisible Man’ 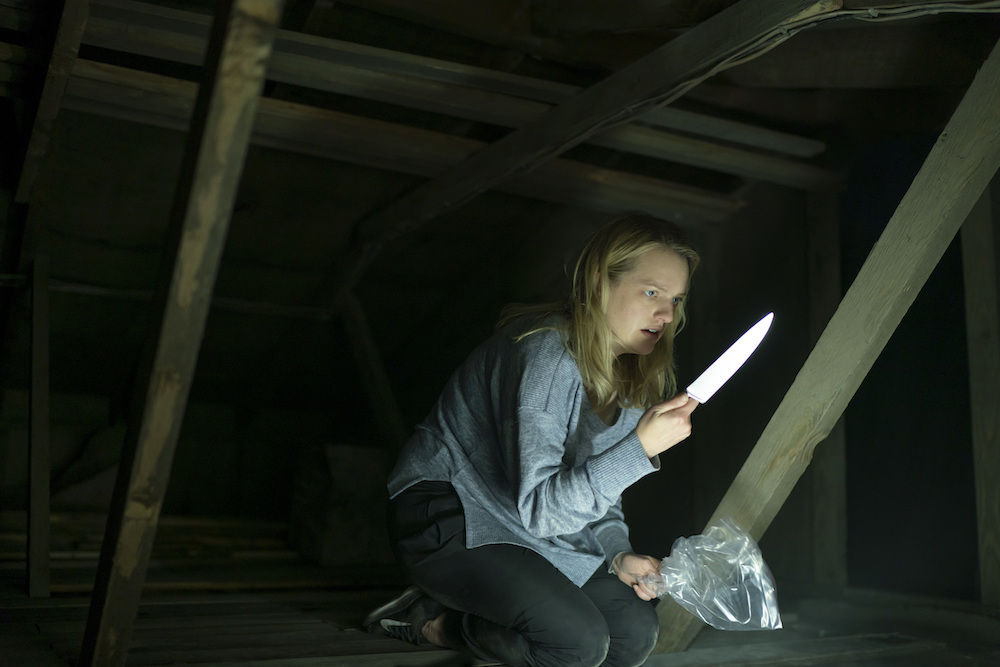 Preemptive Self Defense and ‘The Invisible Man’

Many spoilers for The Invisible Man, out this week, will be discussed in this piece; please come back to it later if you’re still planning on seeing it.

have to say: For a movie that’s really leaning into the whole #MeToo-horror-movie thing, I was pretty shocked that The Invisible Man ended with its protagonist murdering in cold blood a man who could very well have been innocent of the crimes we see on the screen.

Let’s back up a bit to emphasize that “we see on the screen.” One of the reasons The Invisible Man is so good — and it really is quite good, deserving of every penny of its weekend-best $29 million at the box office, 90 percent fresh on Rotten Tomatoes, and B+ from CinemaScore audiences — is because director Leigh Whannell lets your imagination have some space to roam. The movie begins with Cecilia (Elisabeth Moss) fleeing for her life: She has drugged the man with whom she is sleeping so he won’t hear her exit, having packed a go bag ahead of time and called for pickup on the tree-lined highway astride the beach-side house. Indeed, she’s so worried about any living thing being with this monster that she literally stops to take a shock collar off of their dog, a momentary lapse in reason that ends up awaking the monster.

What follows is the only bit of violence we really see from Adrian Griffin (Oliver Jackson-Cohen): He chases her down, smashes out the window of her getaway car, and tries to drag her through the window back to the house. Whannell, rightly, rejected audience notes suggesting we be shown more of their life before her flight. “I’m never going to be able to write a scene that will make Adrian as scary as the audience can make him,” the director told The Hollywood Reporter. “In my mind, I hoped that Cecilia’s reactions and the way she was acting told you everything you need to know.”

Whannell is, I think, exactly right: It’s a fantastic example of showing, not telling, and Adrian’s terroristic hold on Cecilia is all the more dramatic because of it. However, this (important, artistically successful) omission, when combined with the film’s obfuscation in its last act, has the added benefit of complicating the closing catharsis of the movie.

With 20 minutes or so to go, Cecilia kills her tormentor, shooting dead a man in a suit that renders him invisible — a man who has, in escalating order of viciousness, snuck into Cecilia’s hideaway to take creepshots of her while she sleeps, sent nasty emails to her sister from her email account, struck the daughter of the man hiding her in a way that makes the daughter think Cecilia was the assailant, viciously beaten Cecilia, and, worst of all, murdered her sister and framed her for it. However, when she pulls off the mask after putting four rounds into the invisible assailant’s chest, it’s not Adrian but Adrian’s brother Tom (Michael Dorman).

What a twist! Adrian is found by cops locked away in a basement of his beach-side house, chained to some pipes, beaten and bloody. He claims that Tom — who earlier in the film admitted to hating his brother — is the one who did this. He’s been bound and gagged for weeks. The suicide we saw reported on earlier in the movie had been faked.

Cecilia musters up some courage, goes to his house, tries to get him to confess to the crimes we’ve seen play out onscreen, and, when he refuses, she cuts his throat in cold blood.

Now! As I said up top, there’s something pretty interesting here about a #MeToo-inflected movie executing for our pleasure and for our cheers someone who may very well have been entirely innocent of what we see onscreen. We can debate all day about whether or not the movie offers enough context to say for sure that Adrian was or wasn’t the man in the invisible mask. But what about the events that take place offscreen — the events that Whannell lets us fill in on our own? Because, after all, we DO know for sure that Adrian viciously tried to drag Cecilia back to the house. It’s obvious she lived in terror. It’s obvious he has a history of violence. And equally obvious that there was no way for her to prove that he was the monster she made him out to be.

Given his aggressive behavior and given his technological skills, Cecilia had every right to fear for her life, did she not? And if that’s the case, what level of preemptive self defense is she morally, if not quite legally, justified in taking to ensure her safety? How far can she go to protect herself and her loved ones from harm from terrorists like Adrian? How far does the doctrine of preemption extend? Now, to be clear: I’m not saying that Adrian is exactly like, say, Saddam Hussein, another "victim" of preemptive self defense. But, just like the genocidal dictator before him, I have a hard time shedding a tear for Adrian even if he was completely innocent of the crimes we see someone commit in The Invisible Man.