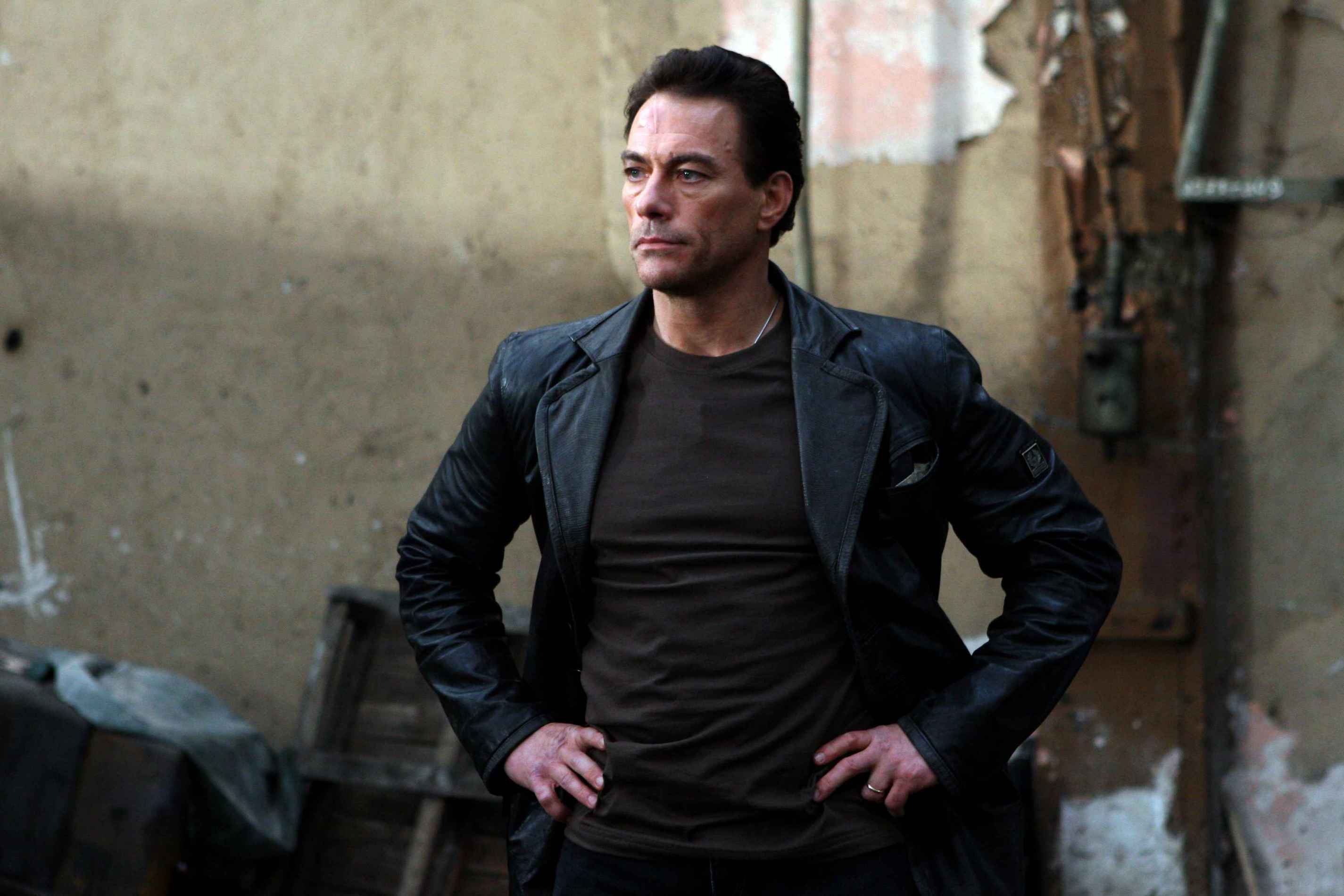 s the ’90s came to an end, so did Jean-Claude Van Damme’s original run as a big-screen action star. Inferno, aka Desert Heat, is a quirky Yojimbo riff about trying to reclaim his stolen Indian motorcycle in a desert town. But Oscar-winning Rocky director John G. Avildsen chose to be credited as “Danny Muldoon” after Van Damme recut the movie, and it was not given a wide release. So, like his sometime-rival Steven Seagal, whose 1998 film The Patriot had skipped theaters, Van Damme switched almost entirely to the home video market for films such as Replicant (2001), The Order (2001), Derailed (2002), Wake of Death (2004), Second in Command (2005) … the list keeps going. Though some (like Ringo Lam’s 2003 movie In Hell ) have flashes of personality, most are fairly dour and lack the energy and craftsmanship of the earlier JCVD classics discussed in Part One.

Then, out of the blue, Van Damme seemed to dedicate himself to something no one would have predicted: acting. His roles got more challenging and his performances more authentic. Until Death (2008) is a gritty drama where he plays a disgraced, womanizing cop who is hated by his peers and addicted to heroin. When he wakes up from a coma after being shot in the head, rather than focusing on revenge — like Seagal did in Hard to Kill — he tries to kick drugs, repair his marriage, and make amends to the people he’s wronged. After years of showcasing his oiled muscles and finding excuses to show off his ass, here’s Van Damme choosing to play a character who looks sickly and slurs his words because of a brain injury. It was a risky choice, and he delivered admirably.

Don’t get me wrong: He stayed in shape and maintained his ability to kick, as evidenced by 2008’s The Shepherd: Border Patrol. Much like Avildsen, director Isaac Florentine, who had just conquered the direct-to-video world with the classic Undisputed II: Last Man Standing (see Profiles in Bad-Ass #2: Michael Jai White), was reportedly unhappy with the way it was edited. But he managed to get some quality fights out of Van Damme, including a first ever face-off with then-upcoming Scott Adkins. Equally important, Van Damme allows his character to be odd. For most of the movie, he’s carrying around a caged rabbit with which he shares carrots and who has the same name as him. Also, he shaves while driving.

A few months later, the Serious Actor seeds planted by Until Death were in full bloom. In an unprecedented move for a supposedly washed-up action star, Van Damme played himself in the stylish Belgian meta-movie JCVD. Though it depicts him struggling with his advancing age and moviegoers’ fading interest in him, it doesn’t go for any of the obvious jokes. It’s actually a pretty sad movie! As alluded to in the last column, Oscar winner Nicolas Cage professed his respect for JCVD in an interview with Rotten Tomatoes. “I really saw his dramatic abilities, his potential. I see a lot of pain in his eyes, and he has a lot of gravitas in that movie.”

Van Damme as Van Damme happens to be in a bank during a robbery but knows he’s not Chance Boudreaux in real life, so he’s stuck in the surreal situation of being a celebrity hostage that people expect too much of. Though I would certainly be down for the hackier version where it turns into a real action movie, this is a surprising and impressive piece of raw self-expression. The opening is a long-take action scene (the filming of a non-existent movie), but the part everyone talks about is the tearful monologue where Van Damme looks into the camera and bares his soul about mistakes he’s made, embarrassments he’s caused his family, and why he thinks he doesn’t deserve his success … proving, in some sense, that he actually does.

More proof: his searing performance in John Hyams’ Universal Soldier: Regeneration (2009), which I consider the best DTV sequel ever made. Ignoring the theatrically released Universal Soldier: The Return, where his zombie super soldier was suddenly a regular guy and single dad, Van Damme now plays Luc Deveraux as a tiny fragment of soul rattling around inside an otherwise empty shell. Supposedly rehabilitated by a well-meaning therapist, he’s really a human pit bull who could be set off at any time, for any reason — like when an old man makes eye contact with him in a diner. Fortunately, there’s an outlet for his aggression when some hostages need rescuing. Hyams, who was hired partly on the strength of his great 2002 MMA documentary, The Smashing Machine, used former UFC Heavyweight Champion Andrei Arlovski as a Terminator-like opponent in superb fight and chase sequences that put you in the middle of the action without being disorienting.

Around that time, fellow ’80s and ’90s action icons Sylvester Stallone, Dolph Lundgren, Jet Li, Gary Daniels, Bruce Willis, and Arnold Schwarzenegger tried to revive big-screen action in the nostalgic team-up, The Expendables. Van Damme had actually turned down a part to stick with Regeneration: Lundgren took the role instead, and his schedule on Regeneration was reduced, resulting in an economical but haunting guest appearance.

Smart move by Van Damme. He wound up in the superior movie and got a more playful role when The Expendables 2 came around in 2012. Instead of another banterer on the team of heroic mercenaries, he got to be hammy lead villain, Jean Vilain, with Adkins as his knife-expert henchman. And he still had time for new acting challenges in two more Hyams-directed films released that year. In Dragon Eyes (2012), he has a supporting role as mentor to Cung Le. In Universal Soldier: Day of Reckoning (2012), a Lynchian mindfuck sequel with Adkins as the lead, Van Damme’s Deveraux is now a dangerous militant rebelling against the living and stares down the audience like a hungry wolf.

There was a Wall Street Journal article last summer about the negotiations Jason Statham, Vin Diesel, and Dwayne Johnson go through to make sure their Fast & Furious characters are always equal in their fights: “In Hollywood, where sheltering the tender egos of action stars is increasingly a cost of doing business, no leading man is willing to look less macho than any other.”

Keep that in mind when you consider that Van Damme was willing to play the villain in Day of Reckoning, ultimately lose to Adkins, and only strengthen his status as a genre legend.

After that sacrifice, Van Damme was reborn as a true character actor, taking on colorful supporting roles in the sci-fi movie UFO (2012), the comedy Welcome to the Jungle (2013), and the heist movie Swelter (2013). In Enemies Closer (2013), he lets Tom Everett Scott be the ex-Navy-SEAL park ranger during a Die Hard (or, let’s be honest, Sudden Death) takeover scenario in a state park while he plays the bonkers villain, a French-Canadian drug smuggler with a Heat Miser haircut. In another performance that Nic Cage would probably enjoy, Van Damme is introduced disguised as a Mountie and preaching about the environmental damage caused by the meat industry. There’s a scene where he talks to a strawberry, and one where he says, “I hate guns,” after killing a guy with a leg-choke. It’s a pretty solid movie, but Van Damme’s oddball character and deadpan performance truly make it special.

Kickboxer: Vengeance (2016) is a remake of Van Damme’s Kickboxer starring stuntman Alain Moussi. When Tony Jaa dropped out from playing the mentor character, JCVD stepped in. You’d think they would want him to play an older Kurt Sloane passing the torch to a new generation, but instead they stuck with a remake, with Moussi playing Kurt and Van Damme playing a much more eccentric new character named Master Durand, who spars and fights while pointedly refusing to remove his hat or sunglasses. In the even-better-sequel, Kickboxer: Retaliation (2018), Durand has somehow been blinded since the last time we saw him. You get the feeling Van Damme must have told them on the first day of filming that he wanted to play it blind this time, and they just went with it.

Even in his starring roles, Van Damme continues to expand his repertoire. In the Amazon series Jean-Claude Van Johnson (2016-2017) he plays himself again, this time for laughs. He sells the premise - that he’s actually a covert agent who films his movies as a front for missions - with note-perfect seriousness. On the other side of the spectrum is The Bouncer (2018), aka Lukas, a gritty crime drama in which he plays a burnt-out security guard caught between counterfeiters and police. And his most recent movie, We Die Young (2019), has one of his best performances to date. In sort of a DTV riff on Cary Fukunaga’s Sin Nombre, he plays an oxycodone addict with a throat injury that forces him to do all of his communication by typing into a computer, gesturing, or looking at people with those tired, sad eyes. It’s a movie that could benefit from some kicking and some splits, but it also proves that his acting alone can make a movie worth watching.

I’m not sure Van Damme will ever return to the mainstream recognition and success he once enjoyed. But it’s heartening to know that even an extra from Breakin’, who was rejected from Predator and made famous for being able to kick and say funny lines through a thick accent, can pass his physical and box-office prime and then start to get really interesting. As Stan Bush sang in Kickboxer, “Never surrender.”