Prop Makers Go to War Against the Coronavirus 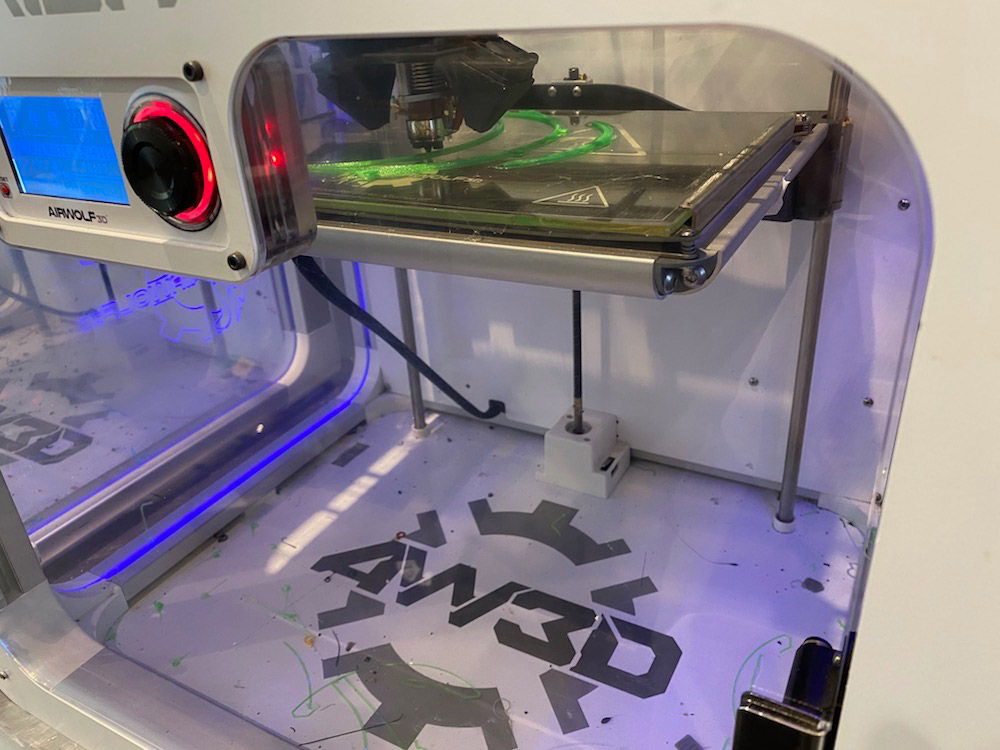 Prop Makers Go to War Against the Coronavirus

ilm sets are fun places to work. There are loads of interesting people to talk to and catered food being served throughout the day, no matter how late the day ends. Even when you’re just standing around waiting to do your thing, you can watch scenes acted out and stunt people being yanked into the air by cranes. I usually work on the prep side, but working on-set is always a treat because that’s where the action is. The tip of the spear in America’s fight to bring the people entertainment.

I started carrying a pocket full of Clorox wipes in a Ziploc bag in early March. Then bar stools with hand-sanitizer dispensers on them were placed in every hallway and all around the stages. The next change was the removal of self-service food; all meals were to be individually wrapped and handed out. That lasted about a day before they decided the safest thing to do was just shut it all down. Everyone came to that decision at about the same time: Within a couple days, every major studio had shut down all productions. We were prepping the last episode of a long season and they said to stop all work. Shows I was doing side work for called and canceled jobs and asked for final invoices.

People who work in this industry are lucky. We always have a good answer when someone asks what we do for a living. The pay is good, great for some, but even regular crew members do well and the industry employs people from just about every trade. You have electricians, carpenters and truck drivers alongside the fancy-pants film-school eggheads. There’s a job for everyone. Not everyone makes actor or producer money, but everyone is accustomed to sporadic work with occasional extended breaks and prepares for them if they’re smart. Hopefully, this break doesn’t last as long as we’re all afraid it could. Studios are risk-averse, and seeing some of their biggest stars getting sick with the Wuhan doesn’t bode well. Who wants to be the one who pushed America’s Sweetheart Anne Hathaway to get on a plane and see her come down with a bug? Even after everyone else returns to work, we might still be cooling our heels until there’s a vaccine. The people need content though, so we’ll keep the faith and hold the line.

In the meantime, there’s work to be done. Work of a different sort. Prop makers have put our 3-D printers to work making face shields for organizations such as @masksfordocs that manage distribution and connect makers with hospitals in need of personal protective equipment (PPE, #ppeshortage). This is something anyone with a large enough 3-D printer can do as well. Josef Prusa (@prusa) has designed a kit that has been produced thousands of times on 3-D printers around the world in the past few days. It’s an open-source design free for anyone to produce. It has a non-commercial license, and those who use it are discouraged from charging anything and definitely no more than enough to recover the cost of materials (sounds like Commie talk, I know, but this is the agreement you enter into by using this design). One of the big three auto makers is currently producing this design and says it will be producing 100K per week soon. It's unclear if they’re going to credit the designer.

These face shields have 3-D-printed visors that hold a plastic sheet and protect plague responders’ faces when dealing with patients. The sheet is cut with a laser cutter, but for shops lacking that tool, the printed visors can be sent to others for assembly. The material used is PET for the printed parts and plastic shield. Thermoformed plastic parts that go straight into a Ziploc bag are clean, but not sterile. The hospitals receiving these know this and take additional steps to make sure everything is safe.

Hospitals also need N95 masks. The people asking for supplies don’t always know the limitations of 3-D printing and will ask for masks. There isn’t a good 3-D printed solution for those, despite the claims made by some charlatans out there. For this, the best alternative is old-fashioned sewing. There are several good how-to’s out there on how to make effective face masks from cloth. Seems like everyone’s favorite pillow company is stepping up to the plate on that front and will be producing millions very soon. Until then, makers with sewing machines are plugging away to fill the gap.

While my legion of robots crank out parts for face shields and everyone waits to go back to work, I’m keeping busy by making plague-themed artwork. Making things is satisfying in a way like no other, and if it also helps others in a time of crisis that’s even better.