Quentin Tarantino: If Not Now, When? 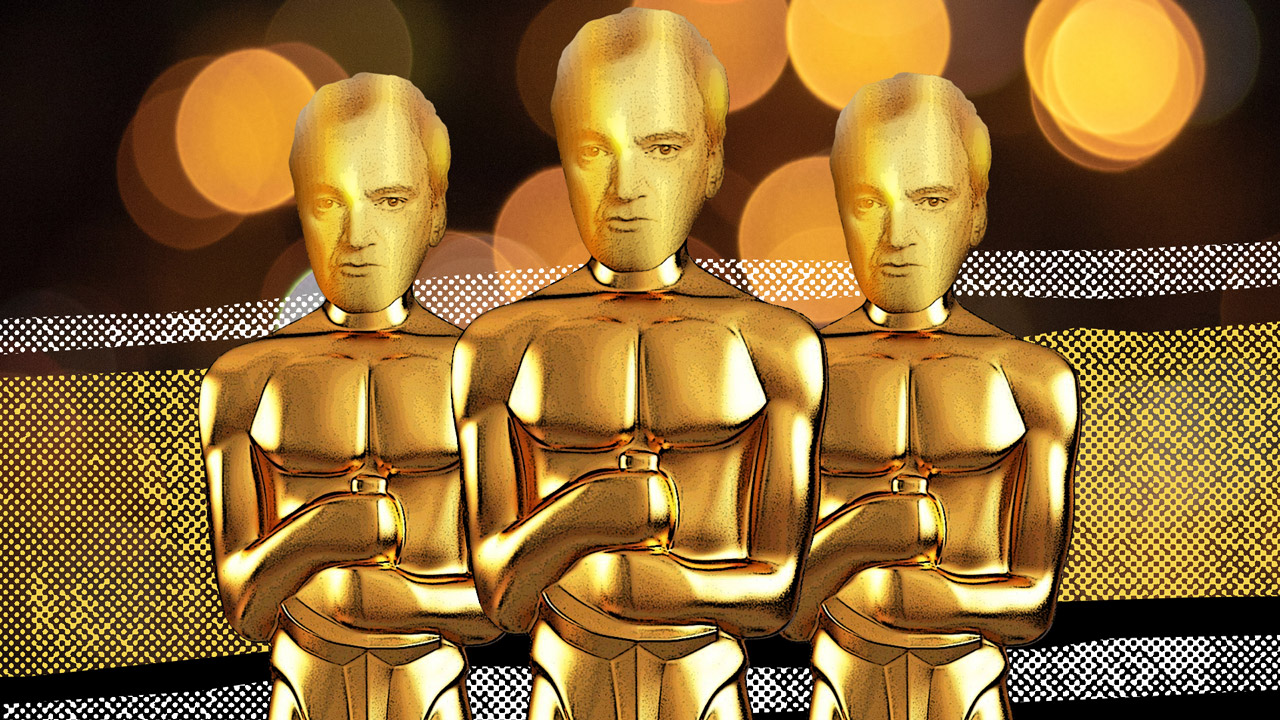 Quentin Tarantino: If Not Now, When?

Quentin fucking Tarantino is inarguably the greatest director of his generation. If you disagree, just ask his pals Paul Thomas Anderson or Christopher Nolan; they’ll say the same thing. But, like them, QT is yet to be acknowledged by the Academy as Best Director of the Best Picture of the year. And it’s a disgrace.

This is, potentially, the Academy’s last honorable chance to correct the mistake. Sure, Tarantino’s got one entry left in his canon of 10 features, but he’s made it clear that his tenth is going to be a postscript to his career, an epilogue, not a conclusion. Once Upon A Time … in Hollywood is the true ending, and it needs to be a happy one.

The cynically minded will wonder if Tarantino is aware the Academy can sometimes need a nudge, thanks to its habit of waiting to reward directors who are so consistently brilliant it’s assumed they’ll get several chances to win the top prize. With his retirement plan, he’s very specifically telling them that this is it, this is their shot.

And, if he wins, this will be no Departed, no Scent of a Woman, no lesser work gaining glory to make up for years of being overlooked. Once Upon a Time … in Hollywood is Tarantino’s masterpiece, the culmination of everything he’s had to say so far.

It contains references to his entire filmography, even the stuff he didn’t direct. But this is no Easter-egg mosaic: it’s more than the sum of its nods. This is a film with something to say, about nostalgia, pop culture, and glorious movie violence.

All of these things have been in the cinematic conversation since Quentin first sauntered into film, sipping a straw full of Coke. In Once Upon a Time … in Hollywood, he deconstructs all of it, delivering it back to audiences in a way that suggests he’s had the answers all along.

Of course, QT’s going to win Best Original Screenplay for Once, because he always does. It’s his pat on the head, his “There’s a good boy, this is what you do, this is what you’re good at. Now go and put it with the rest.”

I’m not diminishing that achievement. He’s a writer of such clear brilliance that he cannot be ignored. But still: it’s a consolation prize. And I’ll say it again: Quentin Tarantino is the greatest director of his generation. Every single entry in his filmography contains directorial choices that are easily the equal of the words that have set them in motion.

Max Cherry slowly going out of focus when Jackie Brown leaves his life, because he no longer has meaning. A man chopping wood in a glorious wide, before a white sheet gets pulled aside to snap approaching Nazi vehicles into focus. An impossible fight, with impossible odds, shot impossibly; one woman against an army, the camera moves and edits as impressive and unrepeatable as any complex martial arts pattern within the sequence. Leonardo DiCaprio’s Rick Dalton unleashing his rage in an — unscripted — trailer tantrum. John and Uma dancing. A story told in shadow by a German dentist, his movements flickering onto a rock like it’s some primeval form of cinema, being projected by the fire behind Django’s shoulder: Plato’s cave reimagined as a movie hall.

Projected by fire: That’s as good a description of Tarantino’s work as any, with each entry powered by an unquenchable passionate force that decimates its rivals completely. Tarantino is a genius on every cinematic level, be that verbal or visual. And the failure of the Academy to recognize that is symptomatic of their irrelevance.

So, why is he overlooked year after year? And will it be the same this time around? In 2020, Quentin’s Best Picture competition comes from two main places, 1917 (fine, but not fit to spit-shine Inglourious Basterds’ boots) and Parasite. Ironically, Tarantino might be distantly responsible for Parasite’s success. His championing of Oldboy at the Cannes Festival he chaired opened the world market for Korean cinema, previously ignored by American audiences.

Where Oldboy led, Parasite follows, and that’s ignoring the significant plot parallels between those two movies. And, again, it’s a description that could be applied to Quentin himself. Where he goes, cinema follows, not just in his numerous imitators (though he’s yet to be bettered, even now) but in film culture in general.

Quentin is our blockbuster hero. He is the leading light of outlaw cinema, blending psychotronic and B-movie influences into works of art that pack out cinemas weekend after weekend (a stunning achievement in the current culture war against original movies) while acknowledging and championing forgotten films that have no other voice behind them but his.

That’s probably why he’s ignored; if he talked more about Godard and Fellini (not that he doesn’t mention them), or worse, Tom Hooper and Rob Marshall, maybe he would be accepted by the clique. But Tarantino is an outsider artist, a Leone, a Peckinpah, a Hitchcock — and none of those won Best Director either (Rebecca got Best Picture, Hitch a lifetime achievement award; Tarantino could be in for the same fate).

If there’s any justice, Tarantino will be rewarded for all of it right now. For his open love of the medium, for his perfect back catalogue, for his peerless vision, his tireless dedication to providing an intensely visceral experience for his audiences and, most importantly, for his Once Upon a Time … in Hollywood, the best film of the year by the best director of a generation.

Still, if yet another injustice is served this weekend, we really hope there’s some tux-wearing old pal sitting nearby to point finger-guns at him and say — “Hey! You’re Quentin fucking Tarantino. Don’t you forget it.” Because he is, he really is.