Tarantino Thanks the Hot-Take Artists for Their Service 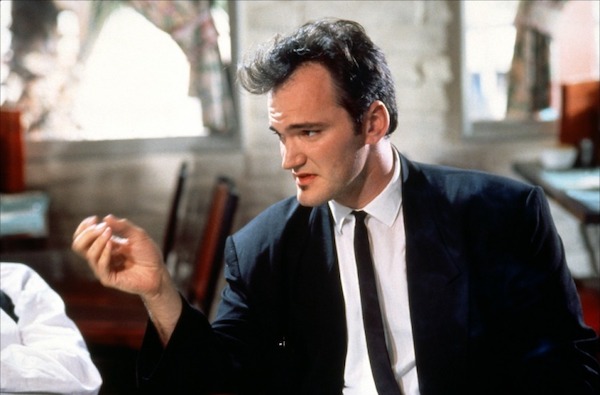 I do not reject Mr. Brown's hypothesis.

Tarantino Thanks the Hot-Take Artists for Their Service

uentin Tarantino has never been one to suffer foolish questions lightly, and it was heartening to hear his response when asked why Sharon Tate (Margot Robbie) had so few spoken lines of dialogue in Once Upon a Time … in Hollywood: “I reject your hypothesis.”

“I reject your hypothesis” is a much-needed mantra for these trying times. From the foolish inquiries about Robbie’s lack of lines to similar complaints about Anna Paquin’s portrait of familial grief in The Irishman to hand-wringing over Clint Eastwood’s decision to spice up the drama of Olivia Wilde’s journalist in Richard Jewell, it’s a refrain directors should keep in mind when they’re making the press rounds.

“I reject your hypothesis.” It’s short, sweet, to the point. More often than not, the dismissive tone is warranted. Consider the case of Once Upon a Time … in Hollywood: if you spend that movie counting up the number of lines uttered by Robbie as Tate, you are missing the point. If you sit there wondering to yourself if the film passes some even-more-deranged version of The Bechdel Test instead of immersing yourself in her joy of life, soaking in the worried glee with which she watches herself on the big screen with an audience of paying customers — smiling softly to herself when they clap in the right places, laugh in the right spots — you aren’t appreciating a piece of art. You’re mongering for grievances.

“I reject your hypothesis.” It’s the only response to someone who sits through three-and-a-half hours of The Irishman and rather than being brought to tears at the silent dissolution of Frank Sheeran’s (Robert De Niro) family life, sees Paquin and wonders “Gee, why isn’t Peggy’s silent judgment vocalized? Why does Scorsese hate women so much he has to keep them silent?” If you can’t appreciate the little looks that Paquin makes — her joy at the party celebrating her father; her worry for family friend Jimmy Hoffa (Al Pacino) as specters of evil like Russell Bufalino (Joe Pesci) hover on the edges, planning his demise — you simply can’t appreciate the art of cinema. You have no idea what acting actually is.

“I reject your hypothesis.” The case of Kathy Scruggs (Olivia Wilde) is a bit trickier, given that she was, well, real. But show me a movie that hasn’t spiced up a character by throwing some sex into the mix. No biopic fails to stray from pure bio; they all lean into the pic. The complaints from members of the media about Richard Jewell were so comically overblown that they almost reinforced the film’s thematic concerns about a lack of accountability in the press: Here’s a film about the destruction of a good man’s life at the hands of the government and the mass media, and all the mass media cares about is rehabbing the image of the person who blew the story.

“I reject your hypothesis.” Deploy it freely, directors: you’ll get plenty of chances. But even the dumbest of hypotheses can serve a purpose: It keeps people talking about the movie in question. And coming to this realization is how Quentin Tarantino stopped worrying and learned to love the hot take.

“You’re being very sweet about a lot of the snotty think pieces that came out in the wake of the movie, but it took me a long time to realize something,” Tarantino told Deadline’s Joe Utichi. “I didn’t feel like this before, and I would get mad at those things. Now, some of those pieces, yes, I think they’re being incredibly unfair in a lot of ways. But they’re not hurting me. They’re actually, in their own, ass-backwards way, helping me. They are keeping the conversations alive. They are creating an argument about the movie. And frankly, maybe more important than a conversation is an argument. If you’re going to have an argument, you need somebody on the opposing side. So, I might think they’re dicks — and definitely, I think some of them were very, very unfair — but they were helping me in their own way, because the movie was worth fighting about. The movie was worth the arguments.”

“I reject your hypothesis.” A zen koan for our times and a phrase every director should commit to heart. But they shouldn’t be afraid to lean into the faux-controversies that serve as the coin of the digital realm, so long as it means people are talking about their movies.