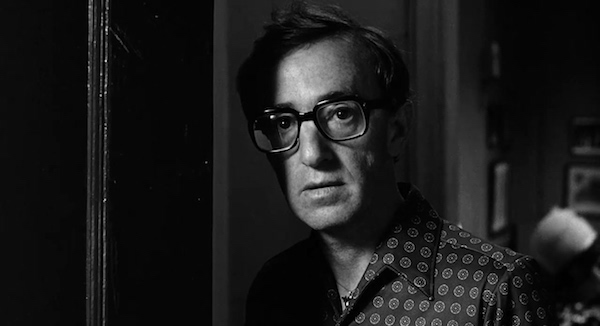 thing I have been wondering quite a bit recently: Will one of the upsides of the coronavirus epidemic be speeding us through our age of frivolous outrage?

I ask because I realized the other day that Woody Allen’s memoir dropped and I haven’t seen much in the way of outrage-mongering that the Oscar-winning writer/director had been allowed — allowed, the nerve — to publish his book by a New York City imprint. Remember the before time? The long-long-ago? When the revelation that Woody Allen had a book deal caused a week of hand-wringing and consternation and walkouts by very concerned people who received much adulation on Twitter for their stunning and brave effort to stand up for … well, something or other. Victims, I guess?

It’s honestly kind of strange to think back to a time when this was a matter of pressing national concern. When it was front-page news, when videos of the walkout dominated Twitter, when we had time to worry about what sort of message it was sending that a guy who has been making movies for almost half a century was allowed to publish a book defending himself against accusations that have never been proven or litigated in a court of law? That was like four weeks ago. It’s been a long year since then, amirite?

I’m not a Woody Allen defender, exactly — I’m not a huge fan of his movies; I have no skin in the game either way — and I wouldn’t say that I’m anti-anti-Woody either. I write this piece not to downplay the concerns of family and friends of Dylan Farrow, Woody Allen's daughter by Mia Farrow who has for years maintained that Allen sexually abused her; it’s obviously their prerogative to be upset about his continued public presence. I do find it troubling that a guy can have his life and his reputation destroyed without anything resembling due process and I find it obtuse, at best, for people to say that this wasn’t about freedom of speech, that no one is trying to stop Woody Allen from speaking out. Commerce-by-whim-of-the-outraged is a weird standard to have set and accepted, though I admit that what constitutes mere outrage and what constitutes justified anger varies depending on the subject and the target.

But what was striking about the L’Affaire Apropos was how uncomplicated the whole thing was treated. How flattened out the debate had become. How binary. Allen has been reduced to a Polanski-like figure. But Polanski is a fugitive from justice; neither he nor his victim dispute what happened. With Allen, it’s still an open question. And the very openness of that question is what likely sparked the heated reaction when news of his memoir broke. Given the uncertainty, the safest course of action is to silence him. To stifle his book, to force him to suffer the ignominy of self-publication, to paint him as some crank on the street resorting to a vanity press because no decent house would publish him.

Anyway. The book came out. You may not have realized it when it happened. Because there wasn’t a week’s worth of outrage. Because no one has time for empty outrage anymore. Because the world is fundamentally different now than it was a month ago. Because these are more serious times. It’s telling that the scant bits of outrage-mongering haven’t really made any waves … does anyone actually care that Woody Allen said his female actresses were attractive? Of course they’re attractive, they’re world-famous movie stars. No one has time for anger and angst and agitation about a man truthfully summarizing a woman’s appearance.

The urge to monger outrage hasn’t totally fled the scene, of course. (E.g., all the whinging about whether or not we should call the virus that originated in Wuhan and spread because the Chinese government covered it up with the aid of organizations like the WHO the “Chinese flu.”) But the reduction in such stories is marked, both in their number and in their saliency. We’re back to fighting about things that matter — about how and when and where to deliver financial aid; about doing what’s needed to keep our hospitals from overflowing with corpses — and there’s something … well, almost reassuring about that.

We’ll kick the coronavirus’ ass, eventually. But before we do, let’s also hope that one of its victims is the sort of cheap and easy outrage that social media trafficked in for so long.

Sonny Bunch is the editor-in-chief of REBELLER.