‘The Hunt’: A Pro-Hate Satire 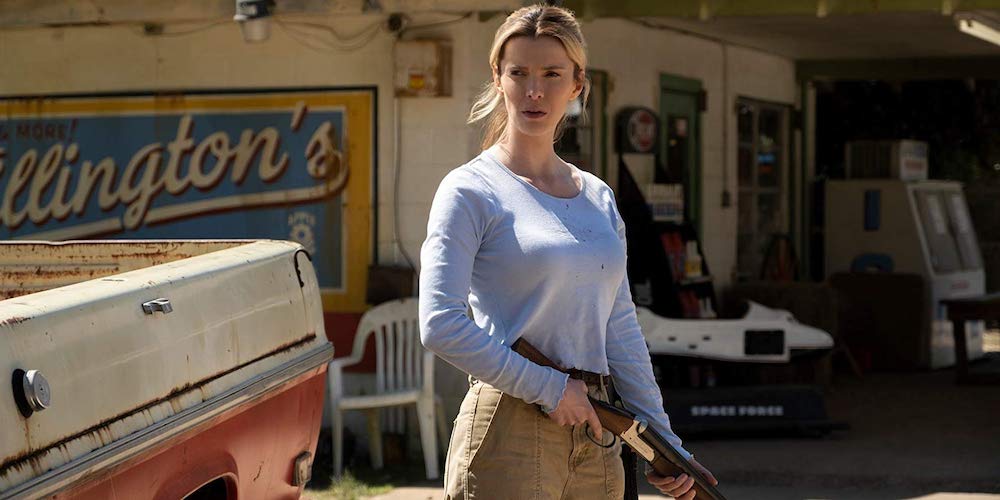 ‘The Hunt’: A Pro-Hate Satire

hen Jojo Rabbit was making the promotional rounds, the studio described it as an “anti-hate satire.” This phrasing was, on its face, kind of stupid. OK, totally stupid. Of course it’s anti-hate. What kind of satirical film would be pro-hate?

And then I saw The Hunt and I realized what that might look like. The Hunt is a pro-hate satire, and I mean that in the nicest way possible. It’s not pro-hate in a bigoted way — it’s not pro-racism, duh — but in a spiteful way. It’s a gleefully hateful movie, a movie that looks at our particularly stupid moment and recoils in disgust at the way our various hatreds have blinded us to the humanity of those on the other side of a computer screen. It’s the cinematic equivalent of a bumper sticker: Not quite “the only thing I can’t tolerate is intolerance,” but very close. “The only thing I hate is your five-minute online hate.” Something like that.

The picture begins with a bunch of Globalist Cucks™ yukking it up over text message about the failings of the president and discussing that year’s hunt of a dozen deplorables at “the manor” before shifting to an airplane on which said cucks are transporting a drugged group of Deplorable Bigots™ to be hunted for sport.

The brief detour on the private jet really sets the tone of this thing, and whether or not you care for what happens will determine how much fun you’re going to have. Richard (Glenn Howerton, reveling in his Always Sunny-developed smarm) asks a stewardess if she has ever had caviar, really rubbing her face in his wealth and cluing us in on his garish cluelessness. When one of the hunted wakes up, he’s murdered in brutal and bloody fashion — turns out a high heel can pull out a foot or two of optic nerve with just the right application of pressure — but it’s okay because, hey, he was probably a racist.

It’s on the nose, it’s over-the-top, and it’s grotesquely violent. But that’s kind of the point. It is the literalization of our online Todestrieb, our internet-based Freudian death drive, our desire to self-destruct even as we tear down those who we believe to be our enemies. When a deplorable grabs a gun and puts it to her own head after being blown in half, sneering “snowflake” at the man who refused to put her out of her misery, all we can do is laugh. When a pair of Boomers argue about whether or not NPR, in all its whiteness, has the moral authority to enforce a language shift from “African American” to “black” even as their own morals have led them to viciously murder three people and their own comeuppance is striding to the door in the form of Crystal (Betty Gilpin), all we can do is snigger.

This is the world they’ll die in.

And it’s a world that The Hunt asks us to recoil in horror from even as we laugh at it. The controversy surrounding this film is as notable as the film itself: Briefly, following a series of public shootings leading to concerns from progressive thinkers about its propriety and a subtweeted denunciation by the commander in chief himself, Universal decided to put a hold on the movie last year. (That it’s coming out now as the global economy collapses and theaters are, in all likelihood, about to shut down entirely, just goes to show that this is, in fact, a cursed movie.) Everything about its cancelation was dumb, as the easily offended will find as much material to enjoy as hate in this picture: It would take a heart of stone not to laugh at the elite crowing about a like from Ava Duvernay on his Insta post or the deplorable claiming that crisis actors obviously have “crisis babies.”

I’m not sure how well The Hunt will hold up over the years. Much like the abominable Black Christmas reboot released last year, it is Very Much Of This Moment, relitigating the sorts of fights you see on Twitter all day every day. (Seriously, Black Christmas had a mansplaining professor cite Camille Paglia positively and I was like, “ah, yes, I remember this particularly stupid online fight from 18 months ago,” itself a sign that I need to get off Twitter more frequently.) By adhering to a rigorous no-sidesism rather than acting as if one set of complaints is uniquely privileged in our incredibly stupid world, however, The Hunt serves as a blast of bloody fresh air. It’s probably not going to win any hearts or change any minds, but it might give you a hearty laugh or two as you make one last sojourn to the theater before you self-quarantine.

Sonny Bunch is the editor-in-chief of REBELLER.