'Uncut Gems,' One of the Ten (Or So!) Best Movies of the Year 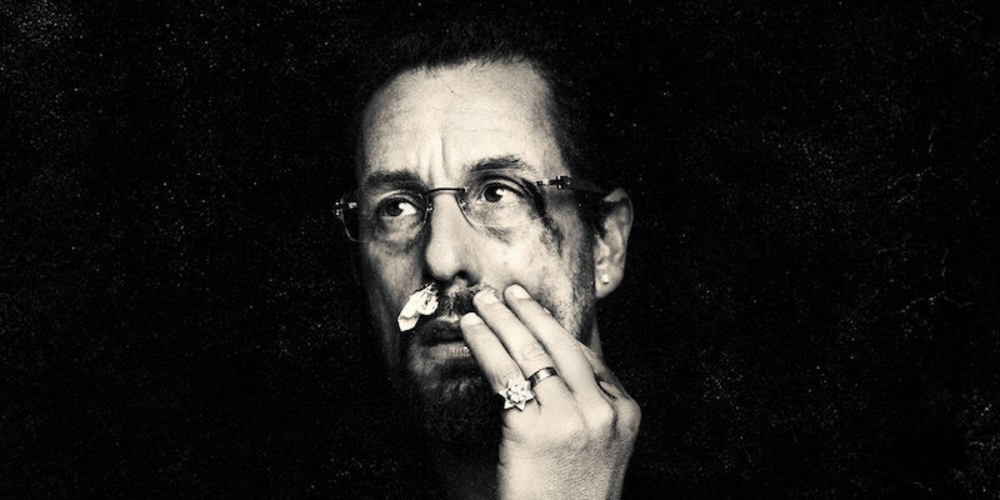 'Uncut Gems,' One of the Ten (Or So!) Best Movies of the Year

here's something to be said for a movie that provokes a physical reaction, a movie that inspires tears or puts a funny feeling in your stomach. These emotional responses tend to be a bit more intimate, more along the lines of If Beale Street Could Talk or Isle of Dogs — who among us doesn’t tear up a bit when Neal (Steve Martin) invites Del (John Candy) into his house at the end of Planes, Trains, & Automobiles? Sometimes size and scope can be overwhelming, as with Gravity (or, for the less couth amongst us, Transformers: The Last Knight). This is cinema as force of nature, the overwhelming essence of which leaves you weak in the knees and a little bit wobbly as your stagger out of the IMAX auditorium and into the daylight.

Uncut Gems, opening nationwide today, is that oddity that hits you hard both ways: it is simultaneously intimate and overwhelming in scope, the sort of film that will move you for the relationships it depicts and leave you feeling viscerally uncomfortable, tight in the chest, veering toward a panic attack as it rushes toward its climax. I've rarely felt more awkward in a movie theater — and I loved every second of it.

Howard Ratner (Adam Sandler) runs a jewelry store in Manhattan, where his mistress Julia (Julia Fox) works. The mistress lives with him in his apartment, where he's avoiding his estranged wife Dinah (Idina Menzel). These personal problems are compounded by the fact that Howard's a degenerate gambler, one who owes money to people all over town, including his brother-in-law Arno (Eric Bogosian). To pay them off he runs a variety of scams — like pawning Kevin Garnett's championship ring, held as collateral while Garnett hangs onto the eponymous unaltered stone that drives the film’s action — to get money to make bets he shouldn't be placing. You wonder how anyone can live like this, the threat of violence looming overhead and ready to explode at any time from a handful of sources.

Josh and Benny Sadie have crafted a film so tense it’s likely to make you break out in hives. At one point, the over-sized KG is trapped in an under-sized security booth as Howard travels back and forth grabbing tools to break them out, the camera gliding with him, never breaking from the action, never cutting away, as time slips away on one of Howard's various scams. To call this sequence claustrophobic is to understate the matter; to call it uncomfortable doesn't do it justice. By the time it's over, you're ready to scream at the screen, beg them to make it stop.

And Adam Sandler is perfect here, just nails every note. His naturally manic personality reflects the escalating parlays he’s banking on to get him out of his financial hole, his ability to effortlessly shift between tears of frustration and yelps of joy a minor miracle to behold.

So yeah, Uncut Gems is on the list of ten (or so!) best movies of the year. Some films that just missed the cut: Spider-Man: Far from Home (by far the best of the MCU movies released this year); The Irishman (the only movie this year I’ve watched that diminished upon repeat viewing); Dolemite Is My Name (probably the hardest one to drop; Murphy and Snipes are both solid gold in this throughout, and I love the story it tells about people making movies they want to see and their community wants to see because no one else will); and Ford v. Ferrari (the year’s definitive Dad Movie).

So what did make the cut? Read on! (Note: for reasons of fairness, all CINESTATE-affiliated titles are not eligible for this list. That said, I took this job in large part because of the excellence of Dragged Across Concrete (reviewed here) and The Standoff at Sparrow Creek (reviewed here). So, you know, take that for what you will.)

Went into this one expecting to be underwhelmed — I’ve never cared for Awkwafina’s affect and The Discourse surrounding this movie was frequently a tiny bit hectoring — but it’s great! Just a really lovely look at familial struggle, generational difference, the atomization of modernity, and the difficulty of bridging the east-west divide. It’s like a good version of Crazy Rich Asians! Plus, Lulu Wang has some really great little comic moments, like the drinking game at the wedding. Great experience!

I know some people think this isn’t as tight as Get Out and doesn’t make quite as much sense, and they’re probably right, but a.) I loved the nightmare logic of the whole underground world thing, and b.) I find Us’s exploration of class far more interesting than its predecessor’s exploration of race. Plus, Tim Heidecker deserves a Best Supporting Actor nomination for his work as the dopey rich neighbor. On this I shall not budge.

I predicted this would be “the best big-budget comic book movie released in 2019 about a super-powered young woman who feels compelled to protect the innocent and is having trouble remembering her past,” and I was right! Sure, it’s a bit corny. I’ll grant that some of the performances don’t quite work. But the design is amazing and the action sequences are genuinely thrilling.

The best ongoing franchise and it isn’t particularly close. I also think it’s asking deeper questions and making deeper points than most realize, but even if you don’t care about classical Greek virtues there’s tons to love here. I’ll watch these movies until they stop making them and I know I’m not alone.

I do think Todd Phillips cops out a BIT by having Fleck (Joaquin Phoenix) kill only those who “have it coming.” If you really want to get into the horror of the Joker’s madness, the cruelty of his anarchy, and the unsettling nature of true social revolution, you have to see him kill Zazie Beetz’s character. Still, a great, unsettling movie and the quite clearly the product of an interesting, unsettling time.

2. Under the Silver Lake

If Once Upon a Time … in Hollywood depicts Los Angeles as a pre-Manson Eden, Under the Silver Lake looks at it as a post-Manson cauldron of insecurity and fear. But the movie’s true brilliance is in the way it confirms that all of the lead character’s conspiracy theories are true: there ARE messages embedded in reality; the wealthy DO have a trove of knowledge and a deep well of secrets. And yet, this knowledge brings him no happiness because his problems come from within. Blaming the world for your own unhappiness will not bring you joy. I’ve watched the movie three times now, and each time that phone call at the end — “How are you?” “Not great.” — wrecks me more.

Also, the songwriter scene is the best scene in a movie released in 2019 and has more to say about the state of the entertainment industry than anything else I’ve seen this year.

1. Once Upon a Time … in Hollywood

Just a masterpiece, from start to finish. Brilliantly acted, expertly written, tightly edited. Quentin Tarantino’s evolution from a filmmaker fascinated by the power of film to a STORYTELLER fascinated by the power of stories to mold our very conception of reality is complete. And if you spent Once Upon a Time ... in Hollywood adding up the number of lines uttered by Margot Robbie as Sharon Tate, you should be forbidden from watching movies. You don’t deserve them.