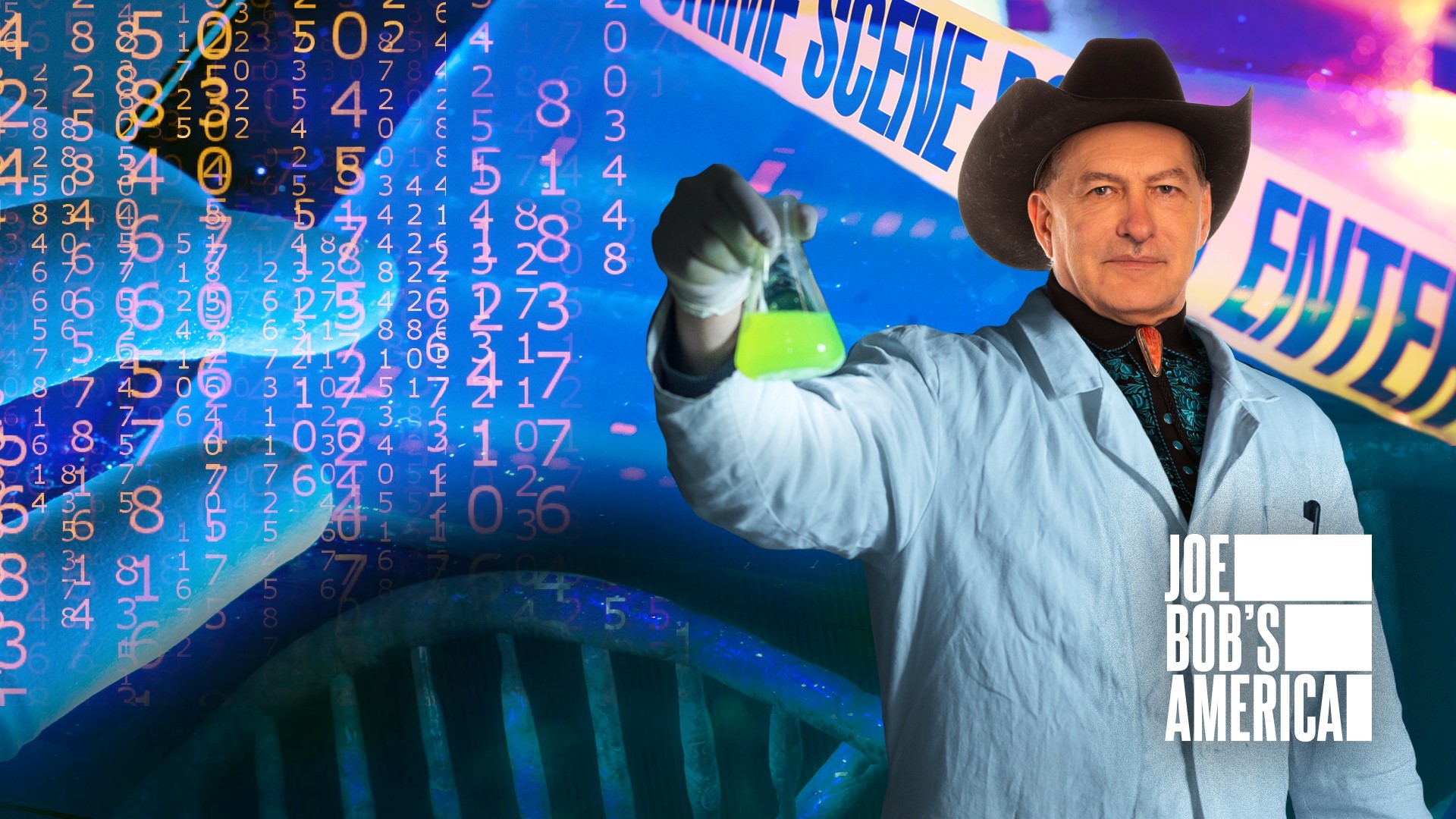 ROSWELL, N.M. — Later this week the HLN network — the redheaded stepchild of CNN — will premiere a 16-episode season of Forensic Files II, which they promise will be extremely loyal to the format and themes of the 406 episodes of Forensic Files that ran between 1996 and 2011 on TruTV but now so dominates HLN in re-runs that they might as well call it the Forensic Files Network.

If you’re studying marketing at the Wharton School of Finance, this is what they call Grassroots Forced Rebranding. The murder-porn addicts of America — and I count myself among them — created ratings for the re-runs that simply could not be ignored as one program after another fell into the HLN trash pile, unable to compete. It’s not even so much the numbers that matter, it’s the fact that once you have a certain number of viewers locked into the Forensic Files format — a murder, a mystery, a scientific investigation, a breakthrough, solution and punishment! (this is the orgasmic part) — they’ll watch eight episodes in a row and surf out if you direct them to other programming. Then you have to fight to get them back later in the day.

There hasn’t been a new Forensic Files episode in nine years, which means some of the cases are starting to seem badly dated, but the original producers have retired and, more importantly, Forensic Files narrator Peter Thomas passed away in 2016 at the age of 91. Peter Thomas had a 70-year career as the smoothest, most authoritative voice in radio, television, and film, and he could explain arcana like the gas chromatagraph mass spectrometer, Luminol, and predictive crime-mapping tools in such an effortless way that it seemed like we all understood exactly how each forensic technique worked. Or, to put it more accurately, we never understood how any of it worked but we believed Peter did, so we trusted that these were fail-safe investigative procedures. For most of us, the voice of Peter Thomas is Forensic Files. So God bless Bill Camp, the veteran New York theater actor, as he inherits that microphone and tries to keep the mob appeased.

But that’s not even the most daunting challenge for the new Forensic Fileans. The show is also a miracle of compact three-act writing that never gets dull while telling extremely complicated stories, sometimes years in length, in 22 minutes. And to put even more pressure on the writer, each episode has to have at least one sequence explaining the science behind a forensic technique. I once wrote a book about a murder case and it took me 392 pages, and I still wasn’t sure I’d covered everything.

When Forensic Files debuted in 1996 as Medical Detectives, it was even more science-oriented. The difference between the earliest episodes and the later ones is that increasingly the focus of the show moved farther away from science and started getting into the emotional aspects of each murder case. (Forensic Files is not limited to murder — the series features disasters like the London Underground fire of 1987 and the 99-vehicle pileup caused by fog on Tennessee’s Interstate 75 in 1990 — but 90 percent of the episodes are murder investigations.) So you would see these closeup interviews with the victim’s loved one, talking about the day they learned of the murder, or you would see the sentencing testimony, in which the families are allowed to hurl down predictions of eternal torment in hell while the convict is forced to listen. Judges and defense attorneys are remarkably silent when family members say things in “victims’ testimony” that would obviously be out of order in any other context. Sometimes the kinfolk of the murdered person will go so far as to express a hope that the murderer be raped or killed in prison — and this is apparently considered within the decorum of courtrooms that are otherwise devoted to blind justice.

After Forensic Files established the formula in the mid-’90s, more luridly sensational shows emerged on NBC, ABC, CBS, and, since 2008, Discovery ID, which is pretty much 24/7 true crime. All of them were the product of Grassroots Forced Rebranding:

Meanwhile, as murder-porn addiction spreads across the continent, we’re engendering an Us vs. Them culture. There’s no longer any feeling of “There but for the grace of God go I,” or “The court should show mercy because next time it could be my brother who has an anger problem,” or “What about the families of the killers? They suffer, too.” Death penalty, good. Parole, bad. The tenor of the narratives always tends toward demonizing the criminal. I often wonder, for example, about the mothers of people on Death Row. They have home movies of their son when he was six months old. They have photographs of him smiling at his sixth birthday party. They remember the time he made a cardboard valentine for his mom and brought it home from school. And they also know something about the crime he committed and may be the only person in the world who sympathizes with his suffering. We shouldn’t ignore them. And we shouldn’t allow our love of Murder Porn to separate us into a nation of the imprisoned demons and the free self-righteous angels. There are a thousand degrees of guilt and innocence and we should pay attention to them. We should kick the addiction and make the third act of true-crime reporting more Dostoevsky and less Agatha Christie. We shouldn’t trust tidy endings, no matter how well Bill Camp voices them on Forensic Files II.