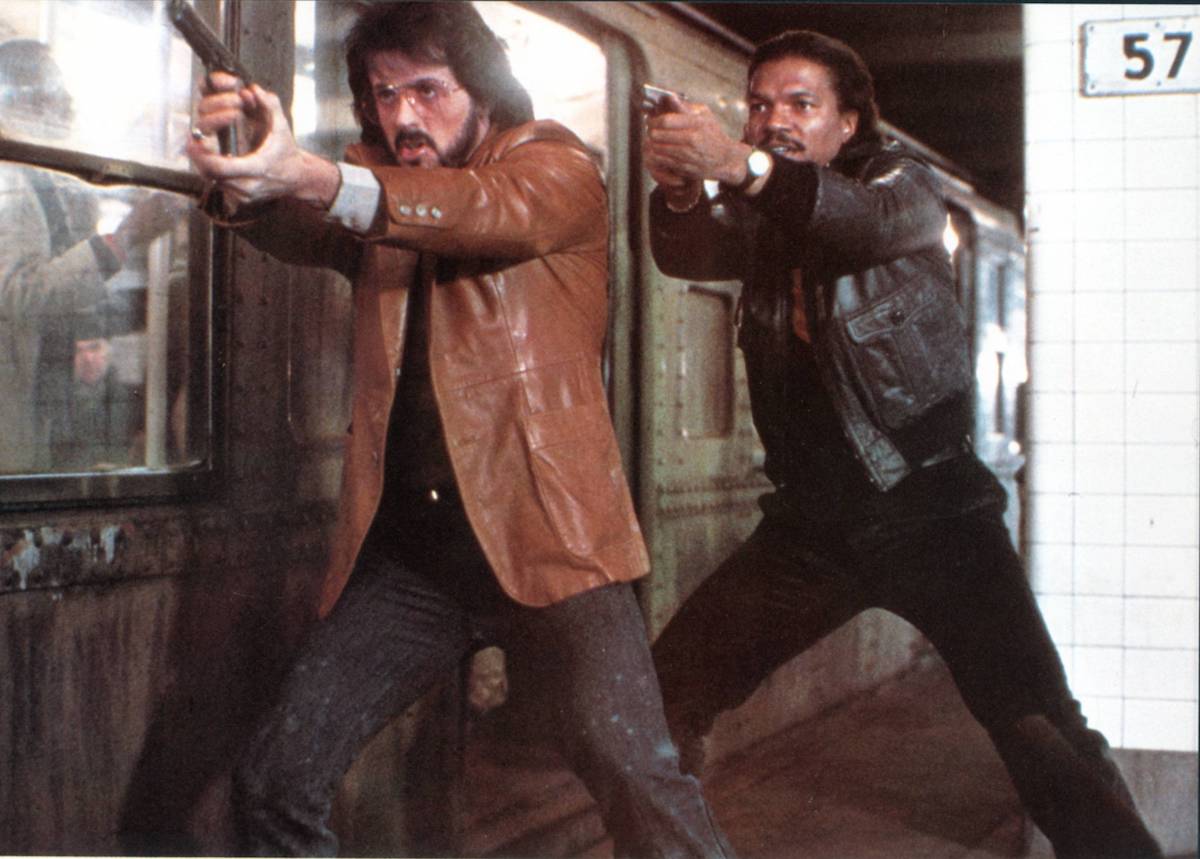 regret to inform you that we were robbed of a surefire legendary buddy cop movie series starring Sylvester Stallone and Billy Dee Williams.

How the hell did that happen?

Stallone and Williams played New York City cops in the 1981 thriller Nighthawks. In terms of a career timeline, here’s what you need to know: Stallone entered Nighthawks fresh off of the commercial success of Rocky II and Williams was barely a year removed from his unforgettable Star Wars debut as Lando Calrissian in The Empire Strikes Back.

Think about that for a moment:

While Nighthawks certainly has its moments and memorable scenes (and Rutger Hauer was an excellent bad guy), by far the best parts of the movie were the little glimpses we got into Stallone and Williams’ relationship. Their dialogue, their digs at each other, their obvious history of being in deep shit together with the police department … all of it. Even their names would have been perfect for a series. Stallone’s character was called Deke DaSilva and Billy Dee was Sgt. Matthew Fox.

You’re telling me Deke & Fox shouldn’t have been the ’80s precursor to Hobbs & Shaw?

It most certainly should have been, but there was one problem. All of the elements of an iconic onscreen duo were staring us right in the face. Too bad nobody was looking for them.

The plot of Nighthawks was originally conceived as The French Connection III, but Gene Hackman was done with Popeye Doyle so he turned it down. The script was then reworked to star Williams and Stallone as a standalone film, which debuted to a modest critical reception and box office. When looking back at the reviews, it’s astonishing how little attention was paid to the buddy cop element. The New York Times review from April 10th, 1981, barely even mentions that Billy Dee Williams was in the movie. It does, however, list all of the major NYC backdrops: night clubs, a Roosevelt Island cable car, Wall Street, the subway, etc.…

Between the set pieces, the star actors on the rise and the chemistry between Stallone and Williams, the studio should have been thinking much bigger. Even the title of the film, Nighthawks, refers to the police officers that work the night shift. Hollywood loves to build series around unique/dangerous niches inside the police department or military or CIA or any other elite task force. After Deke and Fox teamed up against Rutger Hauer’s character, Wulfgar, the stage should have been set for Wulfgar’s brother or organization to get revenge in a sequel that also focuses more on the partners’ relationship and that, over time, became more intense, more action-oriented and more comedic.

This is also known as the Lethal Weapon playbook:

- Up the stakes in the sequels.

- Continue to make the movies bigger and broader as the audience grows and the characters become beloved.

Unfortunately, Nighthawks came out six years before Lethal Weapon, and the playbook only works when studios are actively looking for ways to implement it.

When Lethal Weapon was released in 1987, Mel Gibson’s star was soaring after Mad Max Beyond Thunderdome and Danny Glover had just headlined The Color Purple. The charismatic and entertaining onscreen relationship between Riggs and Murtaugh was undeniable and it is the anchor of the first movie. When Weapon became a hit, Warner Bros. would have been committing movie malpractice if they hadn’t recognized what they stumbled into and moved forward with sequels.

By the '90s, the studios got their act together and were mining their buddy cop catalogs for potential franchises. The result is a slew of action/buddy comedy franchises that made billions.

We got four Lethal Weapon movies, three Rush Hours and three Bad Boys. Incredibly, we even got Stakeout and Another Stakeout.

Nearly all the movies have the same elements that were present in Nighthawks: two cops played by great actors — Mel Gibson & Danny Glover; Jackie Chan & Chris Tucker; Martin Lawrence & Will Smith — huge set pieces and villains, a niche cop unit and a major city to play in.

Stranger yet is the fact that Stallone has a nose for franchises, playing Rocky in a combined eight movies, Rambo in five, and Barney from The Expendables in three.

And yet, we only got one Nighthawks.

I’d like to think that at some point in 1987 a studio executive somewhere was thinking about Stallone’s success in Victory and Rocky III and Billy Dee’s awesome performance in Return of the Jedi as they left a screening of Lethal Weapon and thought, “Shit, we blew it with Nighthawks. Never again. I’m gonna make a ton of Lethal Weapons to make up for it.”

Jon Finkel is the award-winning author of The Life of Dad, Jocks In Chief, The Athlete, Heart Over Height, "Mean” Joe Greene and other books about sports, fatherhood, fitness, pop culture and more. Follow him on Twitter & Instagram: @Jon_Finkel.