You Better Run, You Better Take Cover: Return to Ozploitation 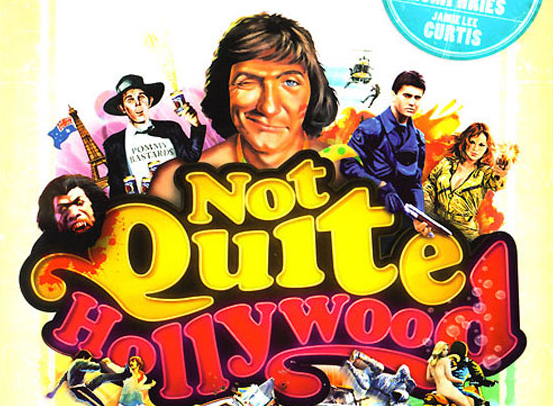 You Better Run, You Better Take Cover: Return to Ozploitation

For the past several years, in my capacity as a horror writer, I’ve had the privilege of taking my readers into strange, frightening, and fascinating places. From abandoned insane asylums prowled by bloodthirsty former inmates to mysterious jungle hotels haunted by the ghosts of colonialism’s past, it’s been my pleasure to open up new worlds and realms of possibility to anyone who has read my work. In my capacity as a contributor to the new REBELLER website, it’s now my honor to take you on a journey to a singularly unique location.

My horror writer origin story begins in the video rental stores of rural Oklahoma, which were curiously well-stocked with the sort of obscure grindhouse and splatter cinema that would quickly ignite my imagination and introduce me to the world of 1970s-era 42nd Street exploitation cinema. Something I’ve never addressed before, though, is that in addition to all those horror movies, the Hollywood Videos and Warehouse Markets of my wayward adolescence also curiously specialized in another esoteric subgenre you wouldn’t expect from a bunch of video stores in rural Oklahoma.

I’ll admit that my journey began with less than pure intentions. Throughout high school, I harbored a massive crush on Nicole Kidman and made it my mission in life to see anything she had appeared in. Other boys at school worshipped Sports illustrated swimsuit models; I was in love with the dreamy redhead from Batman Forever. So it was at the age of 17 I was watching stuff that most teenage boys were absolutely not watching — I was probably the only male student at Broken Arrow High School whose rental history included Portrait of a Lady, Far and Away, Practical Magic, and My Life. If Nicole Kidman appeared in something for only the briefest of cameos, I was going to get my hands on it somehow — such was the extent of my redhead lust.

As anyone who knows me can attest, I’m nothing if not a thorough researcher, and with the power of the burgeoning internet at my fingertips, I made it a mission to compile a comprehensive list of her filmography and then watch all of it — simply looking at the pictures on video boxes at Hollywood Video would not do. What if there were a movie where she played the best friend of the main character, and her role wasn’t large enough to merit a cover photo? What if she had a sizable role in a film from earlier in her career but wasn’t big enough yet to get higher billing?

As my academic dive into the filmography of Nicole Kidman demonstrated, she hadn’t simply exploded onto the American film scene with Days of Thunder; no, she had a vibrant career in her native Australia years before she ever came to the states, and, getting one look at a still of a frizzy-haired Kidman in something called Windrider, made when she was only 18 — my age! — I knew that it was time to make a deep-dive exploration of Australian cinema … well, at least all the Australian cinema she’d made.

As a result of my quest, I made a series of fascinating discoveries. The first was that Nicole Kidman really came into her own as an actress after she left Australia — seriously, even if you’re a fan, her early filmography is primarily of interest only as a curiosity. The second is that, for some reason, the video stores of Oklahoma were positively brimming with Ozploitation movies. And the third is that Ozploitation movies are awesome.

What is Ozploitation? It’s a good question, and one that doesn’t quite have a hard-and-fast answer. The term itself is relatively young, and is popularly attributed to the 2008 documentary “Not Quite Hollywood,” which documents the Australian New Wave movement of the 1970s and 1980s, when the country began to produce films that attained international attention and critical acclaim. Per that film, Ozploitation movies were the down-under cousins of the American grindhouse film: low-budget films packed with sex and violence and meant to appeal to the lowest common denominator of filmgoers. The truth is more complicated than that, though, as the term has also been broadly used to describe any number of straight Australian New Wave films that dealt with darker subject matters or which simply sat outside of the contemporary mainstream. So something like the gritty, grease-soaked original Mad Max can properly be called an Ozploitation film, but, the term has also been applied to the austere, arthouse horror film Picnic at Hanging Rock.

Really, then, it comes down to a matter of sensibility rather than content. What is an Ozploitation movie? It’s a movie that’s uniquely Australian in its content and execution, made by Aussies for Aussies but also for the general consumption of the rest of the world.

Ozploitation cinema has a feel to it. There’s an “us against the world” mentality that permeates it, not dissimilar to the tone of many American- and Italian-made western films. Australia is a harsh continent natively inhabited by Aborigines, who had to be tough to survive in the face of the brutal climate and deadly wildlife, and colonized by people who had to get tough or die. Their movies reflect this independence, toughness, and unique connection to the land — even Ozploitation films set entirely in urban centers carry with them a lingering sense that we’re occupying the last outpost of civilization, and that the characters are never more than some natural disaster or unfortunate life event away from finding themselves facing down with the wild.

Indeed, “civilized” folks finding themselves in conflict with the wilderness in general—and the Outback specifically—is a common theme in several Ozploitation films, from Wake in Fright (in which a genteel schoolteacher finds himself at the mercy of a town of maniacs) to Razorback (an animal-attack film about the scourge of a hypertrophic wild boar) to the aforementioned Hanging Rock (in which white-clad schoolgirls from the upper-crust are subjected to terror and intrigue on a field trip to the titular structure).

Something about these tales of survival and struggle appealed to me, much in the same way that the “Kingdom of the Damned” ethos of 42nd Street films set my imagination on fire. These were glimpses into another world crafted and occupied by people with frames of reference and an outlook on the world far removed from my own, and I wanted to explore them in their entirety. As the cruel ravages of puberty finally subsided, so, too, did Kidman Quest. (Though I still find her to be an amazing actress, her presence in a movie today isn’t guaranteed to get me on board the way it once was.) That period in my life left me with an enduring fascination with and respect for Australian cinema — call it New Wave, call it Ozploitation, call it whatever you want — and, behind horror films, it’s this unique subgenre that’s most consistently held my interest. So, it’s my pleasure to take you on a journey through the rough-and-tumble, fight-for-your-life realm of Aussie cinema. Snap the brim up on your slouch hat, and don’t forget to pack some extra ammunition — this world is beautiful, but it’s also dangerous, and you’d be well advised to come prepared.

Preston Fassel is an award winning author and journalist whose work has appeared in FANGORIA, Screem Magazine, Rue Morgue, and on Cinedump.com; his first novel, Our Lady of the Inferno, won the 2019 IPPY Gold Medal for horror.